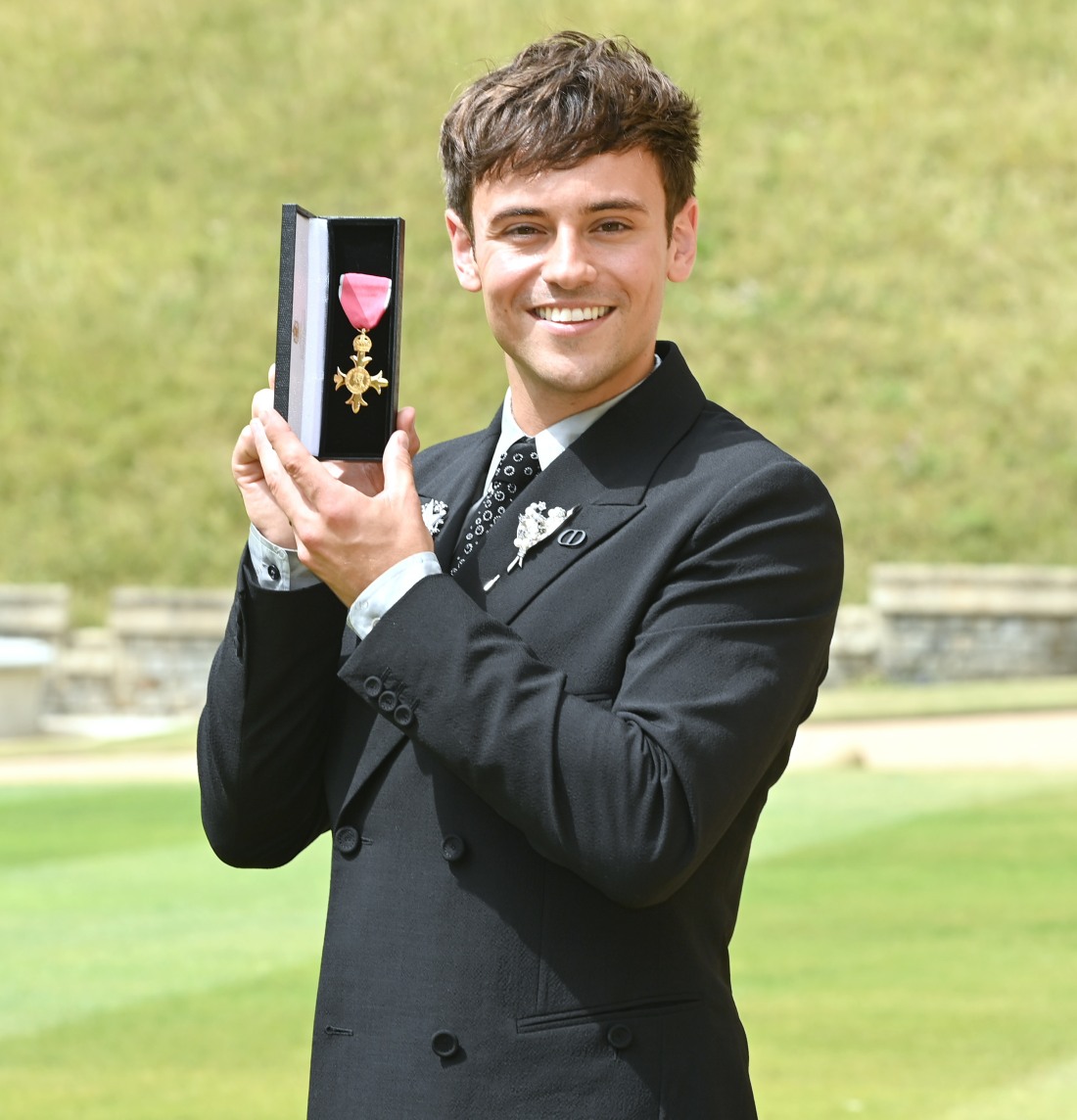 I’m a huge Tom Daley fan. The British diver has been out since 2013, and he’s married to Oscar-winner Dustin Lance Black. Daley won a gold and a bronze medal at the Tokyo Olympics, and he won bronze medals at the London and Rio Olympics too. He’s one of the best divers in the world, and he’s been one of the best divers in the world for a decade. Daley is currently in Birmingham, England for the 2022 Commonwealth Games. He carried the Queen’s Baton at the opening ceremony, and he’s currently filming a documentary about gay rights (or lack thereof) within the British Commonwealth.

Tom Daley continues to use his high-dive platform to promote LGBTQ rights around the world. The Olympic diving gold medalist, 28, made history by carrying the Queen’s Baton while flanked with Progress Pride flags during Thursday’s opening ceremony of the 2022 Commonwealth Games at Alexander Stadium in Birmingham, England.

The display, which was in support those living in countries that continue to criminalize homosexuality, came after months of “painstaking negotiations,” according to the BBC, as more than a billion people were expected to tune in. Daley was joined by athletes and activists he met while filming his upcoming BBC documentary Tom Daley: Illegal to Be Me, for which he travelled through Commonwealth countries where being LGBTQ is still criminalized, often under British colonial rules that remain in place.

“In over half of the Commonwealth countries, homosexuality is still a crime and in 3 of those countries the maximum penalty is the death sentence,” Daley captioned a photo of himself with the group. “These laws are a legacy of colonialism. LGBT+ athletes must be safe and feel comfortable being their authentic selves without fear of persecution or death.”

Daley has previously spoken out against the Commonwealth Games Federation (CGF) as more than half of the countries participating in the games criminalize homosexuality. He was recently given an OBE for his contribution to furthering LGBTQ rights worldwide. Katie Sadleir, CEO of GCF, told BBC Sport last week that there are currently no policies banning such countries from hosting the games, although it is “less likely,” and she wants to implement more policies to protect LGBTQ athletes.

It speaks to how respected and beloved Tom Daley is that he would basically only agree to appear (and compete) at the Commonwealth Games if he could do this and make this stand, and the Commonwealth Games let him. It’s incredibly bold of him, especially considering his image isn’t really that of a hardcore political activist. It’s an example of an athlete using his fame and popularity to do the heavy work. I f–king love that he showed up to criticize the games and raise awareness of how many commonwealth countries – which are tied together through British colonialism – still have anti-LGBTQ laws on the books.