These are the first new photos we’ve had access to of LeAnn Rimes since just before her 30th birthday, which was also the same week that she went into rehab for Twitter. LeAnn was out and about with Eddie Cibrian and Eddie’s two sons, Jake and Mason, at the ‘Batman Live’ event last night in LA. LeAnn also tweeted this photo of herself, in which she’s showing off her “inner Catwoman”. I’ve been enjoying the LeAnn-free gossip days, haven’t you? Not that she hasn’t been making news in smaller ways –LeAnn left her “treatment center” one week ago, and the tabloids declared her “post-rehab”. The whole “treatment center” thing seems especially sketchy to me, because even when she was supposedly seeking treatment, she got to leave whenever she wanted, like for weekend concerts. I’m not trying to start a pro- or anti-LeAnn flame war, but I’m seriously questioning whether or not LeAnn was truly in some kind of “mental health facility”. It just seems weird to me that she got to leave whenever she wanted, and that she was only “in treatment” for… what, two weeks? Which makes me think she’s probably just chilling out in a spa. It might have been a spa with on-site therapists, thus, “mental health facility”.

As for all of those stories about her alleged eating disorder… she looks the same to me in these photos. She might have even put on a couple of pounds? 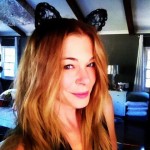 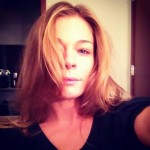