LeAnn Rimes tweeted the above photo over the weekend with the message, “I did my hair tonight a d I actually like it. #womancelebration”. LeAnn was in Meridian, Mississippi for the Hope Village For Children event – she sang too. You can see photos of her at the event here. She wasn’t wearing a bra (for the children!) and her bangs were in full effect. She also tweeted this video of her performance:

Meh. LeAnn was actually tweeting up a storm this past week, retweeting quotes (about bullying, naturally) and posting photos of Waffle Houses and her supporters and all of that. I did find this gem, a photo of Eddie and one his sons with her message of “Daddy is THE BEST!!!” Anyway, as you can probably already tell, this is a post about LeAnn and the great love of her life, Twitter. Radar had a really sketchball story about LeAnn paying for “robotic Twitter followers” to make it look like she had more fans than she actually has:

LeAnn Rimes continues to cause waves on Twitter and this time RadarOnline.com has exclusively learned it’s because a drastic jump in her number of Twitter followers has drawn major suspicion online as to how she acquired them. The 30-year-old country singer had been hovering around 410,000 for months when suddenly a bizarre and unaccounted for burst in Twitter followers increased her numbers by nearly 50,000 from Monday through Tuesday.

Screen grabs obtained by RadarOnline.com show LeAnn gained more than 16,000 in one 17-hour spurt between Monday afternoon and Tuesday morning. It didn’t take long for fellow Twitter users to notice and make their own conclusions.

“Leann Rimes gained Thousands x 40 of robot followers Yesterday. They all use same words at same time check it out leannrimes,” user @Wonderful_Meee tweeted on Tuesday.

User @blockedbyleann replied to a tweet from LeAnn on Friday saying, “Why do u buy followers then? Numbskull. RTd by LeAnn Rimes Cibrian: I am who I am. Your approval is not needed.”

As of Friday afternoon at 2:45 p.m. PT LeAnn had dropped slightly and was sitting at 454,378 followers. Readers online speculate LeAnn used one of the many companies available that buy “Twitter bots” which can even fake retweet — and a large chunk of LeAnn’s new followers are users with the generic egg icon as their user photo, which is usually the first sign in a fake follower, sources say.

However, LeAnn did launch her new album Spitfire which was released via digital download in the UK on Monday, which could account for some of her new followers. Calls for comment to LeAnn’s camp by RadarOnline.com went unreturned.

I know I’m really out of touch, but I had no idea that you could pay a company to provide you with Twitter followers. Like, automated, robot followers who will only tweet positive things about you. That would be like… paying a company to provide this site with positive-only spam comments. What’s the point? It’s an annoyance more than anything. And I don’t believe this theory that LeAnn’s album dropped in the UK and suddenly she has tens of thousands of new Twitter followers overnight, either. That’s just ridiculous. 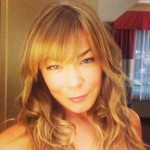 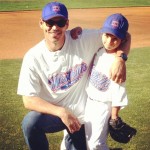