Lindsay Lohan knows that the real Oprah is her mother now. Lindsay is all “Who?” when Dina Lohan calls. LL will do whatever Oprah tells her to do. For now. Until the crack itch needs to be scratched. Anyway, last night was the OWN premiere of Oprah’s interview with Lindsay Lohan. Did you watch it? I did not. I watched Masterpiece Mystery’s The Lady Vanishes on PBS and I feel really good about that decision (it was a really good version). But since everybody loves some crack drama in the morning, here’s a clip of Lindsay lying her crackface off, plus some highlights from the interview:

Lindsay Lohan’s highly anticipated sit-down interview with Oprah Winfrey on the OWN Network has finally arrived. Just four days after leaving a court-mandated 90-day stint in Cliffside Malibu Rehab Center on July 30, the troubled star opened up to the TV personality on her past “addiction to chaos” and how this recovery will be different. The interview aired on Sunday, Aug. 18.

“I feel really good. It’s strange being confined for three months straight and then try to acclimate into real life,” the 27-year-old actress began about her return. Lohan was sent to rehab after her March 2013 no-contest plea to reckless driving and lying to police, but revealed it felt more like a true surrender compared to previous punishments.

“Having all the chaos around me that I was so comfortable with — I somehow inside of me knew I wanted to go in jail,” she said on her 90-day stay. “I think that was subconsciously going on in my head through my actions…just to have some peace,” she tearfully admitted. “I came into it just really craving more spirituality, really open and ready to get really honest.”

But that choice took “a period of time” to realize, she said –three years after spending two weeks in jail in for failing to attend her court-ordered weekly alcohol education classes. Lohan called that jail sentence terrifying. “Just seeing my mom and sister’s face in that courtroom and my dad was just heartbreaking. It was horrible. I just remember this rush of heat coming over me and just not knowing what to expect,” she said of hearing the judge’s decision. “I don’t think the embarrassment was as prominent as the shame and the guilt.”

Lohan’s downward spiral began when she moved to Los Angeles in her late teens on the heels of her 2004 Mean Girls success. Falling in with the wrong crowd, she developed her drug of choice — alcohol. “That was a gateway for me for other things. I tried cocaine with alcohol,” she said. Lohan admitted she snorted cocaine 10-15 times in her lifetime, but only did it in order to drink more, she claimed.

Lohan promises this time is different, and despite what the public may think, she has never felt exploited by her parents. Though her childhood at times was chaotic, her once-warring parents, Dina and Michael Lohan, are currently getting along fine, she said.

Indeed, the actress — who rose to stardom in 1998’s Parent Trap — hopes to regain the success she once had. “I’m my own worst enemy,” Lohan said. When asked what she wants the most now, she replied: “To get the things that’s made me the happiest in my whole life back, which is just work really hard and stay focused and prove myself in the way that I did before in the past and lost. I have to regain the trust of people in my career that has their doubts.” In fact, when Winfrey voiced her concerns about the actress going to Europe so quickly after rehab for a yoga and meditation retreat, Lohan cancelled her flight two days later, Winfrey revealed.

She’s done cocaine “10 to 15 times”? Horsesh-t. Maybe that was a calculus equation – 10 to the 15th power, that’s how many times Lindsay has done lines. My crack-liar sixth sense also tingled when she said she never injected anything other than B-12 shots. Bullsh-t. But I will say this – I think Lindsay is right about her biggest problem being the alcohol. Yes, she’s done a lot of drugs in her life, but I think her biggest “addiction” is definitely alcohol. But what do I know? The rest of this stuff just sounds like the same BS she always says every time she gets out of rehab or jail.

Also, as I’m sure you heard last week, Lindsay got an acting gig! She will make a guest appearance on Eastbound & Down as (spoiler) the daughter of the main character. E! news threw some shade:

A source tells us that Lohan plays the daughter of one of the show’s main characters and was filming a wedding scene set many years in the future. And yes, she was the bride! Although other cast members were decked out in makeup that made them look older, Lohan—who reportedly spent a lot of time in her trailer—was the only one who didn’t undergo the age-padding transformation.

We’re also told that a kissing scene involving LiLo had to be reshot several times.

Ouch. As if we couldn’t tell from the crazy amount of makeup LL wore to her Oprah interview, this is just another confirmation that LL is not looking all that great. 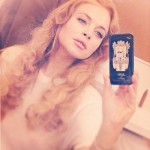 134 Responses to “Lindsay Lohan lied to Oprah: ‘I really haven’t done cocaine more than 10 to 15 times’”