Did Chris Martin & Gwyneth Paltrow do an ‘uncoupling ceremony’ on vacation?

No line on the horizon #exumas pic.twitter.com/GOtyAweZuh

Gwyneth Paltrow tweeted this ^^ on Sunday. What does it all mean?! I have no idea. One interpretation: when you’re an elitist, everything is blue skies and unblemished beaches. This was actually Goop’s first tweet/IG since her separation announcement (which was on Goop.com, but that’s another story).

The photo was taken in the Exuma Islands, which is where Gwyneth, Chris Martin and their children have been vacationing for two weeks. They rented a “private beachfront home” for $7500 a week (a pittance in GoopWorld) and an insider told Us Weekly: “When only Gwyneth and Chris are together, there appears to be some tension. But when the kids are with them, they appear to be one big happy family with no cares in the world.” So what did they actually DO on their private rented home? Well, a UK paper says that Gwyneth and Chris had an “uncoupling ceremony” on vacation:

CHRIS Martin and Gwyneth Paltrow held a bizarre separating ceremony to prepare themselves for their imminent divorce. The estranged A-list pair took part in the oddball spiritual healing ceremony while holidaying in the Bahamas last week.

A friend close to Gwyneth and Chris, who have two children together, claimed they took part in a beach ritual performed by a Kabbalah Rabbi on what they called their “break-up moon”. As part of the service the celebrity pair read from the sacred Kabbalah book Zohar, lit a fire, used stones to symbolise their continuing concrete relationship and threw pebbles into the sea to represent their “wandering spirits”.

They then read out: “Blessed are you in coming in and blessed are you in going out,” before sharing a parting kiss. According to our source, the Grammy-winning musician and Oscar-winning actress underwent the ritual to prepare for difficult times ahead.

Their pal said: “Gwyneth and Chris woke up at 5am in the Bahamas for daily counselling and joint meditation sessions. They are still extremely close and want to make this as easy for the kids as they can. Gwyneth insisted the separation shouldn’t be seen as a sign of failure but as an ‘inevitable circumstance’.”

[From The Daily Star]

LOL. It’s just stupid enough to be real. And quite honestly, this is the kind of story that makes me think, “Wow, I don’t care how many other women Chris Martin banged because Gwyneth is insufferable.”

Last thing: Gwyneth’s grandma Dorothy Paltrow passed away a week ago and it was just announced yesterday. I don’t have a punchline for that. It’s sad. I will say this though: Grandma Paltrow was not the same grandmother that Gwyneth called a C-bomb on Chelsea Handler a few years ago. Dorothy Paltrow was Goop’s dad’s mom. Gwyneth referred to Blythe Danner’s mom as a C-bomb. 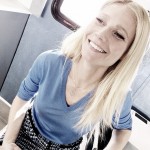 69 Responses to “Did Chris Martin & Gwyneth Paltrow do an ‘uncoupling ceremony’ on vacation?”