Musical icon Prince has passed away at the age of 57 Well, this is completely and utterly devastating. Prince has passed away at the age of 57. Last weekend, Prince was rushed to the hospital with a bad case of the flu. But by the time anyone heard about it, he was already at home in Minnesota, and he was back to tweeting, so most people assumed he was fine – flu-ridden, but recovering. But it looks like something was really wrong. TMZ reports that Prince passed away at his Paisley Park compound. People Magazine and the Associated Press have confirmed.

Our thoughts and prayers are with his family, friends and loved ones. When Doves Cry… 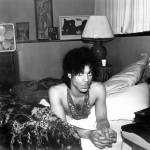