Another day, another story about how LeAnn Rimes and Eddie Cibrian are close to broke-ass-broke. Star Magazine decide to run yet another piece about how Eddie is a terrible golddigger who will eventually dump LeAnn because she can’t afford to keep him in the lap of luxury for much longer. Star references their previous reporting on the alleged $350,000 LeAnn and Eddie borrowed from Dave and Lizzie Fradin, their couple-BFFs. The Fradins are their constant vacation-companions, and just judging solely from the photos that LeAnn posts on her social media, I’ve always thought that Lizzie and Eddie probably have something going on the side. I’m just saying, she looks like his type. Anyway, here are some highlights from Star’s current LeAnn-and-Eddie story:

Dave & Lizzie Fradin are their constant companions. LeAnn and Eddie brought the Fradins along to Cabo for their anniversary trip, and Eddie spent most of the trip bonding with Dave.

The money is running out. According to Star, they’re living on the equity pulled from their $3 million Hidden Hills home, but they had to borrow $350,000 from the Fradins as a down payment, then took out a $2.1 million loan.

Eddie is a golddigger. An insider says: “Eddie married a mega-rich woman but now, with LeAnn’s career in crisis, they’re living on loans and struggling to make ends meet. It’s only a matter of time before the money runs out and they can’t borrow any more. When that happens, Edie won’t be sticking around… bottom line, Eddie is a complete golddigger. Deep down LeAnn knows he’ll leave her if she can’t regain her fame and fortune. If she can’t keep the gravy train going, her marriage is over.”

LeAnn keeps alienating fans & friends. She was rude to Bill Mack, and she’s constantly skipping shows and forgetting her lyrics. An insider says: “LeAnn badly needs a hit, but what does she do? Makes enemies in the business.”

LeAnn doesn’t want Eddie to work. Because of the constant rumors of Eddie’s wandering eye, the insider says: “LeAnn’s incredibly insecure and she’s glad Eddie isn’t working, because she fears he’ll sleep with any cute actress in his line of vision.” 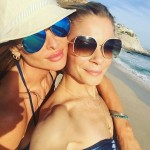 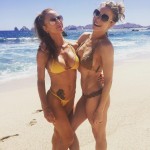 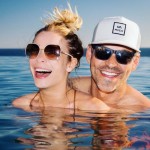