This spring, Kate Winslet was in New York filming Collateral Beauty. Then in September, she was filming in New York again, this time being directed by Woody Allen. I’m mentioning this because Kate was photographed a lot on both sets, and there are consistent paparazzi photos of her throughout this year… but it doesn’t seem like she’s been photographed with her husband, Ned RocknRoll, since the SAG Awards back in January. Is this suspicious? We’ve heard for years that Ned is pretty much Kate’s house-husband, and he stays at home and raises the kids while she works. But before the past year, we would see Kate out and about with Ned at premieres, galas and so on every few months. So… is there trouble in paradise?

Third time just hasn’t been the charm for Kate Winslet. Sources tell Star the seven-time Oscar nominee’s marriage to Ned Rocknroll is on shaky ground as the pair approach their fourth anniversary.

“Ned is like a little kid, but Kate’s already got three,” spills a source close to the twice-divorced actress, 41. “Nowadays, when you ask Kate about Ned, she just sighs and says, ‘Sometimes I feel like he’s just along for the ride.’” And perhaps he is. Kate’s kept man, 38, allegedly quit his job as head of marketing promotion and astronaut experience at Virgin Galactic shortly after they wed!

Kate, however, has got her hands full. “She shoots two to three movies a year on top of taking care of Mia, Joe and Bear,” says the pal, leaving her little time to look after Ned too. “And when something’s got to give, it’s usually been her marriage.”

You’re trying to tell me that a grown-ass man who legally changed his name to “Ned RockNRoll” is an immature man-baby? NO. I DO NOT BELIEVE IT. I know a good number of people will say “it’s Star, so of course it’s bulls—t!” But it feels like there’s some kind of vein of truth here. It’s the weirdest thing. I do think Winslet is the kind of person who gets bored in relationships/marriages when everything becomes routine. I also imagine that’s compounded when she’s the sole breadwinner of the marriage. Plus, we rarely hear gossip about Winslet’s marriage, so when we do, I’m always like “Huh, someone might have a reliable source on this!” Maybe it’s nothing, who knows? 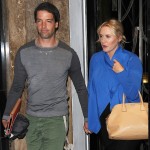 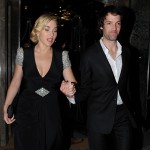