I have to say, as a child of the 1970s, I am fascinated by all the interest in the new movie based on the awful sci-fi show “Land of the Lost.” It’s clearly not a faithful retelling of the original story – and after viewing old episodes of the show last week on a Sci-Fi Channel marathon, we should all be thankful for that. It was truly wretched- from the “special effects” to the “acting.” But regardless of that, you’d think that the new movie’s producers would give the original stars a little bit of love. Not so, according to The National Enquirer: “I’m heartbroken. It’s like not being invited to your own wedding!”

Those are the tearful words of Kathy Coleman – child star of 70s TV cult classic “Land of the Lost” – after filming a cameo role in the big-budget film remake, only to be told she was not welcome at the star-studded Hollywood premiere!

To add insult to injury, her cameo in the Will Ferrell film ended up on the cutting room floor! The actress played adorable pigtailed, blonde Holly on the NBC series from 1974 through 1976. The show focused on an unknown land inhabited by dinosaurs and human/lizard creatures.

“It was exciting to be included in the movie remake,” Kathy told The Enquirer in an exclusive interview. “It was a small part, but the producers even gave me some dialogue. My line was: ‘That was just so rude!'”

After she filmed her part, producers invited her to the movie’s premiere. But a week before the May 30 gala, a studio assistant telephoned and rescinded the invitation, said 47-year-old Kathy.

“I couldn’t believe it! I felt like the bride who’s told, ‘Don’t bother showing up to the wedding, it’s not happening,'” sighed Kathy, who says she has no hard feelings about her scene being cut. “That’s Hollywood. That kind of thing happens all the time. But to disinvite me from the premiere? That was shocking.

“I’m not even sure I want to see the movie now. But I want to thank all the loyal fans who have written to me and apologize for missing them at the premiere. I was there in spirit”

Wow, that’s pretty cold. I understand that Hollywood is a bitch sometimes, but why offer this poor lady a role in the film and invite her to the movie premiere only to turn around and crush her? It doesn’t seem right to me. At least the Star Trek remake was smart enough to include Spock- there’s even talk of a Shatner cameo in the next film. I hope the “Land of the Lost” producers are shamed into making it up to Kathy. It’s not like she was asking for much.

Here’s the trailer for Land of The Lost. It’s out in the US today, June 5.

Thanks to Bitten and Bound for the photos of Kathy. 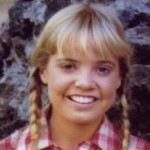