The trailer for ‘A Star Is Born’ is actually good, what are its Oscar chances? I was vaguely aware that there was and is a lot of hype around Bradley Cooper’s newest version of A Star Is Born. B-Coop stars as the “Kris Kristofferson” lead dude, and he directed the project. Lady Gaga stars as the “Barbra Streisand” character, the young singer-songwriter who is “discovered” by B-Coop. I remembered how long this remake has been rattling around. I remembered how Beyonce had signed on, but then she pulled out and got replaced with Gaga. B-Coop completed the film last year, quietly edited it and the rollout begins now. The early screenings were overwhelmingly positive, and I still wasn’t really a believer. I just kept thinking: Bradley Cooper and Lady Gaga, no thanks to both of them. But guess what? This actually looks… good.

As for this film’s Oscar chances… usually, we have some early contenders in the pipeline or already-released. Usually, Cannes is the start-point for a lot of Oscar campaigns. But besides Spike Lee’s BlacKkKlansman, it didn’t feel like many movies came out of Cannes with a lot of Oscar buzz. Maybe that’s why they didn’t premiere A Star Is Born at Cannes – they’re waiting for some of the later film festivals. Venice, maybe? Toronto, almost definitely. The film comes out in October (after some back-and-forth with the release date). As the awards season becomes more compressed, getting your Oscar-hopeful out earlier than Christmas is a big help. Now, I don’t think this is, like, a Best Picture winner. Of course not. But I could absolutely see both Bradley and Gaga getting Oscar acting nominations. Photos courtesy of WENN, ‘A Star Is Born’ promotional materials. 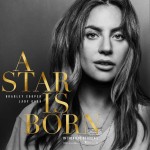 61 Responses to “The trailer for ‘A Star Is Born’ is actually good, what are its Oscar chances?”