Selena Gomez: ‘I’m not on the internet…the reason why is, it’s not real to me’ 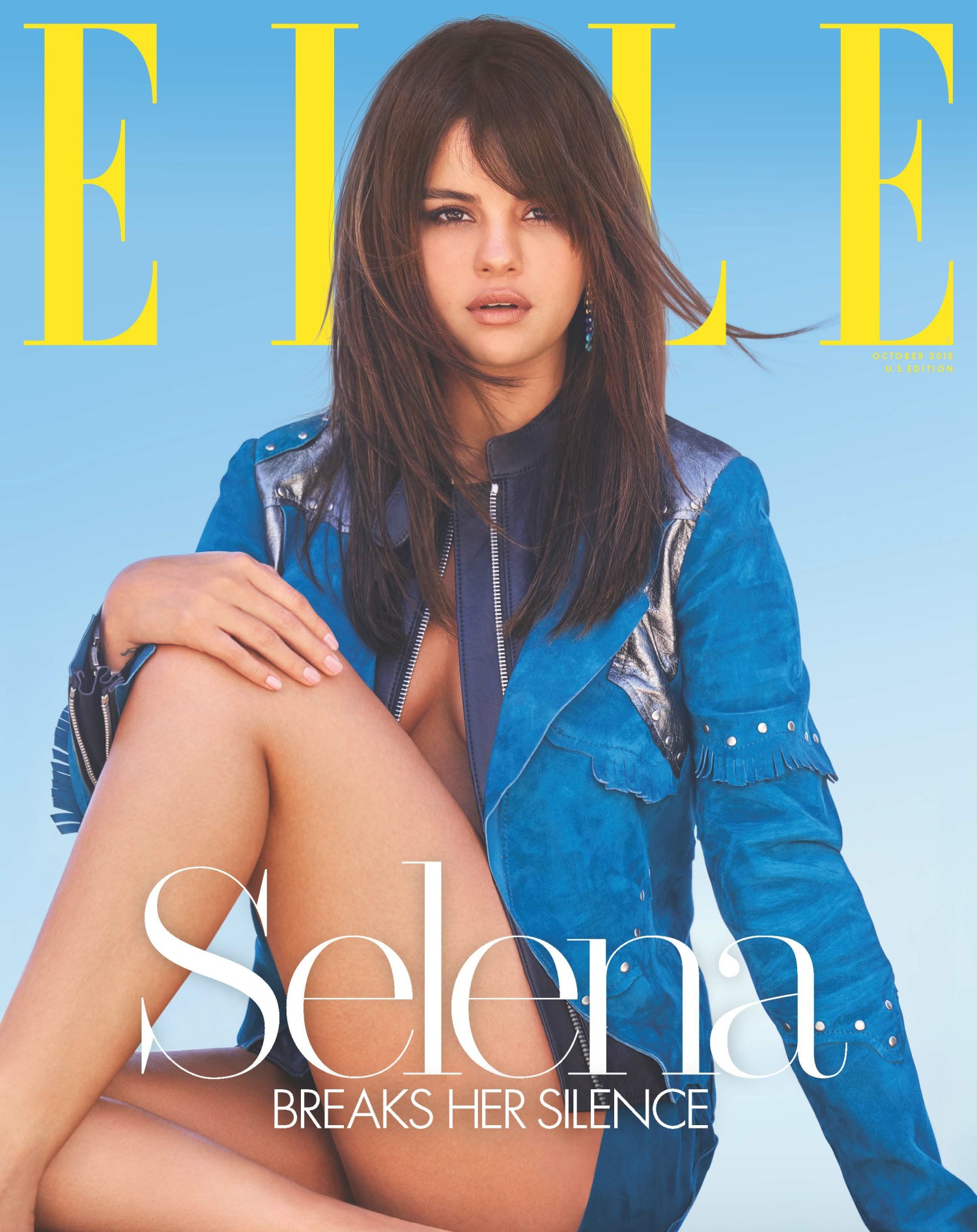 Selena Gomez covers the October issue of Elle, and yes, I did have the thought of “what in the world is she even promoting?” But I read the piece – go here for Elle’s cover story – and I get it. She’s taken a bit of a break from “Hollywood” and “the grind,” and she’s trying to refocus on other things beyond acting and singing. During the interview, she was interning at A21, a “global anti–human-trafficking nonprofit.” She chose to do the Elle cover to highlight their work, basically. And she’s also setting the record straight about some things… things that don’t involve Justin Bieber. Some highlights:

She moved to Orange County: “It’s been such a release. L.A.’s just gotten really claustrophobic for me. I can’t do any of the things I do here in L.A. It’s just impossible… I think everything in my life is being majorly downsized, in a very good way. I’m going back to simplicity. That’s always who I’ve been. It’s not me saying, ‘I feel the best I’ve ever felt.’ It’s me saying, ‘I’m exactly where I am. And I’m so happy I’m in this place.’ It’s a lot of self-discovery. From 20 to 26? Oh my gosh. I feel like a totally different person.”

On supporting Demi Lovato: “All I’m saying is, I reached out personally. I didn’t do a public thing. I didn’t want to. I…I love her. I’ve known her since I was seven. So…it’s…that’s what I’ll say.”

On turning 26: “It’s peaceful. It’s weird. The moment I turned 26, I felt 26. Right now, I feel very sure of where I am. I don’t feel erratic or emotionally unstable. Or like I can’t handle my emotions, like I used to. It’s kind of understanding myself a little more. By all means I don’t have myself figured out. But it feels good.”

On working with Woody Allen: “I think it’s best not to [comment].”

She doesn’t GAF anymore: “I’m not on the internet. I haven’t been on the internet in months. I don’t have my password for Instagram. I have no apps on my phone, no photo editing apps. I have Peak, a brain game.” (Gomez still updates Instagram from her friend’s phone, who has access to her account.) “The reason why is, it’s not real to me. I know my voice is very prominent, but I’m not careless with it. I’m selective. As far as my personal life, someone sees me having a glass of wine? I could give two sh-ts. I’m not trying to hide. That’s my life. I’m living it the way I want to live it. But it’s about making a conscious effort—if I can have a moment to be with my friends, I’ll take that time. So I don’t have any of it. I had to make that decision.”

I feel like Selena has been in a near-constant state of decompressing and simplifying her life for the past three years or so. There’s something weird about someone in her mid-20s with so much baggage and drama that she’s giving yearly interviews about how her goal is to keep things as simple as possible, unlike last year when she claimed she was simplifying but she was really full of drama. My point? I don’t know. Selena is drama. It’s who she is. She can move out of LA, she can delete Instagram from her phone, but she’s still drama. Case in point: she still can’t bring herself to say it was a bad idea to work with Woody Allen. She knows what she’s doing too.

Also: Selena got on Instagram to complain about how this interview was written, but I don’t even understand her complaint. Something about church? Blah. 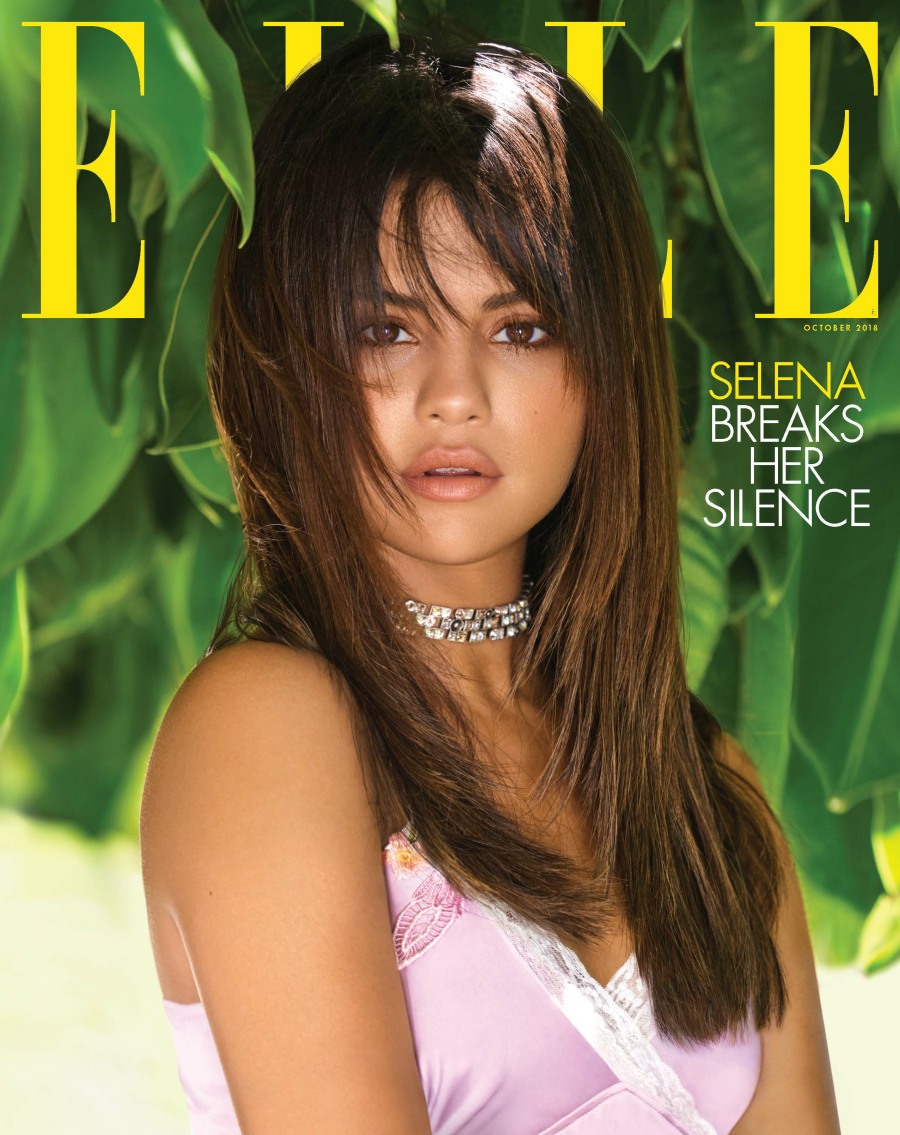 15 Responses to “Selena Gomez: ‘I’m not on the internet…the reason why is, it’s not real to me’”