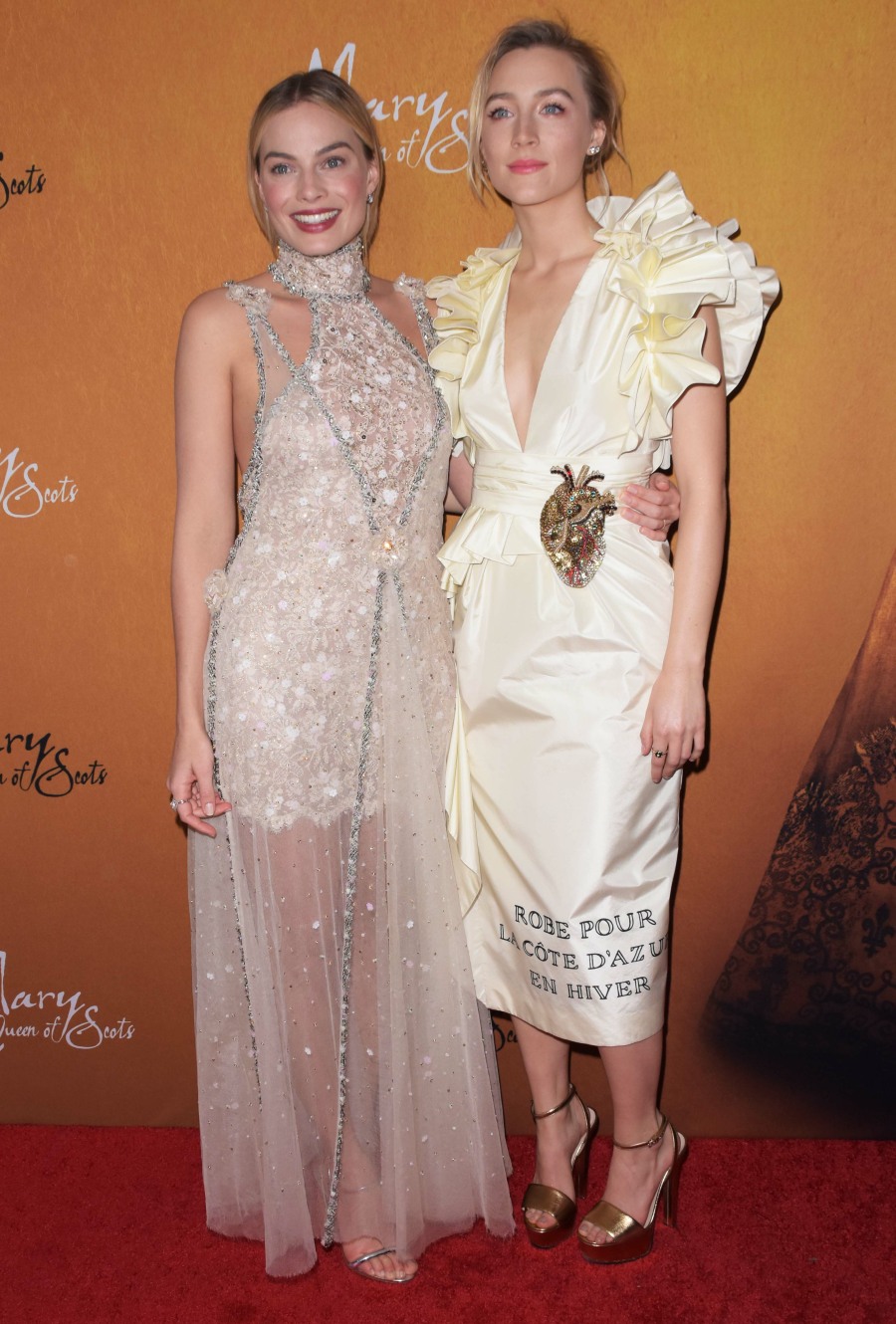 Here are some photos from last night’s New York premiere of Mary Queen of Scots. Saoirse Ronan plays Mary, and Margot Robbie plays the ageing Queen Elizabeth I. The more I hear about this film, the more I think Margot was miscast and they should have gotten someone older to play QEI, but whatever. Apparently, Margot and Saoirse got along very well during filming, and they posed together quite happily at the premiere.

Saoirse wore an interesting Gucci dress to the premiere – this has a lot going on, from ruffled shenanigans on the shoulder and collar, to the writing on the skirt, to the bejeweled heart (??) at her waist. All in all, I think this is very overworked and could have used some editing. But I actually don’t hate it? Saoirse is so beautiful, you have to really try to make her look terrible, and Gucci didn’t try hard enough. 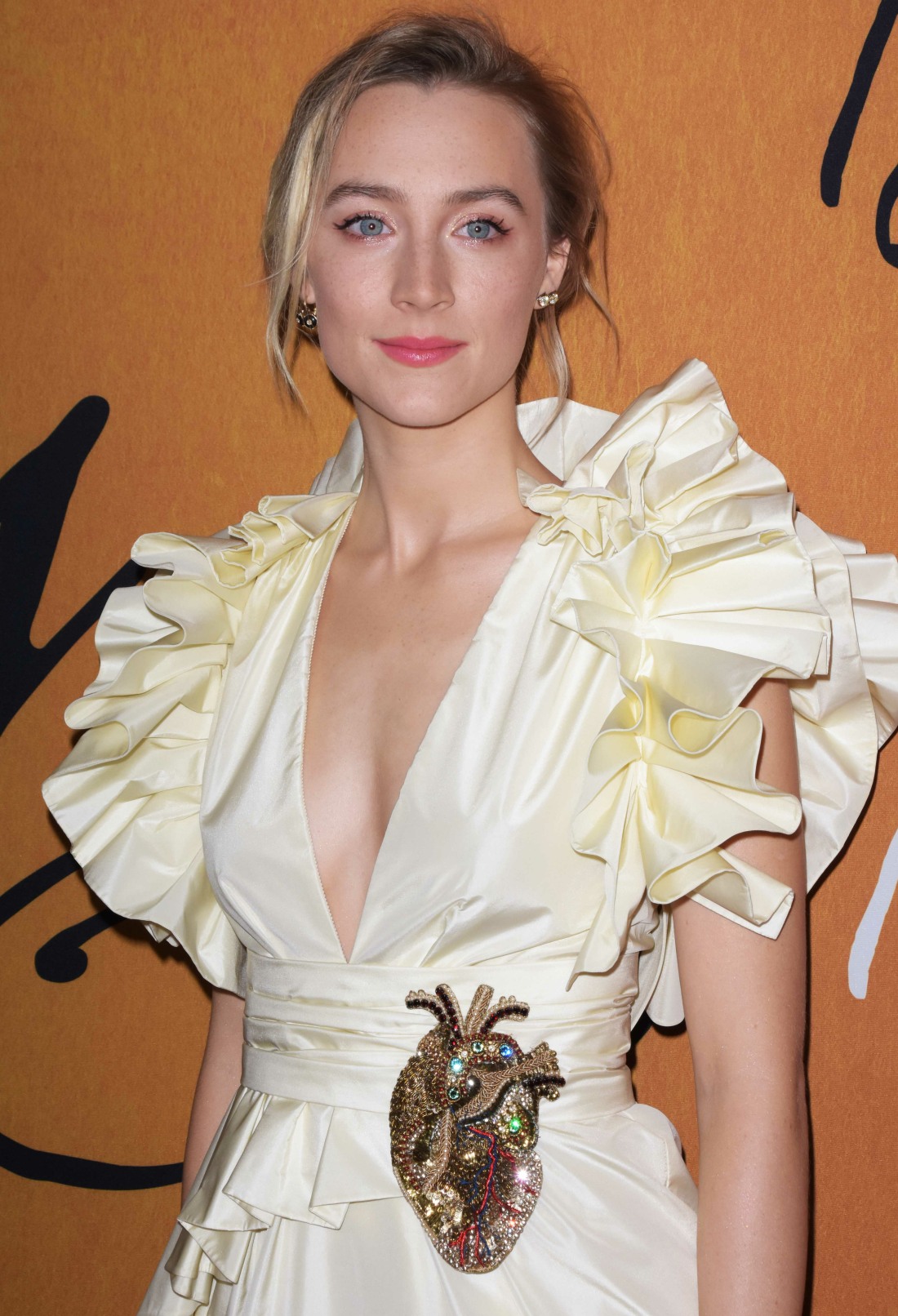 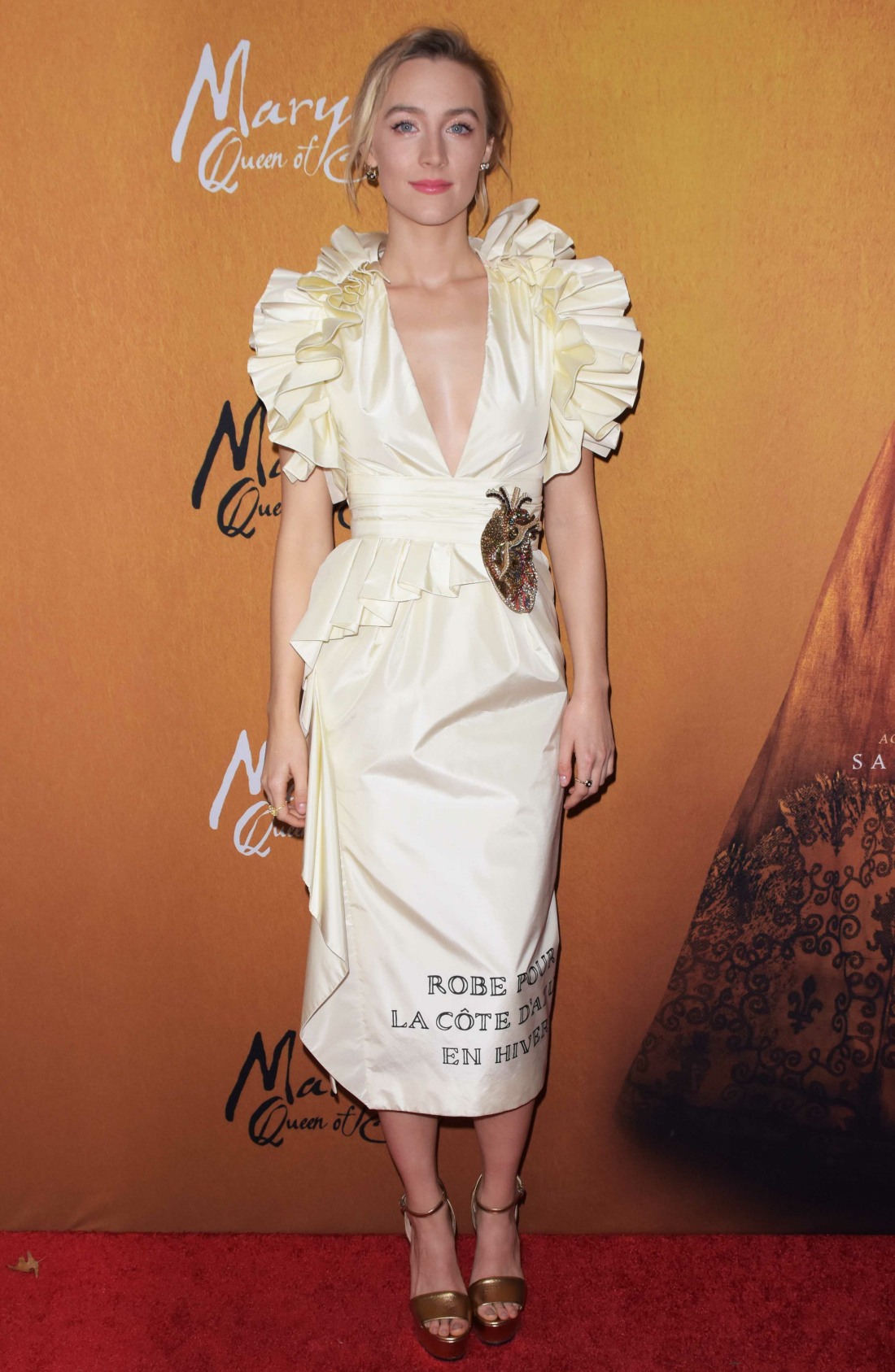 Margot Robbie wore Chanel, like she’s been wearing throughout this promotional tour. I actually forgot that she was named a Chanel ambassador this year, and that she’s doing print ads for the fashion house. So…Chanel is giving Margot some of their best looks. This gown isn’t terrible, but the high halter neck isn’t youthful, and all in all, this could have been a lot better. 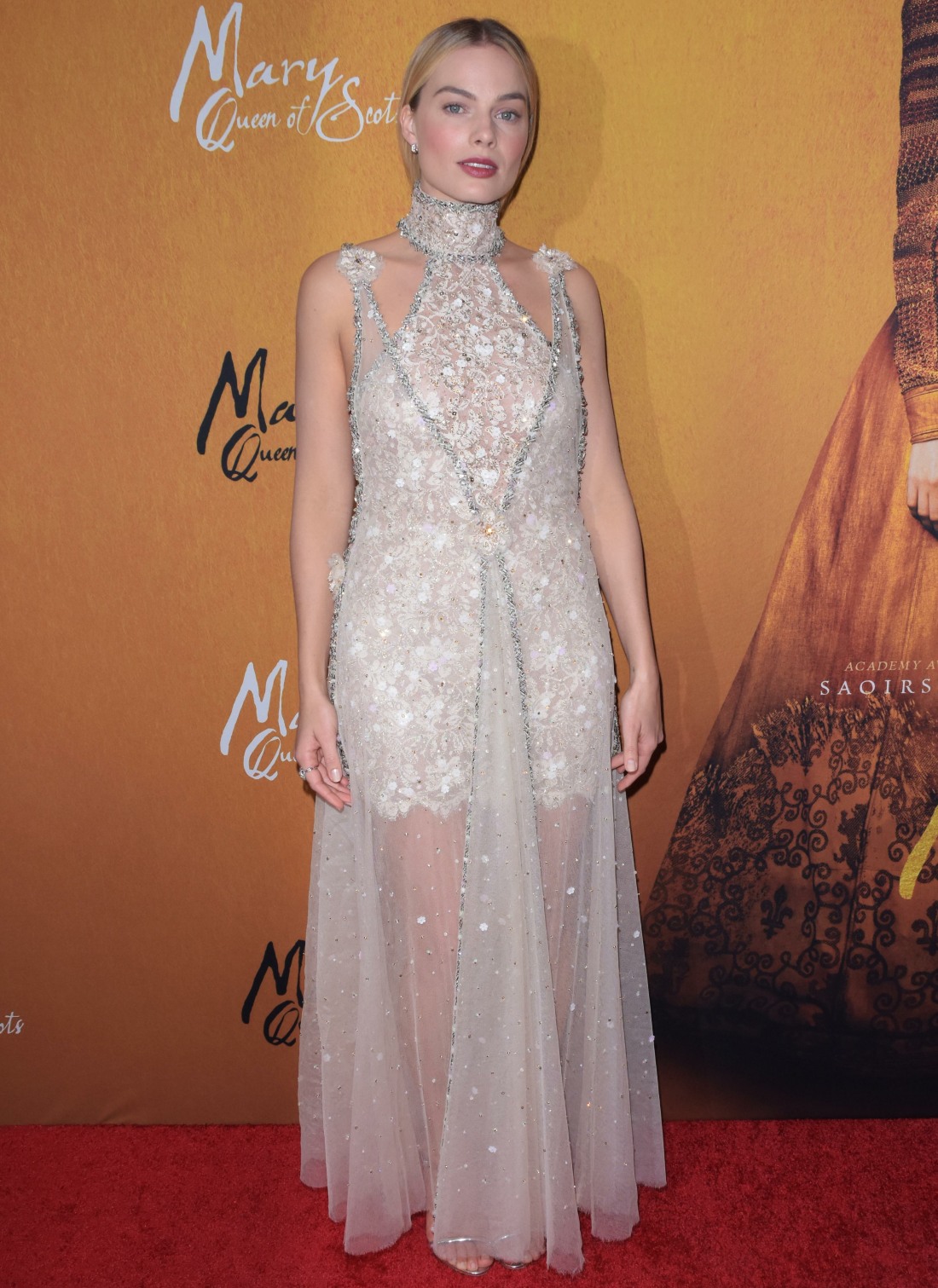 Also at the premiere: Joe Alwyn and his neck beard. Ugh!! If Joe *has* to have a scraggly beard, can Taylor Swift somehow convince him to shave that mess on his neck?? 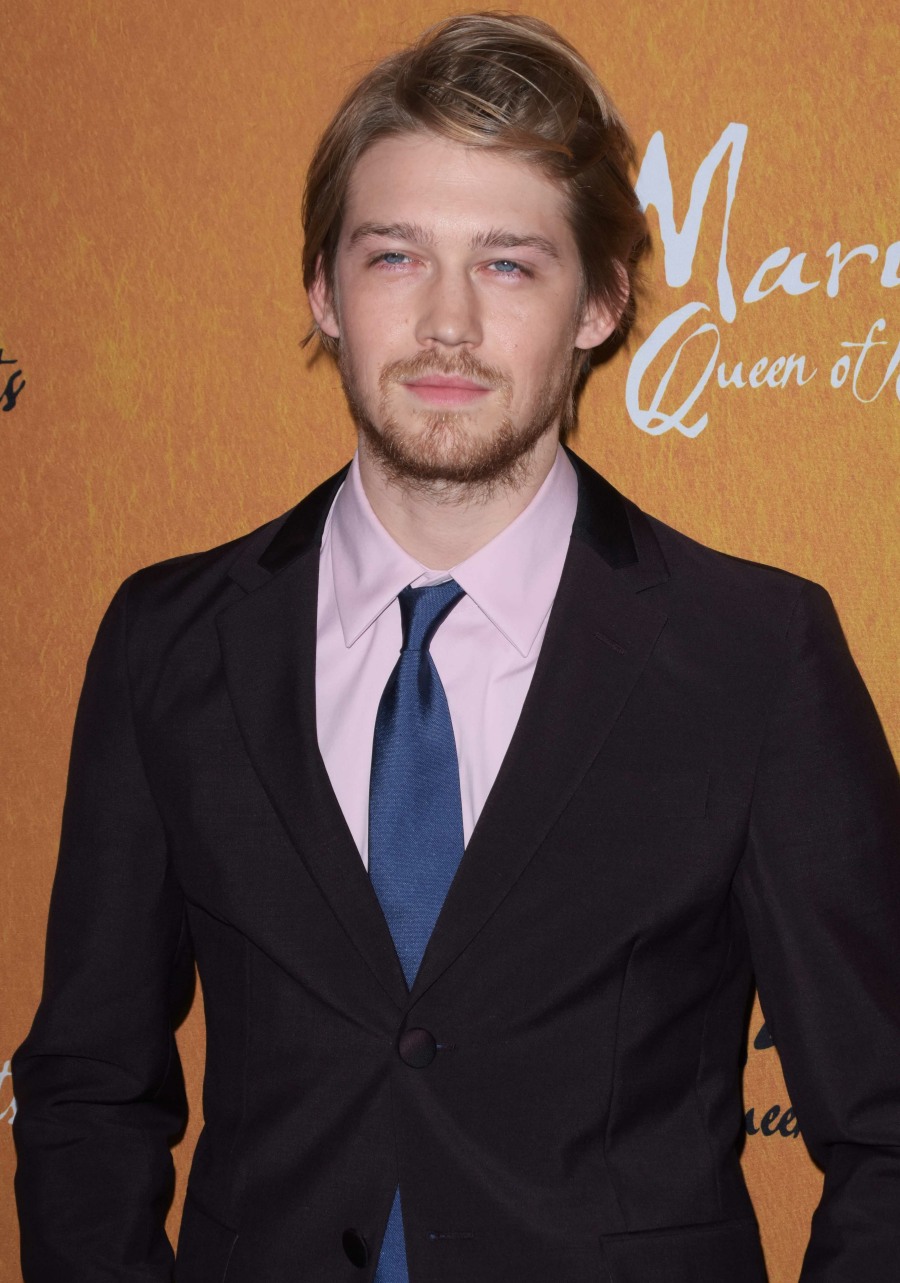 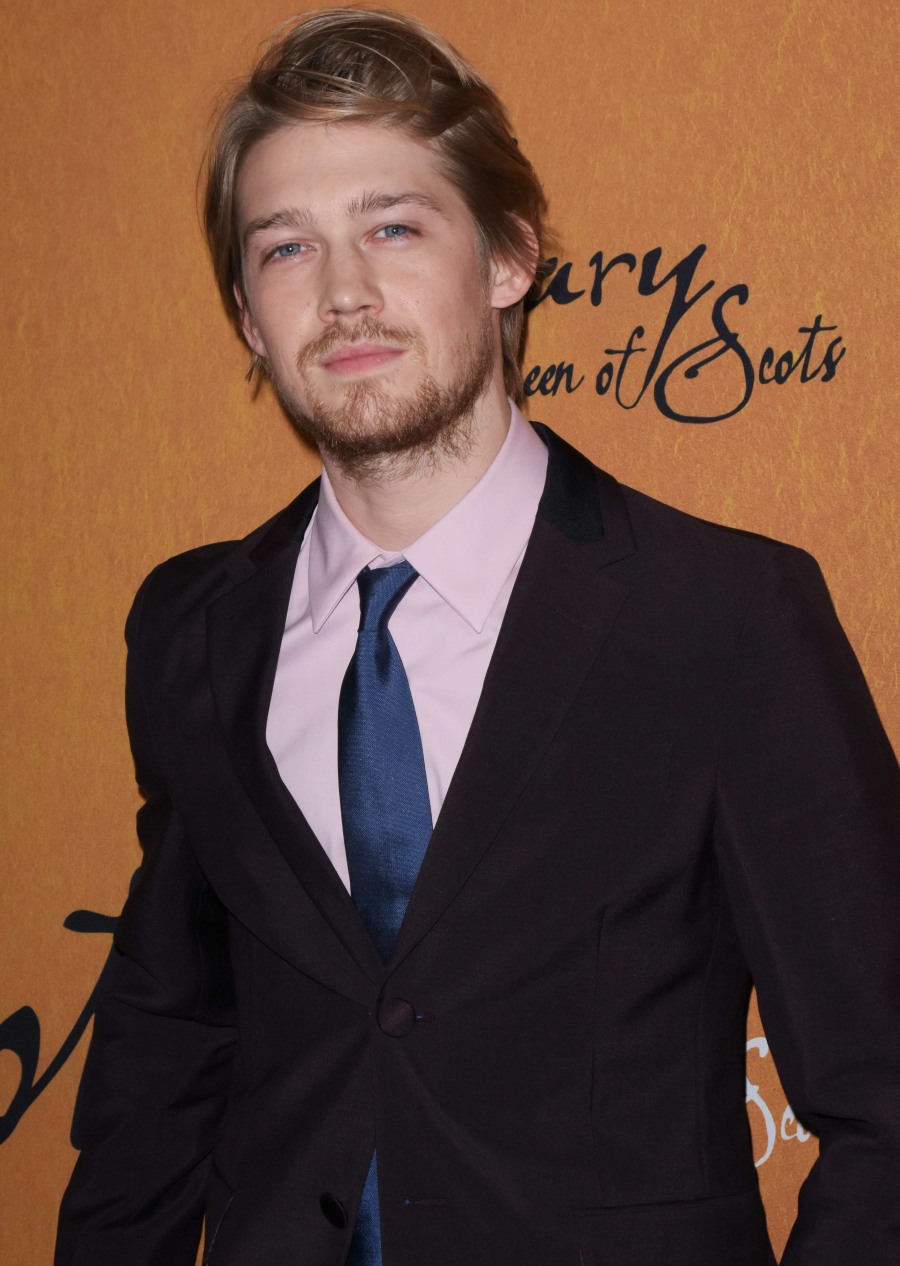