Kate Hudson is raising daughter Rani with a ‘genderless’ approach 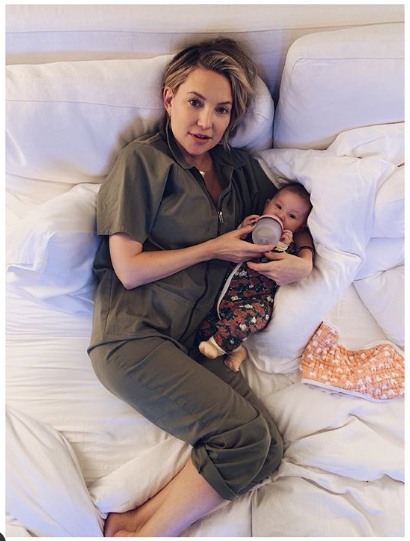 I completely blanked on the fact that Kate Hudson gave birth to a girl last year. She welcomed Rani Rose with boyfriend Danny Fujikawa in early October. Kate already had two sons – Bingham and Ryder – and I always wondered if she would eventually try to have a girl. Kate always seemed like the kind of person who really yearned for a daughter, so her third pregnancy was probably very exciting for her. You would think that after giving birth to this long-sought daughter, Kate would be going overboard – everything pink and frilly and feminine and tons of cute little baby dresses. But Kate says not so much, that she’s raising Rani with a more “genderless” approach.

Kate Hudson isn’t putting any gender labels on little Rani Rose. The 39-year-old actress and WW ambassador revealed in a recent interview with AOL that she embraces a “genderless approach” to parenting 3-month-old Rani and her two older brothers from Hudson’s previous relationships: Bingham Hawn, 7½, and Ryder Russell, 15.

“[Having a daughter] doesn’t really change my approach, but there’s definitely a difference,” she told the outlet. “I think you just raise your kids individually regardless — like a genderless [approach]. We still don’t know what she’s going to identify as. I will say that, right now, she is incredibly feminine in her energy, her sounds and her way. It’s very different from the boys, and it’s really fun to actually want to buy kids’ clothes. With the boys it was just onesies … actually, I did pretty good with the boys,” she clarified with a laugh. “But with her it’s a whole other ball game. There’s some stuff that I’m like, ‘I can’t do that to her, because it’s so over-the-top.’ “

Hudson’s own upbringing — as the only girl in a group of brothers, including Oliver Hudson and Wyatt Russell — helped her be able to see the fluidity of gender roles.

“I was a tomboy in a spinning dress,” she shared. “My middle brother [Boston Russell], who is closest to me in age, was basically my sister because I put makeup on him all the time, and I’d dress him up and he loved it. But growing up as a girl with all boys, you end up with a thick skin. You really do. People say, ‘Oh, your brothers must’ve really protected you.’ And I’m like, ‘They threw me right into the fire!’ ”

I’m always a little bit jealous of women who grew up with brothers – I’m an only child, and I never really longed for siblings, but it just seems to me like women who grew up as the only sister in families of boys turn out tough and with a healthy attitude towards men and male-female relationships. As for Rani Rose and the genderless parenting approach… I get what she means and I don’t think she means any harm. I think she’s just saying that she’s not going to force Rani into frilly dresses and ballet classes in general, and Kate will listen and be aware of Rani’s vibes rather than forcing some pre-subscribed gender roles onto her. 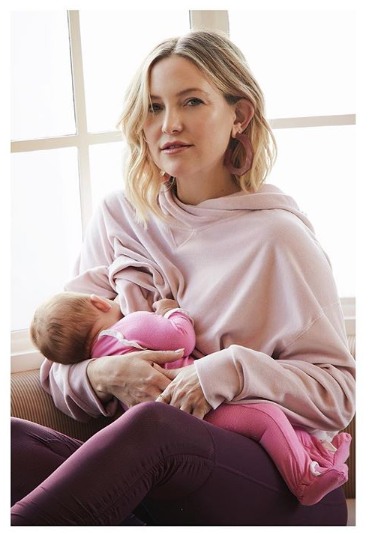