Duchess Meghan: ‘We must be global feminists and include men and boys’ 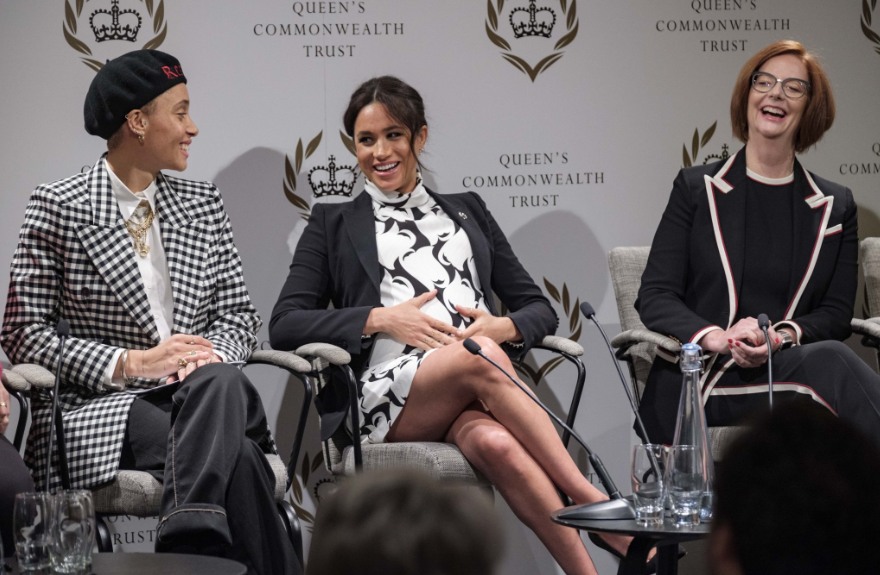 Back in 2014, Emma Watson became a UN ambassador on behalf of the UN’s women’s rights program He For She, which has changed names a few times in recent years. I always remember that moment because Emma gave a perfectly lovely speech about mainstream feminism and the need to include men in feminist conversations, and I also remember the absolutely insane reaction to it. Emma was roasted by the MRAs on social media, and on the other side, Emma’s fans acted like she invented feminism. The whole thing was overblown in both directions. I also remember the criticism Emma got from feminists for what was seen as a heavy-handed focus on “men need to be included in feminism too!” I bring this up because the Duchess of Sussex talked about feminism during today’s panel discussion for International Women’s Day, and Meghan’s speech included something about how men and boys should be included in feminism.

During the discussion, pregnant Meghan spoke excitedly about ‘our little bump’ and joked that she could feel the ’embryonic kicking of feminism’ insider her.

‘I’d seen this documentary on Netflix on feminism and one of the things they said during pregnancy was, “I feel the embryonic kicking of feminism,”‘ Meghan said. ‘I love that. So boy or girl or whatever it is, we hope that that’s the case, our little bump.’

Sitting in the center of the panel, Meghan said: “If there’s injustice and a lack of inequality someone needs to say something — and why not you?” She added: “We must be global feminists and include men and boys.”

[From The Daily Mail & People]

Again, I’m not saying that Meghan is saying anything controversial. But as I learned from the Emma Watson thing years ago, it’s that whenever a prominent, famous woman starts talking about feminism and how men can and should be part of the feminist conversation, there’s always a reaction. Also: I’m too tired to wonder if Meghan’s words are some kind of signal about the sex of Polo Baby. My gut has been saying “boy” for a few weeks now, after months of believing that Polo Baby will be a girl. I don’t know. 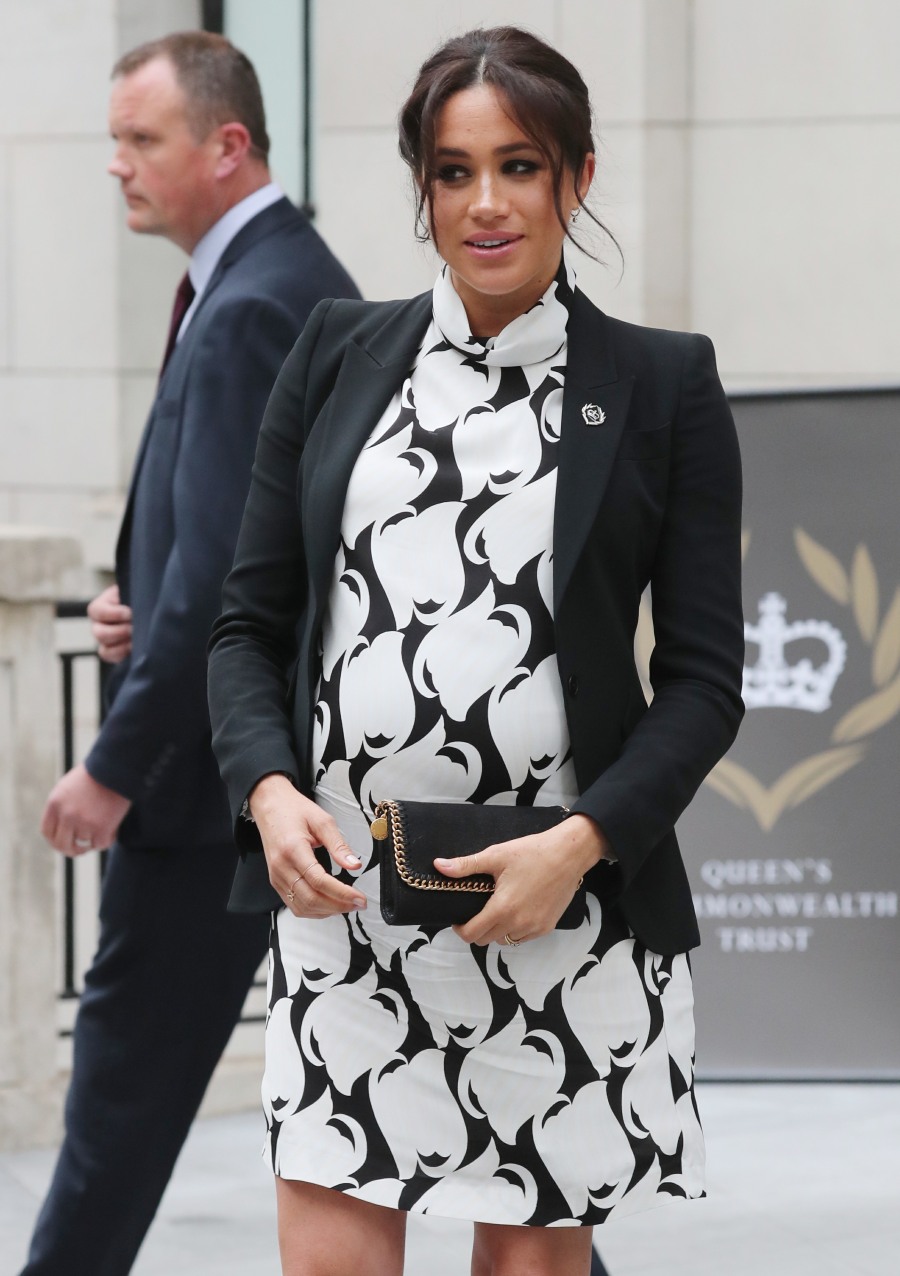 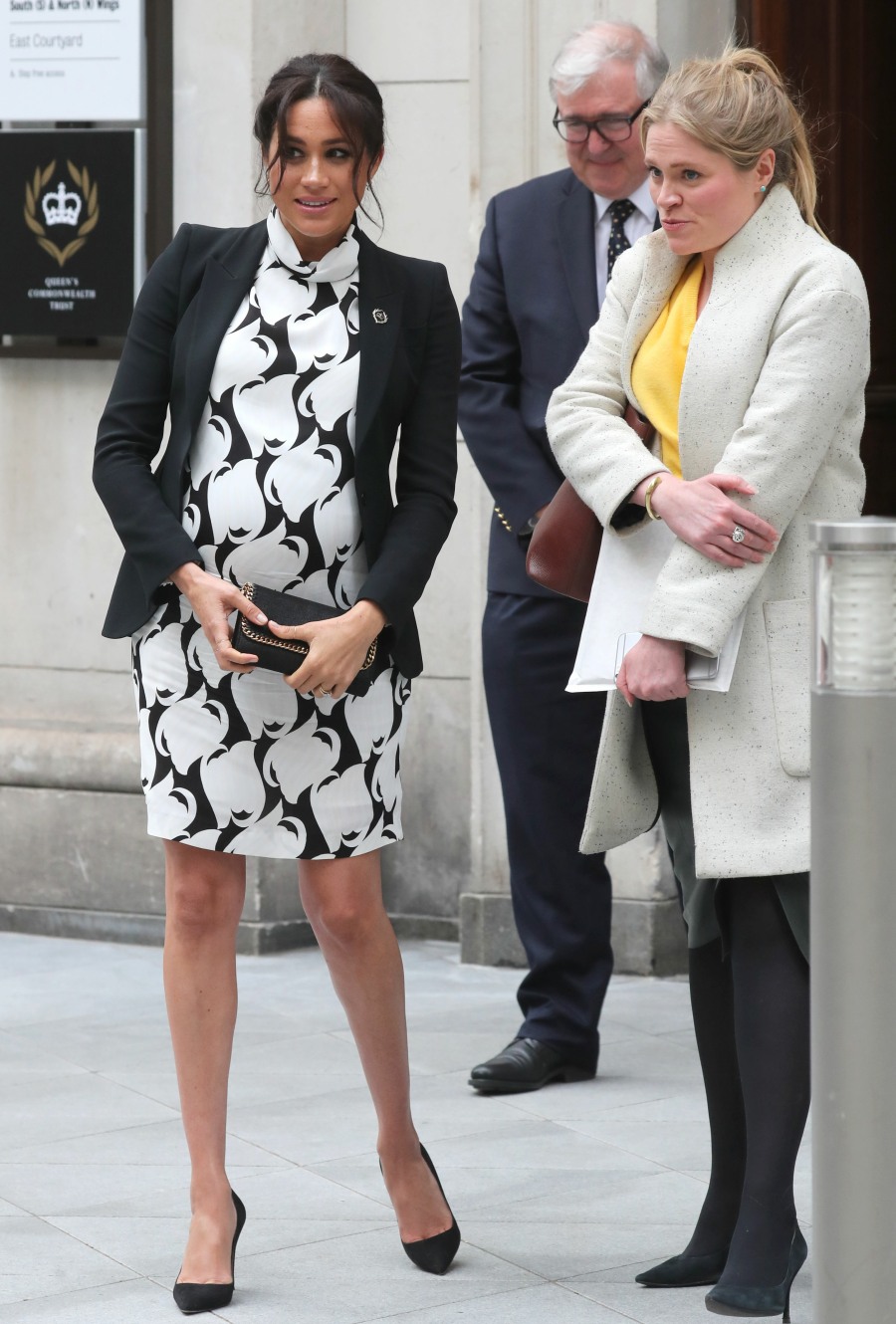 71 Responses to “Duchess Meghan: ‘We must be global feminists and include men and boys’”