Keanu Reeves covers GQ: ‘I don’t know how much intelligence I have’ 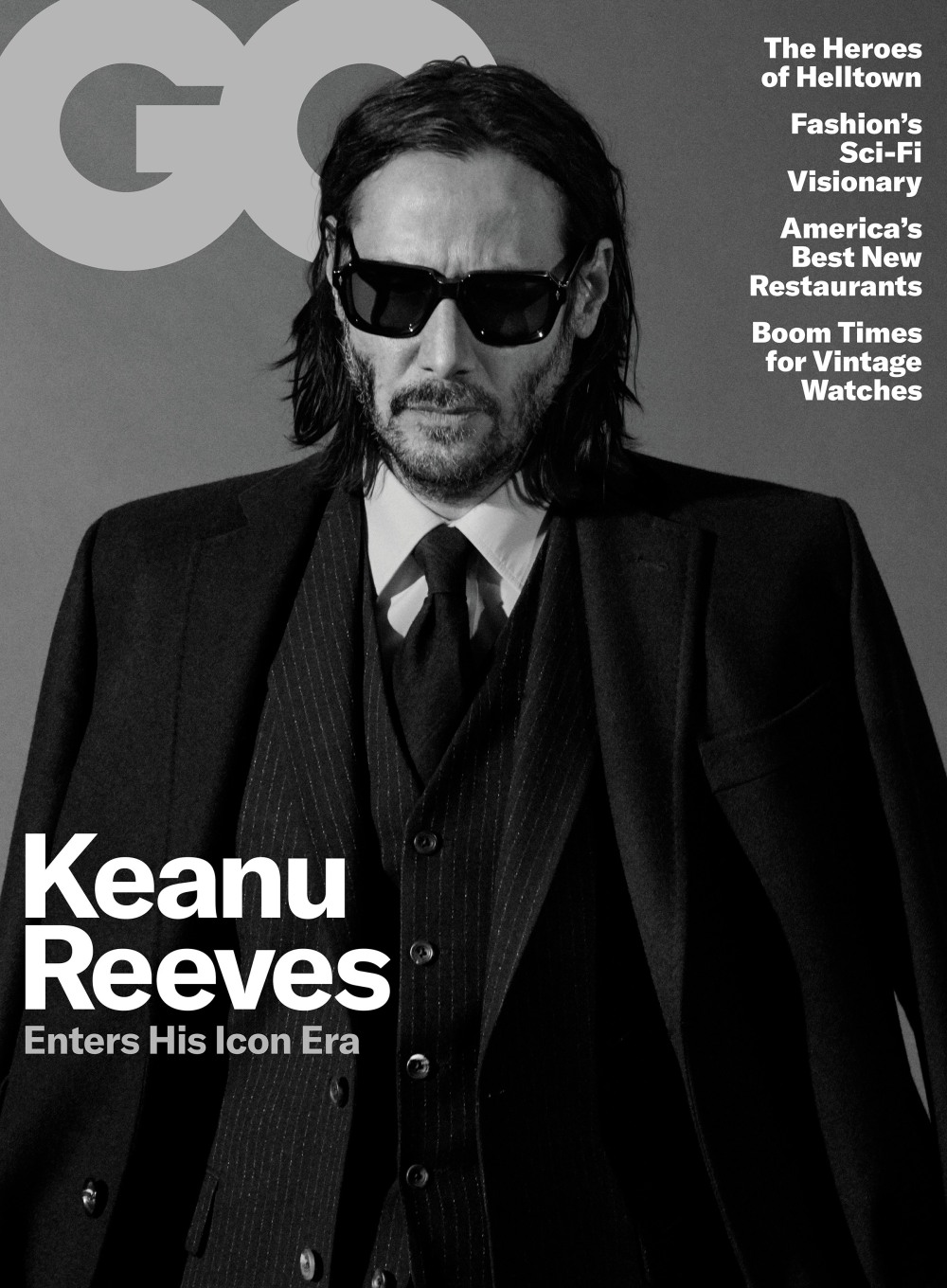 Keanu Reeves covers the May issue of GQ, and it feels like his first major magazine interview in years. Keanu doesn’t do the traditional promotional tours anymore, not like we’re used to from Marvel people and the like. Keanu does his own thing and it’s great – he’s not really hiding, he doesn’t play games with how much he’ll say about anything, but there are always clear lines which he won’t cross. He’s promoting John Wick 3. The cover story is a nice read, and the writer sets the scene well, where Keanu is sitting at the Chateau Marmont, just a few miles from his house. He’s fighting a cold. He’s very Zen. You can read the full piece here. Some highlights:

His career future at 54: “I haven’t really thought about my career future, or what was going to happen, until really recently. Probably my mid-40s.” When asked what brought that bout of future-thinking on, he cheerfully says, “Death.”

He has strong feelings about BLTs: Keanu orders a BLT and a Coca-Cola. Fries, not salad. When it comes, the BLT, it’ll be on ciabatta bread. Keanu will find himself missing the crispness of toast. Keanu isn’t sure a BLT shouldn’t leave your soft palate ground up, a little. That a BLT shouldn’t have consequences. Soft bread is for soft-bread sandwiches. “Peanut butter and jelly,” Keanu says. Then, more dreamily, like Homer Simpson in reverie: “Peanut butter and honey.”

On John Wick: “He’s got this beautiful, tragic conundrum—these two selves. The John who was married, and John Wick, the assassin. John wants to be free. But the only way he knows how is through John Wick. And John Wick keeps f–ing killing people and breaking rules. We’re really watching a person fight for their life and their soul.”

On how he’s become a meme: He regards his own meme-ification from a disinterested distance. Actually participating further in the process is not for him, but he’s also not judging anybody who does play along. “People doing dances, people doing mannequin stuff or whatever—those people, they look like they’re having fun and doing some cool sh-t,” he says politely. To actively seek further meme-ification—hey, it’s Sadder Keanu—wouldn’t feel like a creative act, he doesn’t think.

He’s happy doing sequels for stuff like John Wick: “As far as my legs can take me. As far as the audience wants to go.”

Whether he minds being underestimated: “I don’t know how much intelligence I have.”

His joys: His ever-expanding book collection, motorcycles, and music. “Once in a while, I have the moments, where you drink the whiskey and you get the records out and you start doing the DJ thing until four in the morning.”

The GQ piece is full of quotes from so many of Keanu’s costars and coworkers, all of whom seem to love the f–k out of him. It feels like even the people who consider him a friend don’t really feel like they know him all that well, they just respect and admire his calm vibes, his intelligence, his work ethic. Keanu is a still water running deep, and I’ve always gotten the sense that he walks that line between loneliness and being a loner. He seems to know it too. Mostly I just want to take care of him a little bit and then go for a ride on one of his many beautiful motorcycles. 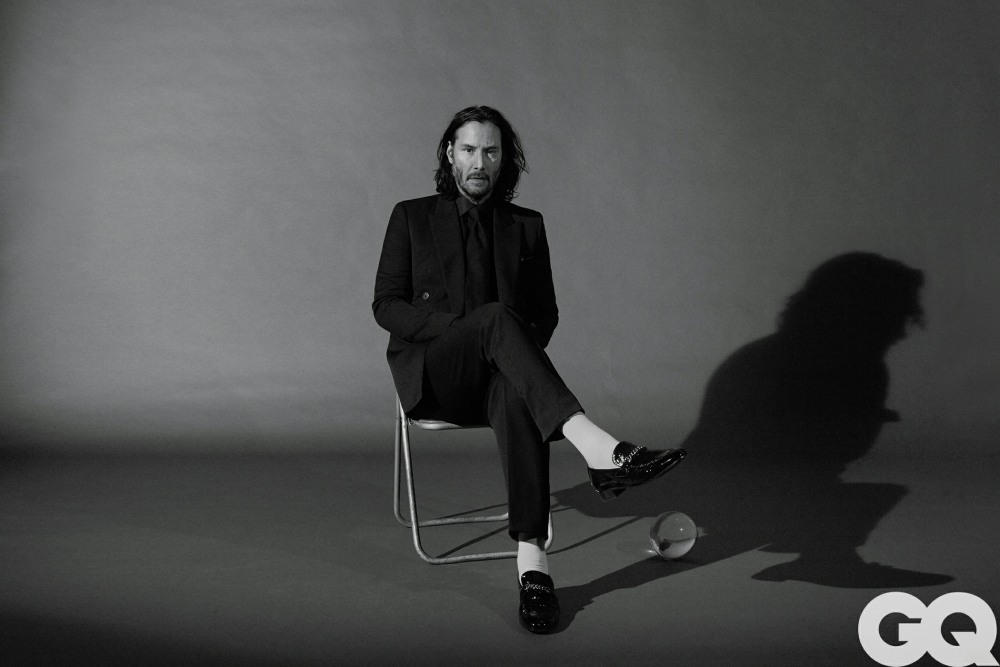 Photos courtesy of Daniel Jackson for GQ, sent from a promotional GQ email.

55 Responses to “Keanu Reeves covers GQ: ‘I don’t know how much intelligence I have’”