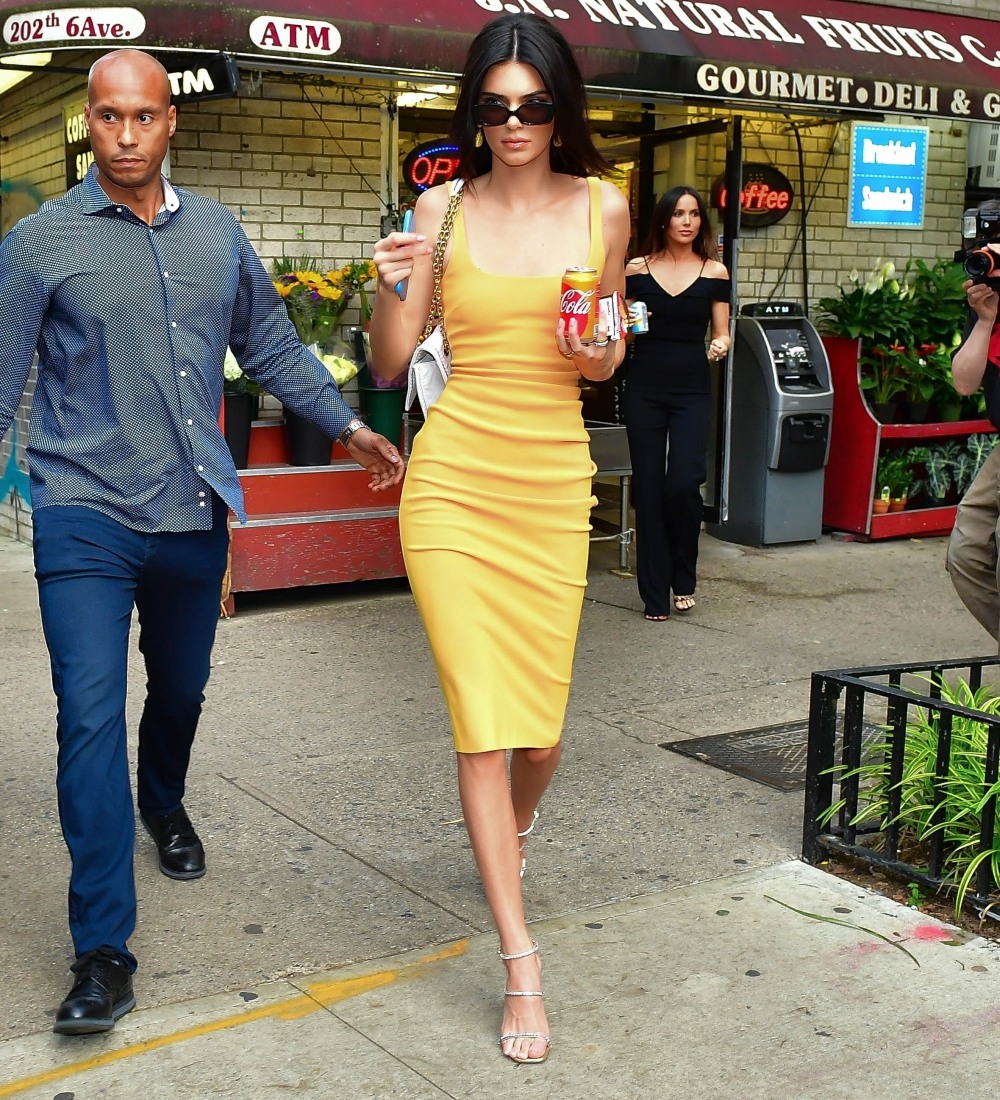 Back in 2017, Kendall Jenner was paid a fortune to appear in a Pepsi commercial. The hype around the commercial – before it aired – was that this was going to be Kendall’s big Cindy Crawford moment, that the commercial would be super-iconic. Well, it was iconic… an iconic moment of stupidity and offensiveness. It involved Kendall and Pepsi co-opting protest culture and solving, like, Black Lives Matter by handing a Pepsi to a cop. I maintain that it wasn’t solely Kendall’s fault – Pepsi should take a lot of the blame, but Kendall should have known better too, let’s be real.

Why bring this up? Because two years after the Pepsi debacle, it looks like Kendall is getting paid to promote Coke. OR MAYBE SHE WAS PROMOTING COKE THE WHOLE TIME. Seriously, that would be a next-level move in the Soda Wars: Coke secretly hires Kendall Jenner, encourages her to take a Pepsi endorsement and manipulates it so that Pepsi does a really stupid and offensive commercial. Kendall is a Instagram influencer SPY.

Anyway, yes, Kendall stepped out yesterday in New York in what was clearly a pap stroll designed to promote Coca-Cola. She went to a bodega and bought an Orange Coke, while she wore an orange dress, and she made sure that the label was facing out for the photographers. This should be a bigger conversation: Kendall tanked the Pepsi ad, and she’s been working for Coke this whole time. 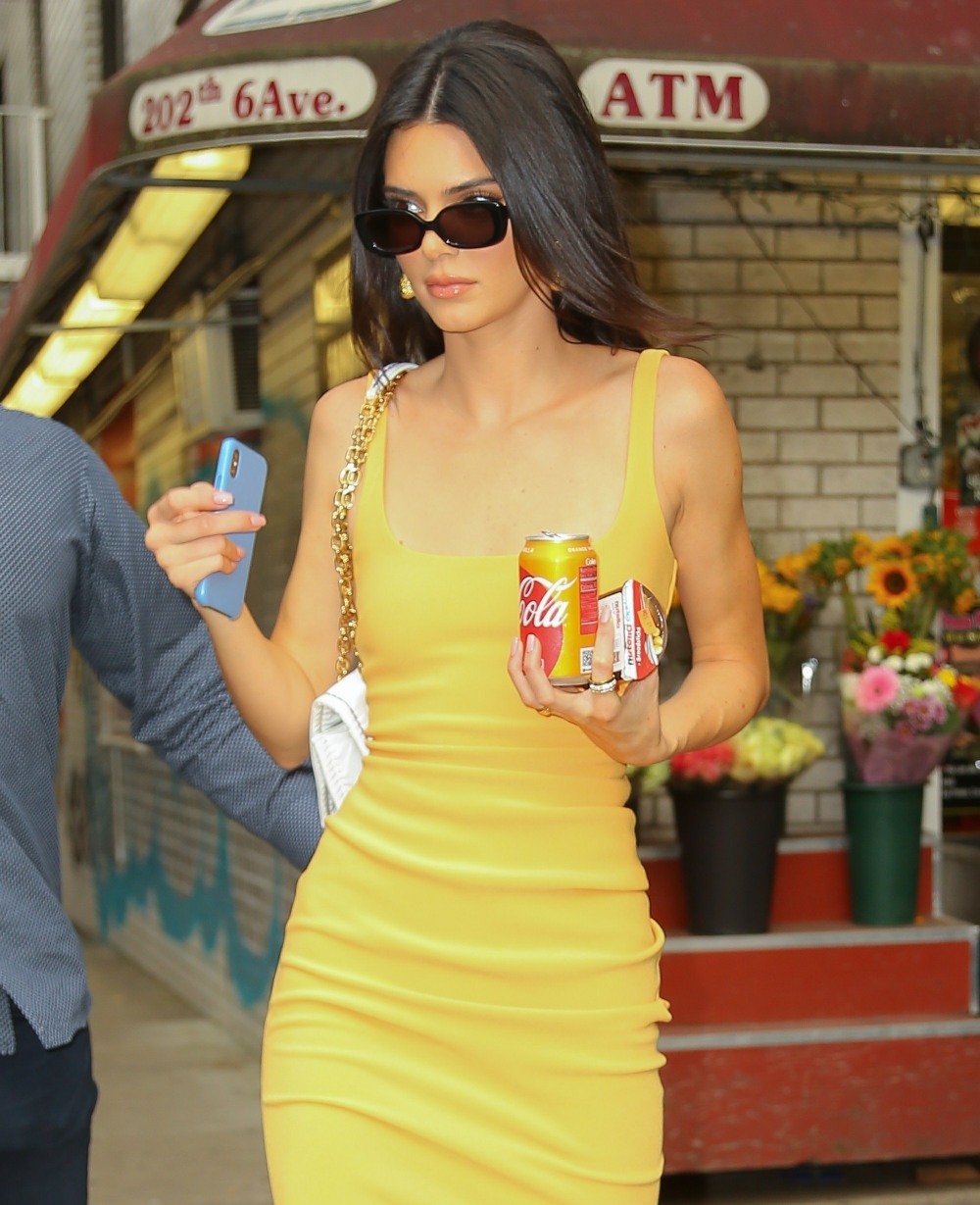 She even ‘grammed this sh-t.