An interactive Seinfeld museum is coming in NY 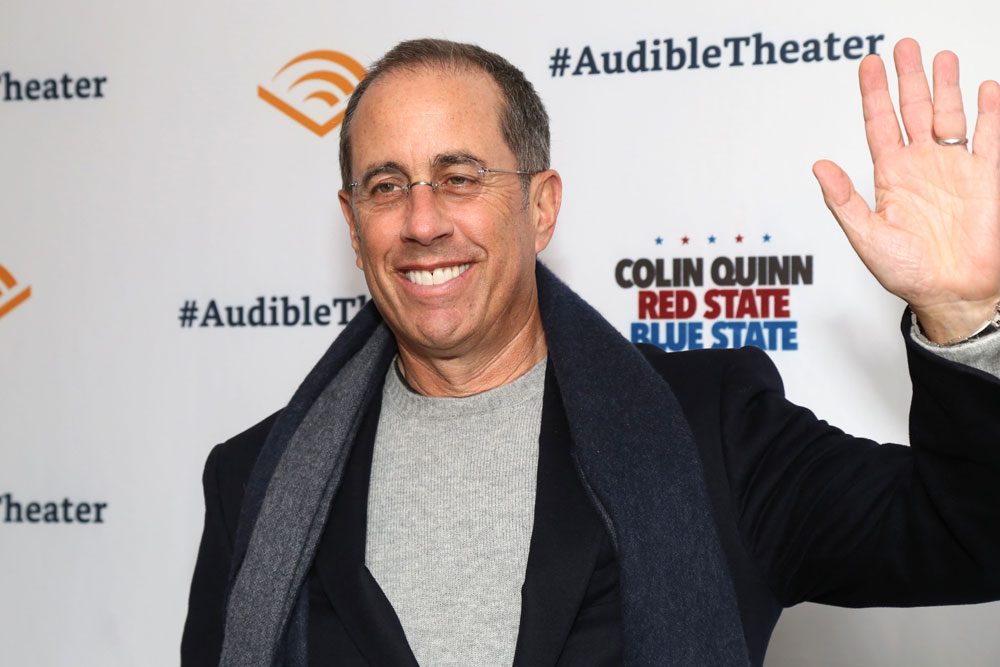 This is such a fun way to highlight Seinfeld’s arrival on Hulu! Beginning June 24, for five days, fans can visit Jerry’s fictional Upper West Side apartment thanks to a pop-up Seinfeld exhibit in New York. The Hollywood Reporter took a tour:

Fans enter the exhibit through a hallway of famous Seinfeld quotes and can take a left to stop by Jerry’s to dissect the day’s minutia. Although you can’t visit Kramer’s apartment, you can recreate George’s risque photo shoot, which Kramer directed, at the opposite end of the gallery.
You can peek through Kramer’s reverse peephole, where you’ll see just what Silvio saw. There’s also a suspicious red light emanating from underneath Kramer’s door.
Once you get to Jerry’s apartment, you can barge through the door like Kramer (or more casually enter, a la George or Elaine) or just hold the door open from inside and glare at your neighbor and say, “Hello, Newman.”

Jerry’s place has been painstakingly recreated to look just the way it did during season 8 of the popular series. The turquoise couch and chair are there, along with the bike hanging up against the back wall, the round table and Jerry’s desk and (now-vintage) computer.

The re-created set faces an audience of New Yorkers (large windows look out onto the street).

Jerry’s kitchen also looks just as it did on the small screen, with its blue stools and shelves full of cereal and snacks, if you want to continue your Kramer role- play and take some food. There’s even real fruit (four bananas, two oranges, an apple and a pear — but no Mackinaw peaches) in the bowl on Jerry’s counter.

The exhibit also contains show scripts, props, and set pieces, like the diner booth table and benches. Jerry Seinfeld also lent the exhibit memorabilia, including a wall papered in brick-patterned wallpaper that is covered with notes and signed by guest stars, including Bryan Cranston and Kathy Griffin, after the final show.

This is such a great opportunity for fans! I love interactive exhibits. I visited the Downton Abbey exhibit last year. It was so neat to be able to look into in recreated rooms like the kitchen or Mary’s bedroom, and to see many of the characters’ gorgeous costumes, including Edith’s and Mary’s wedding gowns and Sybil’s harem pants. Though the Seinfeld exhibit is a great PR move timed with the show’s Hulu debut, I wouldn’t mind if it started a trend of similar TV show-themed pop-up exhibits.

There are so many photos on Instagram of people visiting this!

14 Responses to “An interactive Seinfeld museum is coming in NY”