Russell Brand: ‘If you want to feel confident, stop judging yourself, work on yourself’


I’ve been on a self improvement kick this summer and have been watching videos on self confidence, overcoming fear and stuff like that. It sounds cheesy but they really help. I recently saw Russell Brand in my suggested YouTube feed. He’s doing self help and advice videos now, which seemed weird to me until I watched a couple and found myself nodding along and relating. He’s not saying anything groundbreaking but I was surprised how relatable he came across, and how useful his advice was. Who knew that Russell Brand would be a wellspring of good advice? (I remember finding one of his old standups helpful when he shared the hate mail he gets. I stopped caring about people yelling at me on the internet as much and just came to see it as part of my job.) Here are some quotes from the first video I watched of Russell, which is above, and there are so many more on his YouTube channel.

Confidence is the sense that you have enough are enough on your own and don’t require things you won’t be able to get externally. You don’t feel like you’re constantly at a loss.

On how lack of confidence is from comparison
I see why people would suffer from a lack of confidence because I think we live in this highly comparative and combustible culture. Say I look at David Beckham… if you’re constantly comparing yourself to these difficult to achieve external emblems… I’ve been told that real confidence is when someone embraces and accepts who they are.

On achieving confidence despite perceived lack
I know people who seem confident who have [what] I consider my own faults and flaws. Say you’re worried about your weight. There are people who are bigger than what is advertised as the standard size that seem to be really confident… Lack of confidence must be comparative.

He hates socializing around a dinner table
I experience lack of confidence [in] that old nightmare of having to socialize with a group of 12 people around a dinner table. I don’t know how that has even caught on as an idea. I can’t stand it. I hold myself to too high a standard [to be entertaining]. You can’t be in control of any situation.

If you want to feel confident, stop judging yourself, work on yourself.

I can so relate to having trouble sitting around a dinner table trying to make small talk with strangers. The fact that even Russell Brand has trouble with this is reassuring to me, although it must be worse with the industry types he socializes with. I’ve been trying to put myself in more situations like that and it actually gets easier and is never as bad as you imagine. Also I agree about finding what you love to do and doing that. It sounds so simple but as women we often don’t make time for ourselves. I love dancing and have been going to concerts this summer and am having a blast. I’ve also been taking dancing lessons and am surprised at how much I enjoy it. What he said about body image is so true too. Just watch an Ashley Graham interview and you’ll see why she’s such a successful model.

Again he’s not saying anything new but neither are any of the other people I’m watching on YouTube. It helps just to hear it and there’s something meaningful about a wildly successful celebrity saying they suffer from the same issues as the rest of us.

I also really liked his video on living with fear and anxiety, and he has interviews with other celebrities too! He has spoken to Jameela Jamil, Karamo Brown, and Brene Brown, among many others. So now I’m a Russell Brand fan and I’ll have to check his channel for updates. I know he used to be a cad! I’m coming around on him definitely, but I still wish he would get a haircut and tighten up his beard. That’s his style though.

I just found a bunch of photos on one of our agency sites, WENN, of Russell on The Great British Baking Show. I need to watch this episode now I love that show. 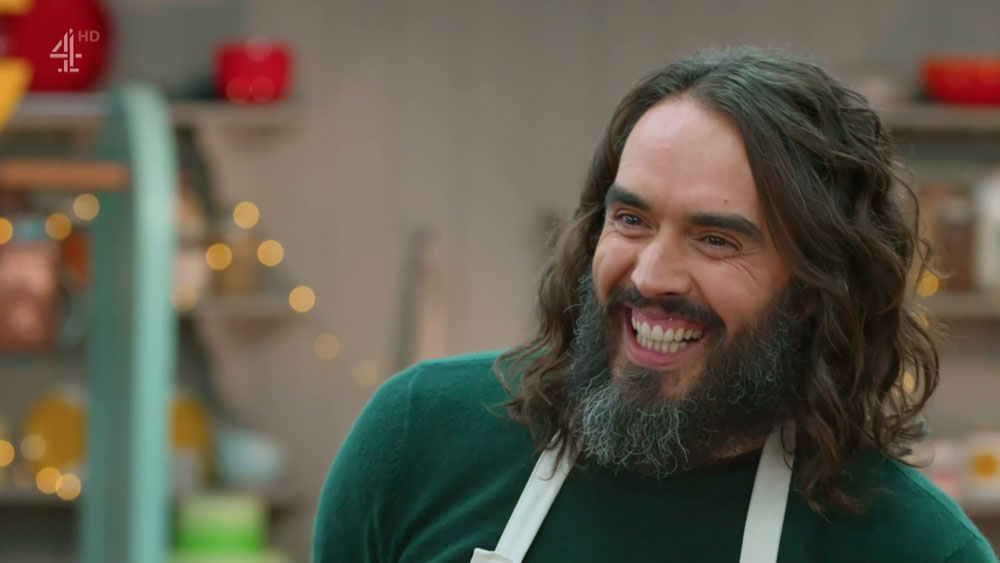 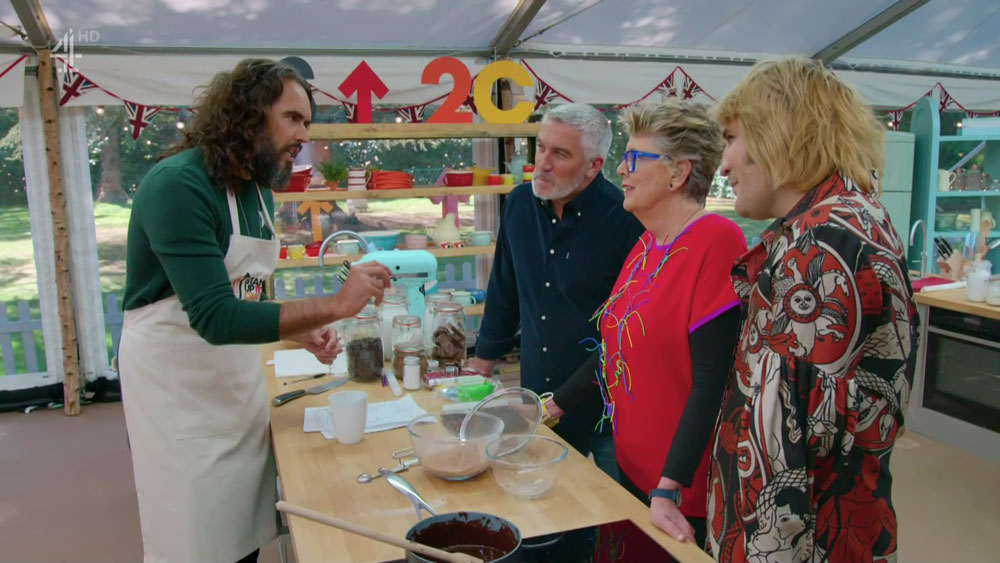 29 Responses to “Russell Brand: ‘If you want to feel confident, stop judging yourself, work on yourself’”