Hannah Godwin, of both The Bachelor and Bachelor in Paradise fame, is now a – whatever former Bachelor and BiP folks do. According to her website, she is a model, photographer and businesswoman. She also mentions on her website that she is “kind of a foodie.” Okay, now she has my attention, I’m always excited to read more about food and drink. So in addition to photos of herself in exotic locales and snuggling with absolutely precious puppies, Hannah posts herself cooking some of her favorite recipes, I guess. Which is exactly what she was doing the other day when she introduced the world to one of her faves: gnosh! Excuse me, I should pronounce that correctly: ‘gnawsh?’ at least, that’s how Hannah says it:

Yes, the actually word we are looking for is ‘gnocchi’ and Hannah has no idea how to say it. However, neither do I so I am certainly not going to fault her. I know enough to pronounce the ‘I’ on the end as ‘ee’. However, the first part eludes me constantly. I usually say it “Nee-oh-kee” but I also use “Nah-kee.” As People said, Merriam-Webster, gives us three pronunciations so pick your favorite. But honestly, I can’t pronounce half the stuff I make. I am always messing up bruschetta and I just learned five days ago that Pho is pronounced ‘fuh’. That’s why I’m so happy with Hannah’s responses to the criticism. She doesn’t pretend like she’s just honoring her grandmother on her cousin’s side once removed who taught her how to say the word, nor did she try to pass off that she was using the Yiddish “nosh,” Hannah full up admits she messed that word up:

Have y’all ever said a word wrong before https://t.co/rvTO7pBNZj

Why yes, yes I have, Hannah. I guess she was making this recipe for the first time but what I don’t know is – is this her first brush with gnocchi? It’s possible she’s seen it, just never had to say it out loud. But she’s got a very definite question mark in her tone, it really sounds like this is her first encounter with the word. Hannah lives in Alabama – Alabama CBers, is gnocchi uncommon in your area? And how the heck did she spend “a summer in LA” and not run into that word?

But Hannah was not left out to dry in the treacherous landscape that is social media, fiancé and fellow BiPer, Dylan Barbour was quick to praise his love’s gnosh, and Hannah promised him a life of it:

Again, I respect that she’s laughing at herself so she can pronounce it anyway she wants. As someone who still stumbles over ‘irrevocable,’ I can’t judge. But the only thing I truly care about in this whole story is: there is such a thing as Cauliflower gnocchi! I have a very odd relationship with those delectable impossible-to-pronounce mounds of potato wonderfulness. I will get a massive craving for them, make them, and eat so much I get sick and unable to even smell them for six months. Not to mention the lengths I have to go to get those calories back. I’ll bet they are magnificent in cauliflower and the fine folks at Trader Joes have already made them for me? I’m so happy. I hope Hannah mispronounces everything from here on out so I can learn about all these magic food items I didn’t know about. Work up an appetite, folks – it’s Cauliflower gn-osh with homemade peh-sst tonight! 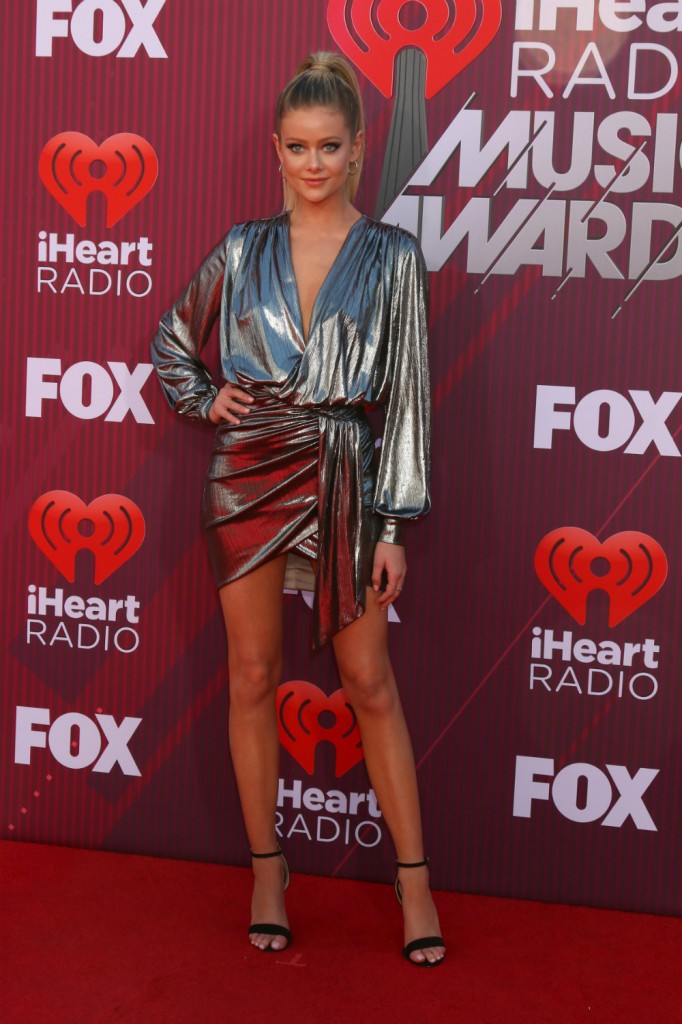