Issa Rae on working in a quarantine: ‘I’m just being very productive’ 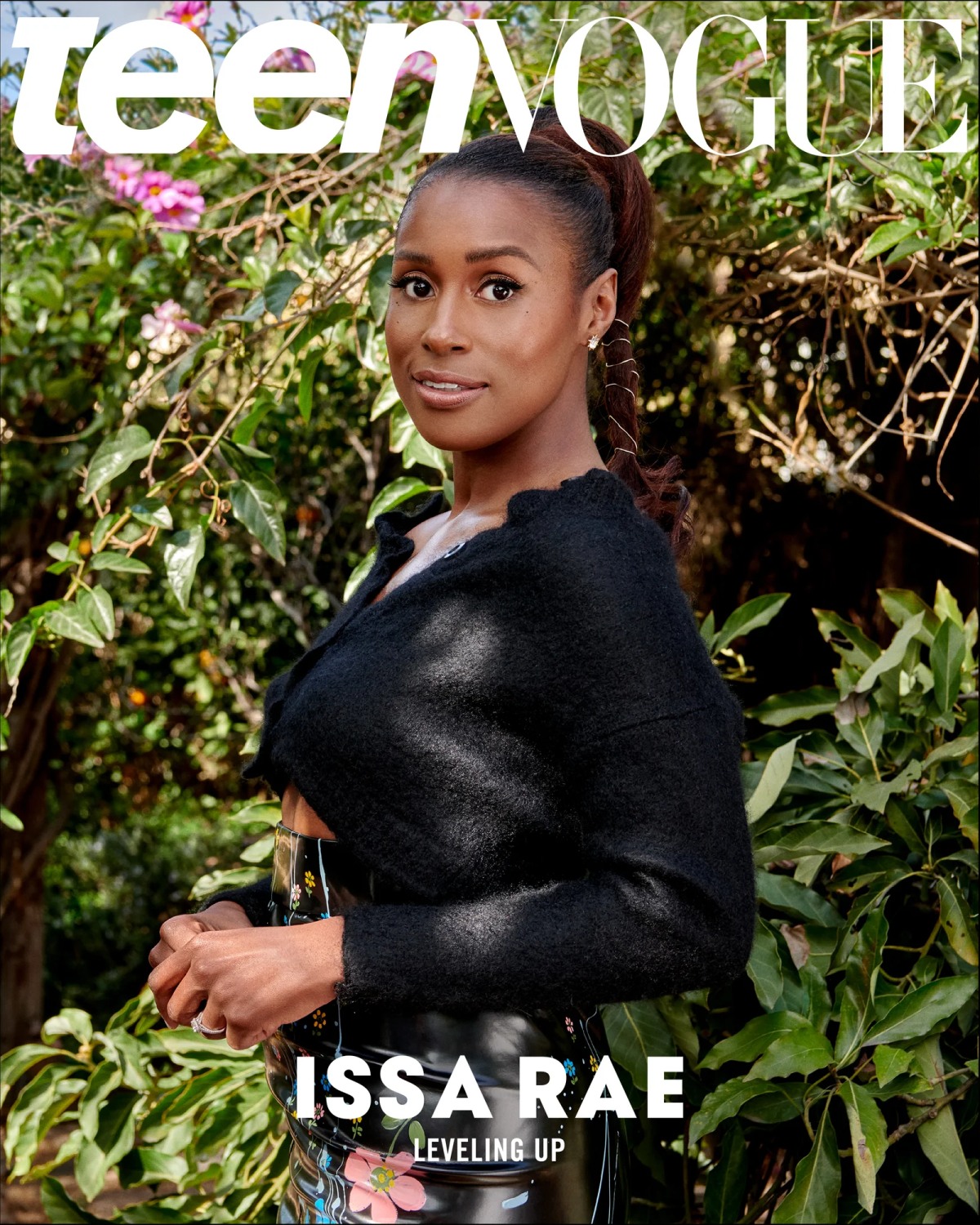 Issa Rae covers the new issue of Teen Vogue to promote the fourth season of Insecure, plus she’s promoting The Lovebirds, her rom-com with Kumail Nanjiani. The Lovebirds was supposed to get a theatrical release, but they moved it over to Netflix, and it will “premiere” there at some point. But the big thing in this interview is Insecure’s Season 4. Issa stands alone as a black woman creator (writer/producer/star) on premium cable, but she’s inked development deals all over the place. I absolutely love one of Issa’s side-projects as executive producer of Black Lady Sketch Show (one of the funniest shows on TV). She also had about a million other things in development too, although I wonder if the pandemic has changed some of those deals. Anyway, you can read her Teen Vogue profile here. Some highlights:

The need for escapism: “With Insecure and other shows, people are looking for an escape and they get to go into this world where a pandemic doesn’t exist and laugh and be immersed in somebody else’s stuff. There’s a huge opportunity for art to get noticed, and shared, in a new way because we have all this time … and I love that people are anticipating [our return], but it’s not done, and I would never want to release the season all at once because then what are you going to do next week?”

She’s a writer-producer first: “I just want to try different things [and] keep getting better … because I’ve never considered myself an actress. I always considered myself a writer-producer — and an actress for fun. I want to make sure that with each project I’m taking on, I’m bringing something to the table and not just showing up as me. A lot of people don’t get this opportunity, so I don’t want to take it for granted.”

Filming in black neighborhoods which are often being rapidly gentrified: “It’s always going to be part of the story. I call [the show] a time capsule of South L.A. because from season one to season four, it’s different. You see it, and it’s tragic, but it’s also going to serve as a nostalgic piece, which I’m proud of.”

How she’s dealing with the quarantine in California: “All I’ve ever said is, ‘If I just had more time, I could kill it.’ Lord knows I didn’t want it this way, but I’m just being very productive and getting all the sh*t done that I’m being paid to do. I still listen to the news every morning and have anxiety about all of the things that we are doing wrong, and I worry about my family, but the only way for me to not drive myself insane is to continue pretending like things are normal. Staying busy is how I cope.”

Insecure is her story, period: “When we were coming out, I tried to make disclaimers before the show premiered — like, ‘Yo, this is a very specific Black female experience. We can’t showcase everybody’s experience. This is personal to me, and it’s about my friends.’ And even still, you get people that are like, ‘That’s not me’ or ‘I don’t know any Black folks like that.’ If I felt restricted by audience reaction, then I couldn’t make the show. We tune all that sh-t out because we just want to tell the best story. I don’t feel obligated to tell certain stories because of our audience, and I don’t feel restricted from telling certain stories because of our audience. It’s my story. Who’s going to tell me what to say?”

“I’m just being very productive and getting all the sh*t done that I’m being paid to do…” HOW? I mean, to a certain extent, Issa and I are both “writers” and we have a similar kind of temperament where we can just sit there and write the thing. But lord, it’s a major struggle for me to just blog about royals and celebrity gossip these days. I’m crazy-distracted. So how is Issa doing it? And I also have to wonder how many projects are currently being rewritten or will need to be rewritten to reflect what’s happening now. Anyway, looking forward to Insecure!

11 Responses to “Issa Rae on working in a quarantine: ‘I’m just being very productive’”