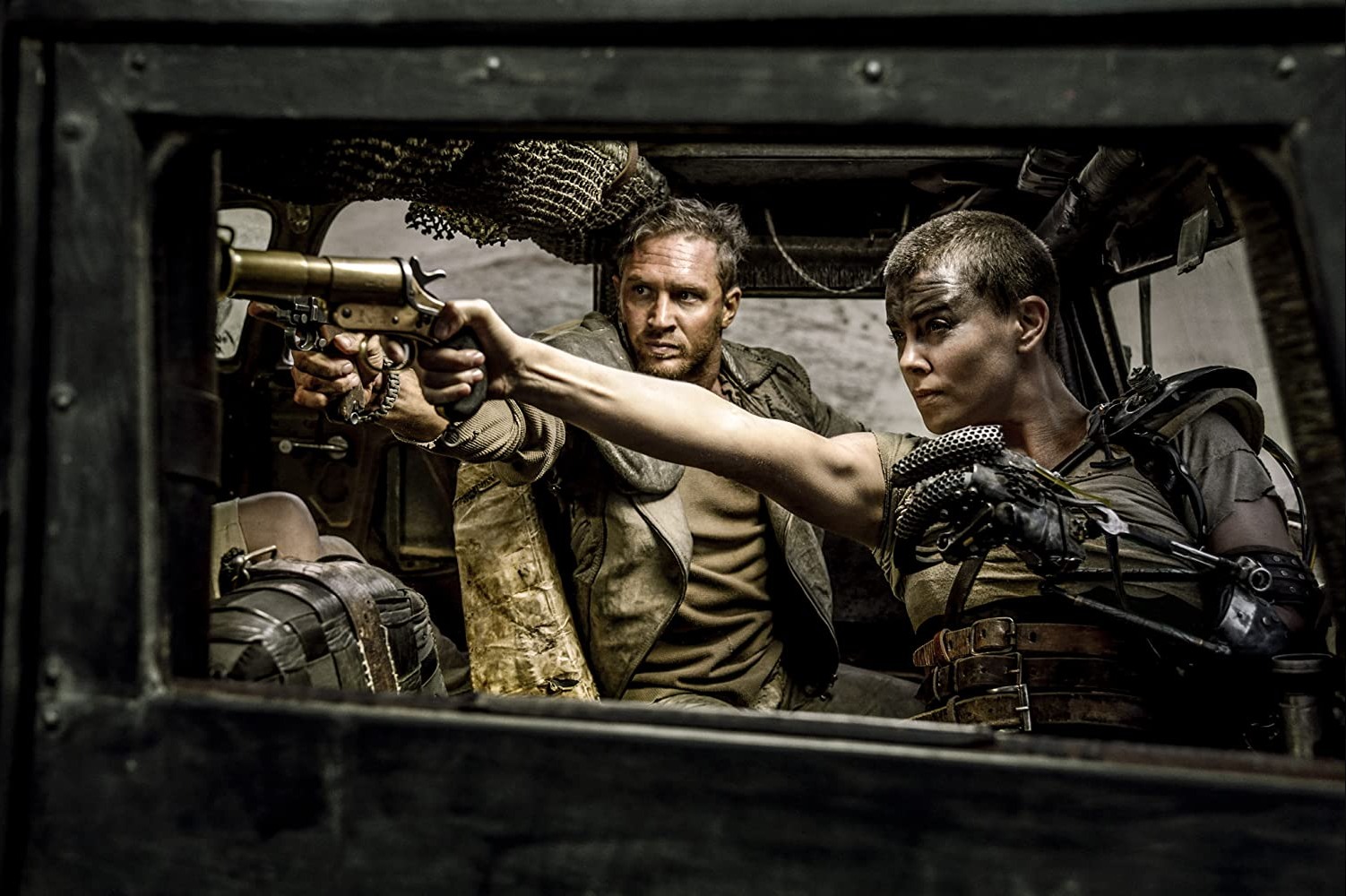 As I looked through the Cannes Film Festival premiere photos from 2015’s Mad Max: Fury Road, I was suddenly reminded of how awkward the promotion was. At that point, it had long been rumored that Tom Hardy and Charlize Theron had butted heads during the production, and while they managed to stand next to each other for all of the photocalls and premieres, there was a chill between them. That chill was backed up by Charlize, who spoke about their general dislike of each other during production, but she always emphasized that it was just a difficult shoot all around. Tom was later asked if he and Charlize had buried the hatchet, and he said “there was no hatchet to bury for me.” I’m reminded of all this because the New York Times did an excellent “oral history” of the film, and both Charlize and Tom were interviewed, and they spoke about the chilliness between them. Some highlights:

Tom on the focus on Furiosa: “Charlize arguably laid down the finest lead character in an action movie, and that credit is much deserved, in my opinion; both to her as a phenomenal talent and also to George for recognizing from the very start that it was time to pass Mel’s shoes onto Furiosa.

Charlize on the fear: “The biggest thing that was driving that entire production was fear. I was incredibly scared, because I’d never done anything like it. I think the hardest thing between me and George is that he had the movie in his head and I was so desperate to understand it.

Rosie Huntington-Whiteley: “There was a lot of tension, and a lot of different personalities and clashes at times. It was definitely interesting to sit in a truck for four months with Tom and Charlize, who have completely different approaches to their craft.

Zoe Kravitz on Tom: “Tom really had moments of frustration, of anger. Charlize did, too, but I feel like he’s the one who really took it out on George the most, and that was a bummer to see. But you know, in some ways, you also can’t blame him, because a lot was being asked of these actors and there were a lot of unanswered questions.

Charlize on Tom: “In retrospect, I didn’t have enough empathy to really, truly understand what he must have felt like to step into Mel Gibson’s shoes. That is frightening! And I think because of my own fear, we were putting up walls to protect ourselves instead of saying to each other, “This is scary for you, and it’s scary for me, too. Let’s be nice to each other.” In a weird way, we were functioning like our characters: Everything was about survival.

Tom on how he was over his head: “I would agree. I think in hindsight, I was in over my head in many ways. The pressure on both of us was overwhelming at times. What she needed was a better, perhaps more experienced, partner in me. That’s something that can’t be faked. I’d like to think that now that I’m older and uglier, I could rise to that occasion.

I find Charlize remarkably classy about all of this – I remember the stories about Tom being a complete a–hole to her, to George Miller, to everyone, and she was the one who had to talk about it endlessly while Tom largely got a pass on explaining himself. And now, years later, she’s like “in retrospect, it was hard on him.” I also think it was hard on Tom when he thought he was going to be the new Mel Gibson, only to find out during the production that the film actually revolved around Furiosa. There’s tons of other interesting stuff in that piece, like Miller recruiting Eve Ensler to come down to Namibia to work with the women on their characters, and how all of the actresses playing “the wives” looked to Charlize for help and… it’s pretty clear they all still hero-worship her. It’s a great piece! 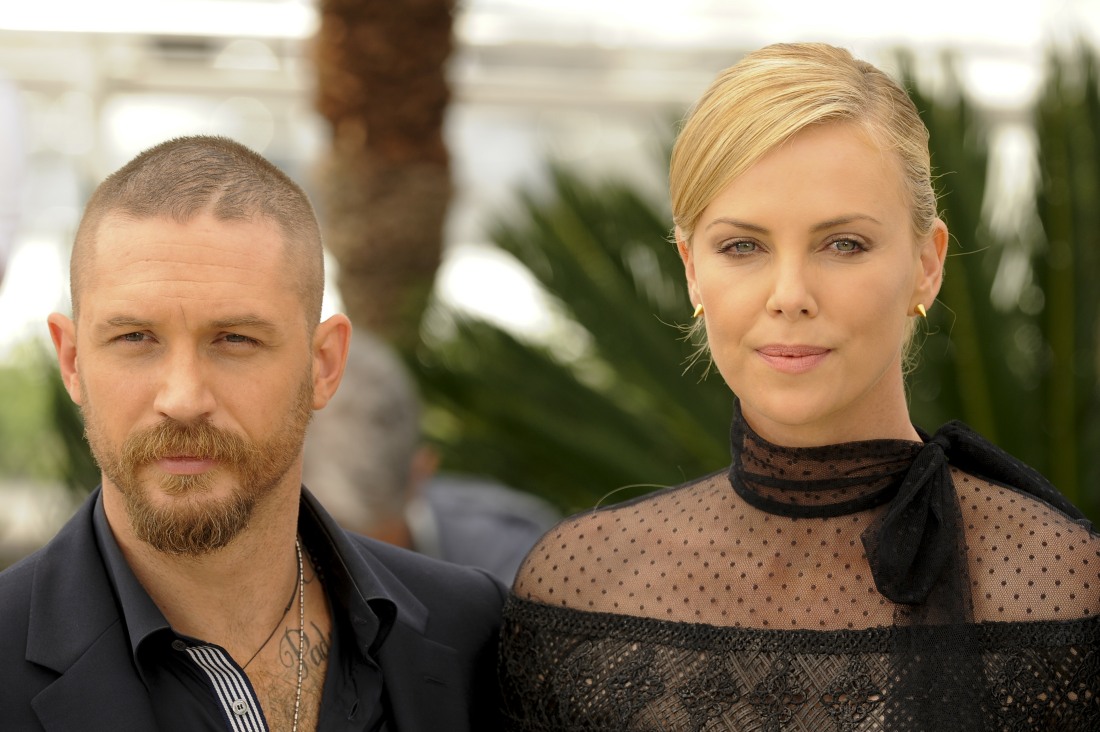 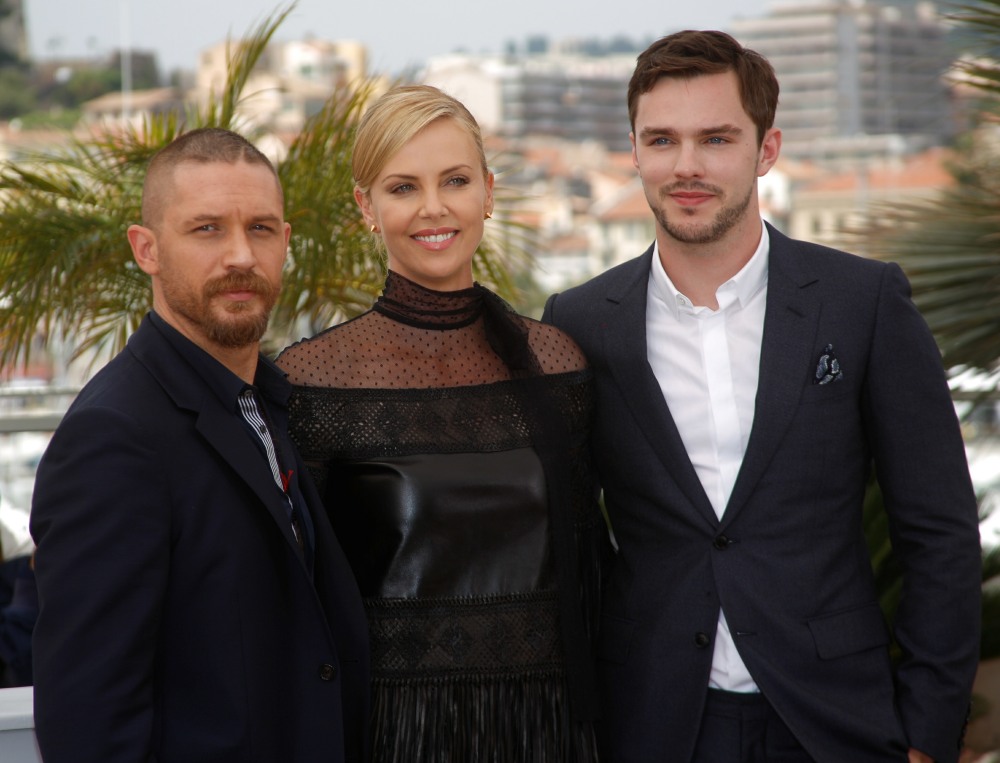