Colin Jost: Relationships don’t have to be hard, ‘a lot of times they can be fun & easy’ 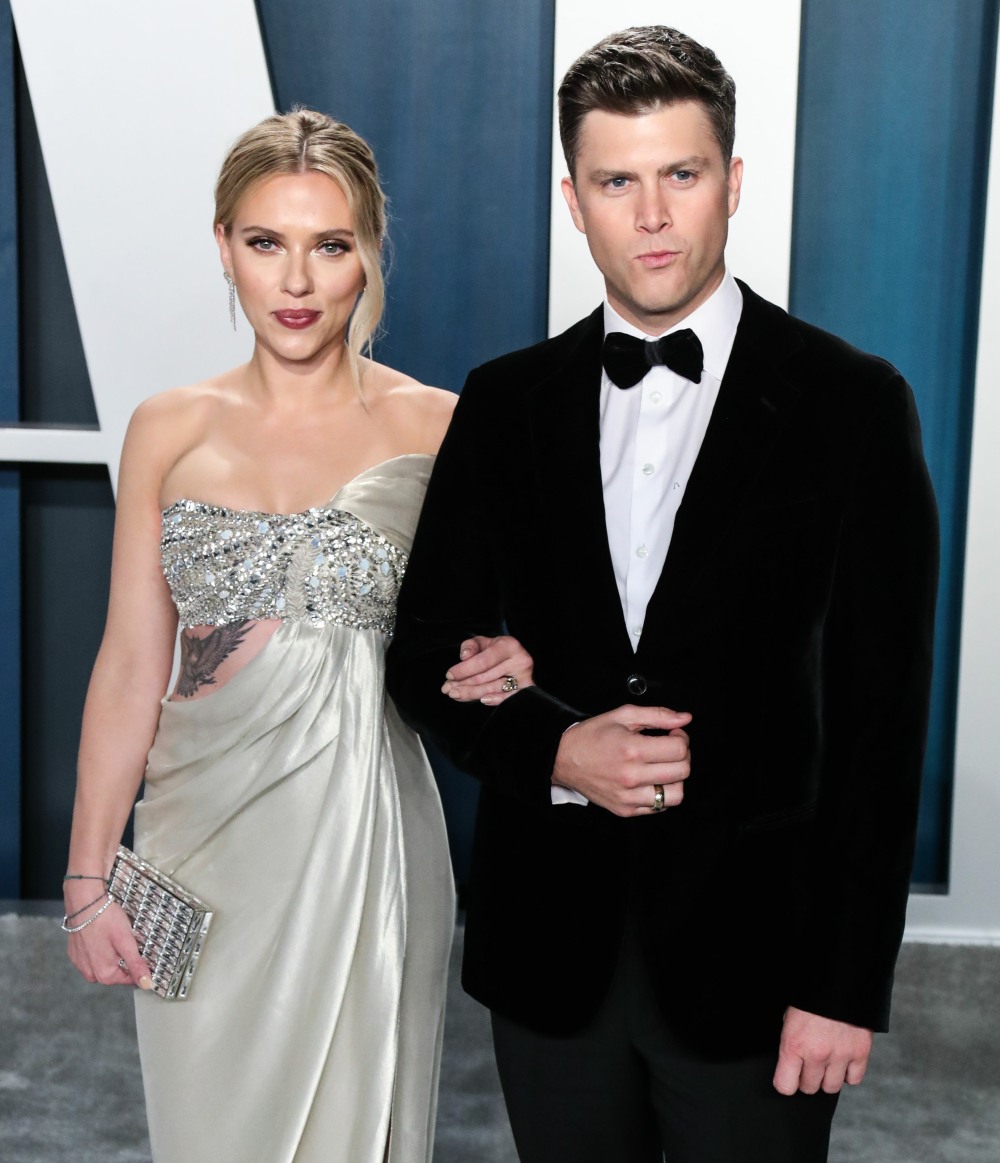 For days now, I’ve seen these Colin Jost headlines and I was just ignoring them because I think he’s white privilege personified, but then I realized WHY he was getting so many headlines. Dude wrote a book – a memoir called A Very Punchable Face. Ah, so witty! I think that kind of hyper-self-aware vibe only works if people have already established that you’re actually a good guy. Has Jost established that? Anyway, it turns out that Jost is talking a lot about his relationship with his fiancee Scarlett Johansson, and it’s gotten sort of interesting. Some assorted quotes:

Easy love with ScarJo: “It’s a relief kind of, you know? You always hear things like marriage or relationships are hard, but they don’t have to be all the time. A lot of times they can be fun and easy. The goal should be that your lives are better together rather than more difficult. I think the people that are unhappy are just more vocal about it. The people that are happy are kind of like, ‘We don’t need to tell everyone we’re happy. We’re just going to be happy.’”

Getting attention for his personal life: “I’ve gotten more self-conscious about it. I’m still surprised that anyone cares about anything I do, because for so long in my life, no one did.”

He worried about losing his identity when he started dating Scarlett: “Yes. That was definitely a worry. The lucky thing was, people in the [Saturday Day Night Live] cast really liked her when she was there as the host. I worried about my identity with it and also with comedy. You work in comedy, so, I was always worried about anything that felt non-comedy or took me out of the world of comedy. You have to keep your own identity and do your own thing.”

Imagine being Scarlett Johansson and having completely bland and mediocre men worried about losing their identity because they get to have sex with you. LOL. And I love that Jost is all “omg, I’m so self-conscious about people up in my business!” while he’s dumping out his purse to Howard Stern and People Magazine. I mean…

I will say this, he has an okay point about easy, fun relationships. Whenever some celebrity couples talk about how relationships are such hard work, I always wonder if it’s hard work because those two people actually suck together. 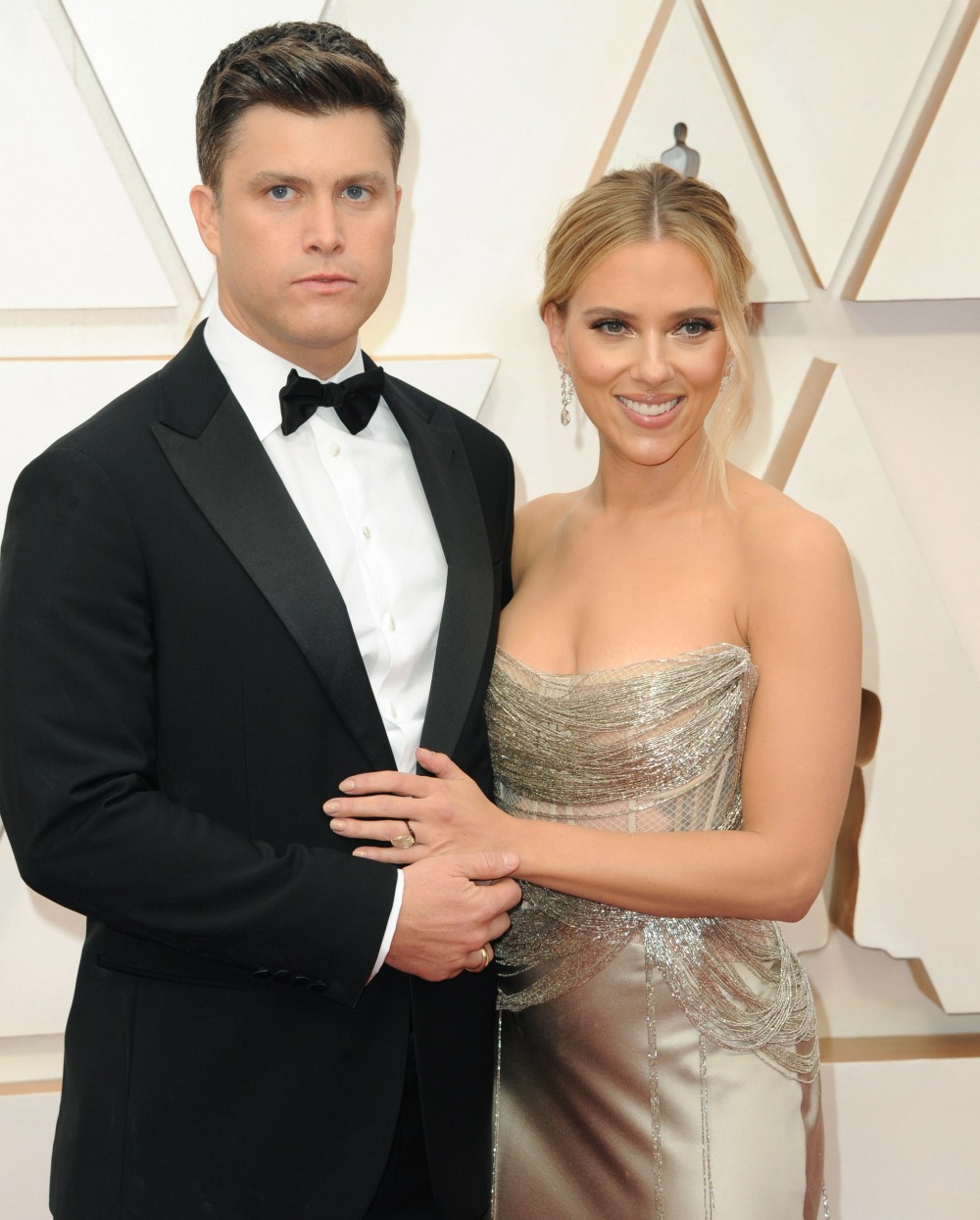 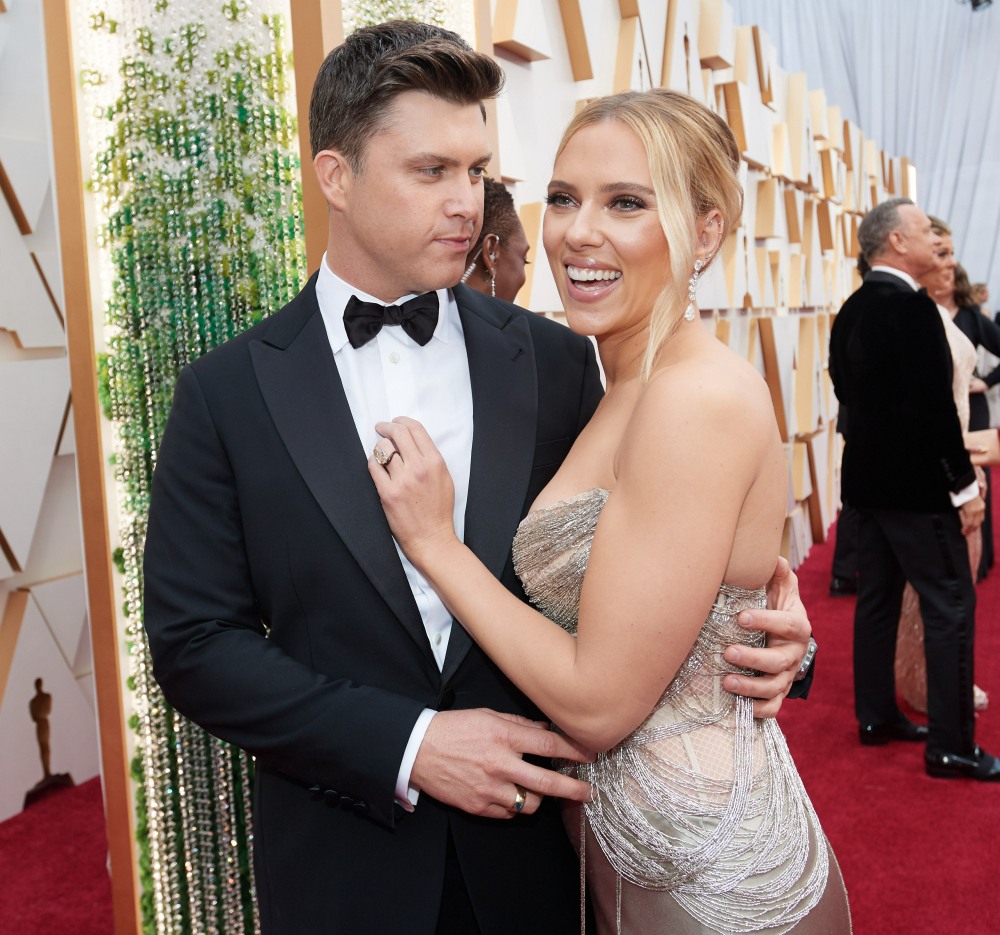 18 Responses to “Colin Jost: Relationships don’t have to be hard, ‘a lot of times they can be fun & easy’”