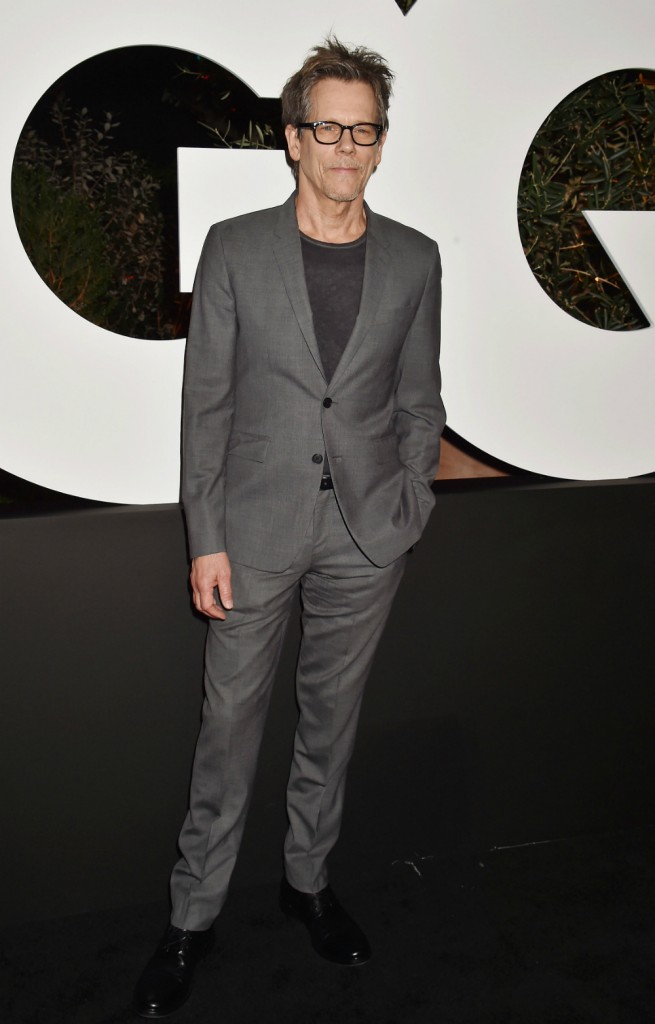 Like many celebs, Kevin Bacon has been a delight during lockdown by allowing selected glimpses into his private world with wife Kyra Sedgewick. He’s not divulging any major Bacon family secrets, just letting us peek in a few windows. Recently, Kevin did a short video for TikTok to discuss his Morning Mango Routine (doesn’t everyone have a morning mango routine?) Fortunately, for us non TikTok-ers, he also posted it to Twitter. So here it is, folks, since I know you were dying to see how Kevin eats a mango:

Forgive the whispering, someone (and I’ll name names here @kyrasedgwick) was still asleep. I often like to have a little #MorningMango. What’s your favorite fruit trick? Hope you enjoy the accidental #ASMR. pic.twitter.com/ZYHOmvl9aV

A couple of things: I’m relishing the irony of a man named Bacon discussing non-bacon related breakfast foods, even though I get how obvious the joke is. Second, I am of the ‘fell in lust with Kevin during Footloose’ generation so watching him bear down on that mango made me sit down and take a moment. I was once in a crosswalk in front of Kevin’s car and my toddler daughter got away from me, veering in his direction (it was a gorgeous car, I get her motivation). When I regained control of her hand, I mouthed sorry at the driver before I knew who it was. Kevin gave me his famous side mouth smile and two-finger it’s-okay salute with his hand still on the leather rimmed steering wheel. It was so effortlessly sexy I almost lost control of my kid a second time. But I digress. Why I wrote about this is because I want to talk about food. Don’t you? Don’t we all? As for Kevin’s mango and chili – it’s delicious. I agree he overloaded the chili powder in parts, I would do a light dusting, but the lime squeeze is what pulls that all together.

Now, those of us on the West Coast have grown up eating the popular Mexican seasoning Tajín on fruit. It’s sold in the produce aisle of the grocery store because it pairs so well with virtually all fruit and vegetables. It is comprised of: chili peppers, lime and sea salt. So Kevin is just doing an at home version of that and I can attest, it’s delicious! It also looks refreshing and, as some of you know, we’ve been going through a heatwave in California the past few weeks. So anything cool and flavorful, especially if you don’t have to fire up an oven is marvelous at this point. The whispering and slurping Kevin does in the vid just enhances the experience as a whole

To that end, I wanted to share a few food items I’ve been enjoying lately. I’m trying very hard to improve my diet so instead of reaching for the tortillas to snack on, I am back to one of my favorite snacks – cottage cheese with a spoonful of fresh salsa. I find cottage cheese and fruit too sweet so I avoid fruit based salsas, and generally stick to a restaurant style salsa fresca. If I just want a kick, I do the cottage cheese with a couple of shots of Tapitio. I love cottage cheese as a snack because if you train yourself to eat it in small forkfuls, even singling the big curds out for a single bite, it fills you up so you only need about a quarter cup max. My husband has been frying up some tofu in small bites. He seasons them heavily with salt and pepper and cooks them in cooking spray on a cast iron griddle. They get a little crunch and just a handful dipped in the hot sauce of your choice makes for a nice protein rich snack. If you don’t need to focus on protein, plain popcorn tossed with chili powder and a squeeze of lime is delicious too. You can put a few shots of hot sauce on the popcorn instead, just be careful how much so the stuff at the bottom doesn’t get soggy.

But, the real reason I wanted to discuss food is because of this Balsamic steak and gorgonzola salad we had the other night. I got it from Aberdeen’s Kitchen with whom I have no association, and this is not an ad, but it was so good, I feel the need to share it. The thing that delighted me the most was first of all was how beautifully the flavors worked in harmony for a mouthful of deliciousness. We added cucumber. We did not add, but agreed after the fact, that half an avocado, cubed, would have worked beautifully with it. And, like with all salads, you can keep certain items out if you have picky eaters and just add them to your own dish. Here’s the recipe. Happy noming!

Good morning. Here’s a little #TBT for you to enjoy with your coffee. Did I mention I need coffee? Who else has been surviving on coffee in #quarantine?