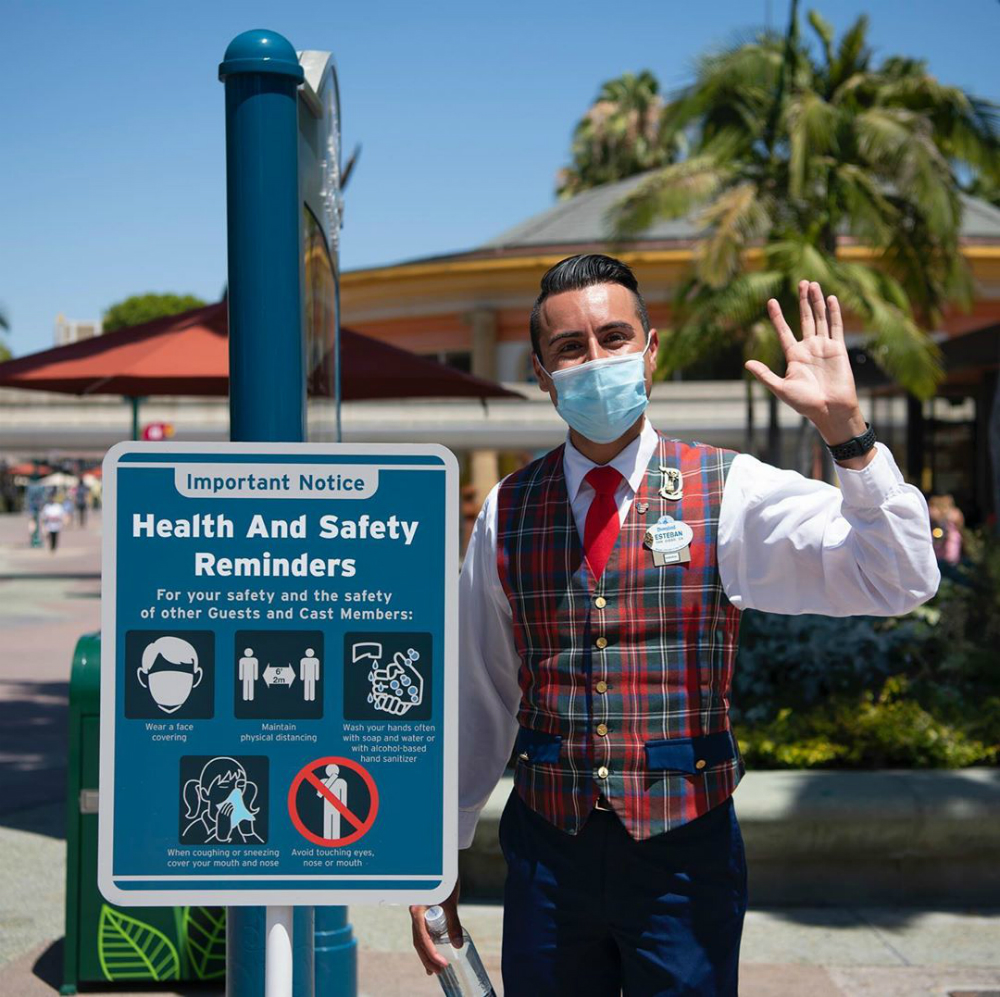 This story will likely end my days as a Disneyland apologist. My beloved House of the Mouse has seriously f**ked up. Even after a successful test run of reopening with the NBA Bubble at Disneyworld in Florida, Downtown Disney in Anaheim, CA is throwing all sensible COVID precautions out the door in favor of the almighty dollar. That’s grossly irresponsible but what sounds practically criminal, Disney refuses to accurately report positive COVID cases to their employees. Instead, they are only reporting the number of cases to the Disney union, leaving the rest of the employees to let each other know of outbreaks. They’ve had to communicate secretly because they risk being fired if caught discussing it or speaking to the press.

In early July, the Walt Disney Company reopened parts of two amusement parks: Disney World near Orlando, Florida, and Disneyland in Anaheim, California. The former reopened to house the tightly controlled 13-week experiment known as the NBA Bubble, in which staff, players, coaches, and personnel adhered to strict social distancing guidelines and isolation requirements, paired with regular on-site testing. The latter welcomed back its workers with less grandeur, opening up a sprawling outdoor shopping district called Downtown Disney, with a select staff of several hundred.

Unlike the Bubble, the Downtown Disney district had no on-site testing. In a letter to the unions in June, Disney Labor Relations Director Bill Pace called testing “not viable” and prone to “false negatives,” in spite of the fact that it has been implemented in Orlando. Likewise, the district did not contain its visitors, but allowed streams of thousands to pass in and out of the area with little more than a temperature check. But the most alarming difference, cast members told The Daily Beast, involved the district’s shadowy contact tracing.

Four sources familiar with the matter told The Daily Beast that Disney has kept the total number of positive cases at the district under wraps, alerting unions only to the positive test results of their members—often days after the fact, risking further exposure—and leaving workers to guess for themselves why colleagues disappeared for days at a time, or why 11 people from the 12-person Horticulture Irrigation team didn’t show up to work for a full week.

“We want to know if any cast members have tested positive. But Disney has taken the position that they’re only going to tell us if our cast members do,” said Matt Bell, a spokesperson for UFCW Local 324, one of a dozen unions representing workers, or “cast members,” at Disneyland. “What is supposed to happen is contact tracing—find out who was exposed and quarantine them as well. I can’t confirm that they’ve done that.”

“Basically all of our COVID information has come from word of mouth,” said Alicia*, the spouse of a cast member whose contract prohibits them from speaking to the press, “co-workers texting each other, co-workers talking to each other, and things that my [spouse] has seen on the job. None of this is from any of the managers. Disney management is not really officially acknowledging that any of this is happening.”

“In addition to [Disney’s] unscrupulous suppression of their Covid-19 case numbers, they have ‘highly encouraged/recommended’ employees to not anger ANY customer in Downtown Disney,” Alicia wrote. “Regardless of the new safety rules, so long as the customer is wearing a mask, [cast members] are discouraged from ‘ruffling feathers,’ meaning social distancing enforcement has become fairly scattershot at best.”

The full report from The Daily Beast is so much worse. They include one instance of a worker who knew he had COVID and showed up to work his full shift anyway. Another got a positive result and was asked to work that night, even after he’d disclosed his test results. Requests for comments from Disney, Gov Newsom’s office and the City of Anaheim have all gone unanswered. This is b*llshit. An entire horticulture team, who works everywhere in the park and Downtown Disney, disappeared and the cast members were not told because they’re different unions. The article does not mention what measures are taken to protect workers from the virus, except to mention Disney workers were responsible for their own testing, it is not provided by their employer. That, refusing to accurately report cases and not ensure accurate contact tracing is recklessly negligent and they deserve all the lawsuits coming their way.

At the end of the article, Alicia, the Disney spouse that’s quoted above, said that employees are, “’highly encouraged/recommended’ to not anger ANY customer in Downtown Disney.” Although masks are still being enforced, social distancing is being eschewed to avoid “ruffling feathers” among the customers. Yes, gawd forbid we upset someone spreading a deadly virus as he cuts in line to get a Dole Whip.