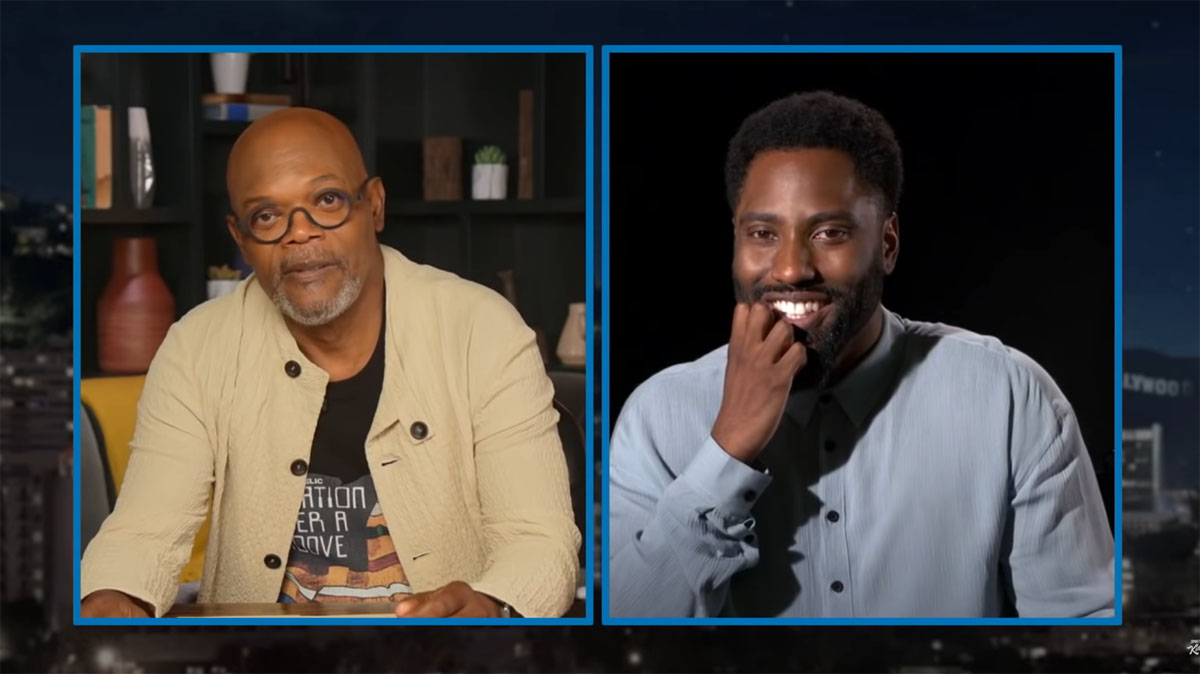 John David Washington was a guest on Jimmy Kimmel Live with Samuel L. Jackson guest hosting. It was a joy to watch and I’ve embedded the video below. They’ve known each other since John was little, because he’s Denzel’s son of course and Denzel and Sam are close. John is promoting Tenet but we also just heard that his film, Malcolm and Marie with Zendaya and directed by Sam Levinson (Euphoria), was picked up at TIFF by Netflix. That was the first film to be finished in lockdown, it’s a romantic drama and is in black and white. I’m definitely interested in that.

John told Sam that he’s back in Brooklyn now but that he moved back in with his parents, I’m assuming in LA, for a while during lockdown. He said he stayed in his old room and that part made me laugh so loud. “Yes Uncle Sam I was in my own room.” He said he had to do chores too but they don’t sound too bad.

What was your chore because I know Denzel likes some order in the house
I can’t believe we’re doing this. My chore was to was to make sure I’m down for dinner and that’s a joy that’s not a chore.

That’s not a chore. A chore is sweeping the driveway, taking the garbage out. Something that earns your keep
How about cooking?

You’re the grillmaster. You’ve got mad grill skills.
You’ve had some of it. Thank you.

How much are you allowed to even say about [Tenet]?
Warner Brothers and Syncopy they’re watching me right now so I’ve got to be careful. They’re always watching. What I can say is it is a globe-trotting, spy thriller, action-packed Nolan drama.

After [your family] saw the movie did you go back home and get critiqued?
We definitely went back home and discussed it the entire weekend. They loved it and there was ‘what the hell is going on’ moments for sure. We seemed to gain more context with what was going on in the movie as we started to reflect on it. [My family] got it really quickly.

Kaiser sent me this story in People and I got excited thinking that John had actual chores to do at home, but it sounds like he was just held accountable and helped out where he could. They’ve surely got a houseful of staff, even now. In my 30s I moved back in with my parents for a while and we got along great. My dad has a certain way he runs the house and once I learned that and pulled my weight it went smoothly. It really helped me get closer to them and I’m glad we were able to do that. Now I’m teaching my son how to to run a house and he’s getting particular about how things are done! He’s telling me to take my shoes off in the house. Sweeping is one of his chores and he doesn’t want more work to do. I love to see that.

As for Tenet, I’ve heard it’s super confusing and John’s story about having to talk it over with his family just reinforces that. I’ll watch it when it comes on demand though.

Here’s the interview! The talk about chores is around two and a half minutes in.

This photo is from 2010:
Embed from Getty Images 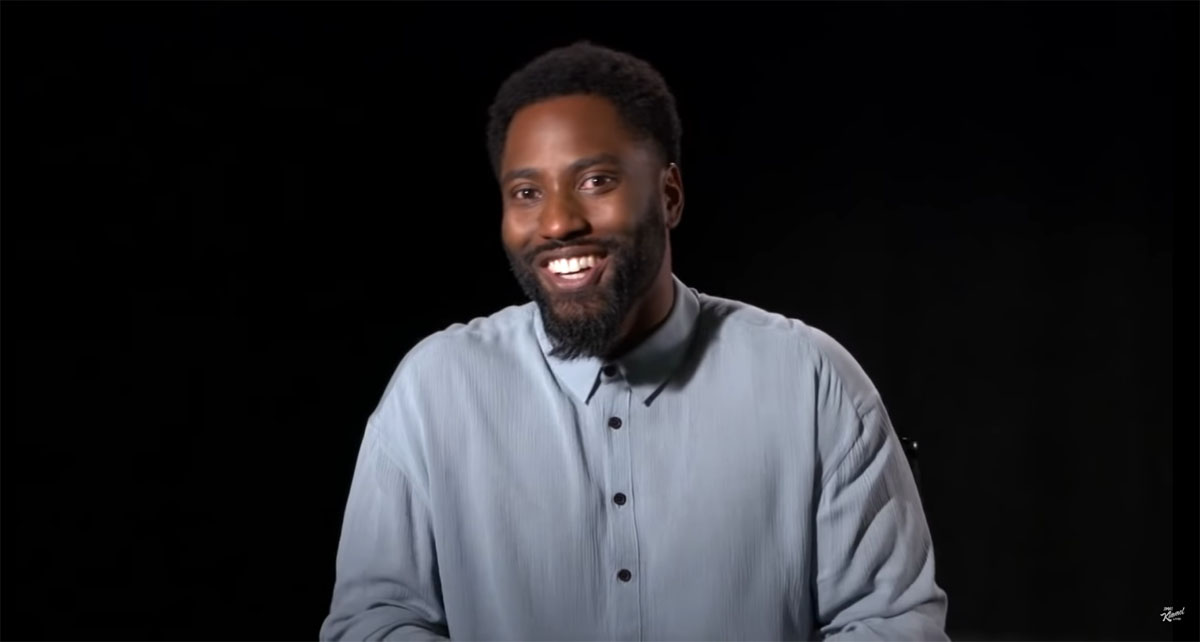