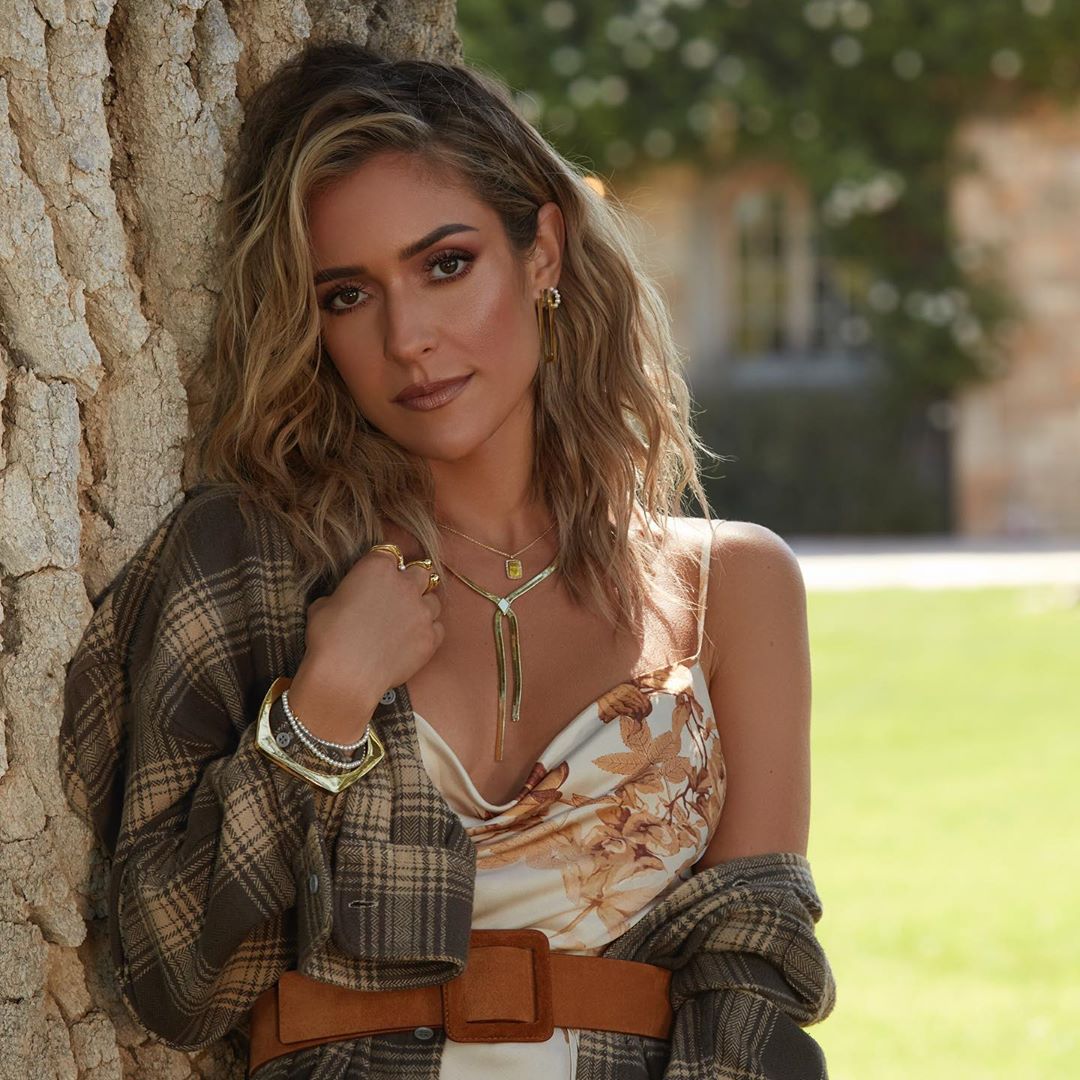 Say what you will about Kristin Cavallari, she’s taken her milquetoast white girl antivax brand to new heights. A lot of that is pure hustle, she was just on Kelly Clarkson’s show in freaking person. Kelly’s entire audience is LCD panels and there’s Kristin, sitting on the couch talking about her divorce. There’s only a one minute clip online and my favorite quote is this one “even though I’m from the reality TV world I’ve always kept cameras somewhat at an arm’s length.” So she can take selfies, amiright? She was explaining why she wasn’t going to show her divorce on her reality show, to spare her kids. Kristin got separated early in the pandemic and was able to drag out the news cycle to maximum effectiveness.

Kristin has a new book cookout out so she’s rolling out a new guy. Kristin is dating a comedian and MTV host named Jeff Dye. We know because TMZ ran a video of them kissing in Chicago. It’s just a 17 second video and a quick peck outside, but come on, someone leaked it to them. Kristin lives in Nashville. I guess she’s traveling around and dating people like nothing is wrong. Meanwhile US Magazine has a whole “things you didn’t know about” for Jeff. Whatever is going on, it’s benefitting his career too. Here’s more from US, they apparently met through Instagram:

In video footage of the pair posted by TMZ on Sunday, October 11, [Kristin], 33, smiled as she leaned in to give [Jeff], 37, a kiss and put her hand on the side of Dye’s face as they talked animatedly at an outside eatery.

The pair follow each other on Instagram and the former Laguna Beach star has been liking Dye’s photos since the beginning of October, while he has been liking her posts since July and in August joked on her post promoting Dry Farm Wine that she needed something a little stronger. “Wine???” he commented on August 20. “You need some whiskey.”

TMZ has a five minute video of Jeff’s standup He’s actually hilarious and his jokes weren’t sexist or racist in the clip I saw. I know that’s a really low bar but he’s a white guy and he’s dating Kristin Cavallari, you would expect that. Plus he seems somewhat decent. So good for Kristin. I want to know how people are dating at this time though. I’ve gone on some dates but it’s always outside, in masks, with no contact. If I’m going to make out with someone it’s more serious now than sex was at the beginning of the year. That’s got to be my boyfriend and we’ve both got to get tested and have a big talk about it first.

Happy Thursday! I’m praying this post doesn’t inspire a bunch of angry or weird Insta comments and arguments but if ya gotta let er rip. 😆