Miles Teller: ‘I just think a lot of actors are getting very homogenized’ 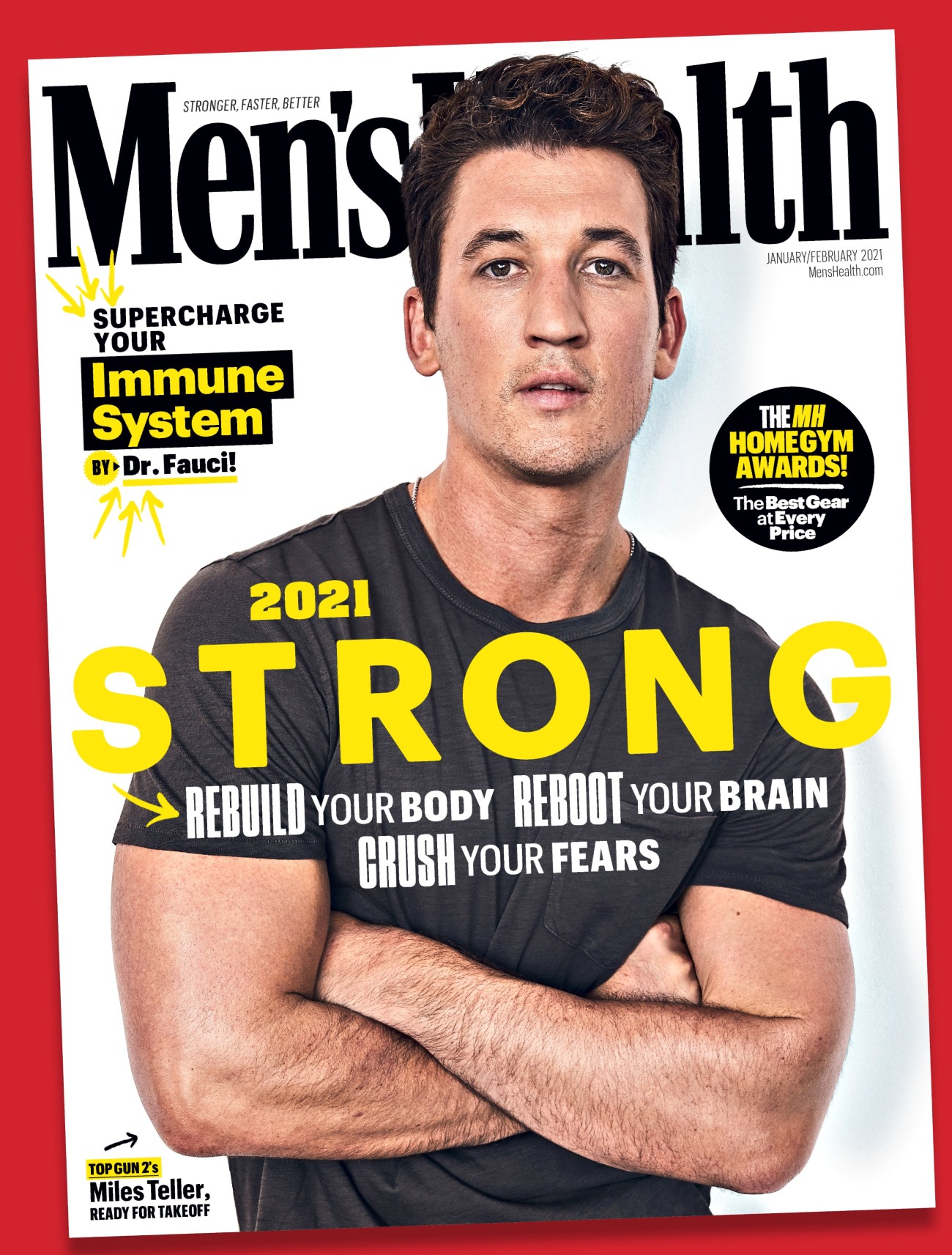 For years, I’ve sort of enjoyed Miles Teller. To me, he’s something different than the usual Hollywood pretty boys. Personality-wise, he’s different too – very fratty, very bro-y, cocky, arrogant, etc. Maybe he secretly has an artist’s soul, but he spent most of his 20s being a d–k in interviews, you know? Well, 2020 was supposed to be another breakout year for Miles, because Top Gun: Maverick was supposed to hit theaters. It got pushed back to summer 2021, but there are still all of these interviews floating around. That is how Men’s Health came to publish this piece, which was basically done over the course of a year, pre-pandemic and pandemic-intensive. You can read the full piece here. Some highlights:

He’s still thinking about the time Esquire called him a d–k: “It was frustrating because my parents always told me the one thing you take to the grave is your reputation,” says the actor, who insists his attempts at humor were badly misinterpreted. There was also a 2017 arrest for public intoxication. (He was released after four hours.) He says that drama is all behind him.

He married Keleigh Sperry in 2019: He proposed in 2017 on a safari in South Africa, leaving a rose and a note in a tree out on the savanna. “She thought at first it was a marker where someone got killed or something. Then she read the note.” It had the day they started dating and that day’s date on it. “I said, ‘That was the first day I asked you to be my girlfriend, and today is the last day.’ ” Afterward he dropped to his knees and popped the question. “I found my person. I feel really lucky.”

He wasn’t sure if he should sign on for Top Gun: “I don’t want this to come out the wrong way, but there was a part of me that didn’t know if I wanted to be a part of something that could bring that much attention and success to me. Everybody views success differently. For me, it didn’t necessarily mean being a part of the biggest movie.”

Why he likes playing military men: Teller comes from a family of soldiers. His grandfather was a Marine, and his uncle served in Vietnam. “He got MS toward the end of his life and he thought it was penance for what he did over there,” says Teller quietly about his uncle. Many of his boyhood friends have served, and one is deployed overseas. Based on his conversations with them and his experience filming Thank You for Your Service, Teller believes America is squandering some of what binds us all together. “You wanna give a voice to these guys. In the wars that we fight now, our military comes from very specific parts of the country and socioeconomic classes. We’re losing that connection between civilians and military and our veterans.”

Being a top pilot is more about being an aeronautical nerd genius these days: “There is none of that alpha bravado. Flying these jets is so hard. The difference between a squadron pilot and a Top Gun pilot is how well they understand the plane.”

He wants to be a specialized actor: “…I just think a lot of actors and styles of acting are getting very homogenized. It’s hard to stick out…. It was instilled in me at a young age by my mom just to be comfortable in your own skin, and don’t compare yourself to other people. And honestly, who gives a sh-t what other people think about you?”

Married life in lockdown: “We just hang out. She keeps me calm. It’s pretty great.” To pass the pandemic time, Teller and his wife did their Mike and Carol Brady thing, cooking steak and pasta and steering clear of the chaos that filled American cities this past summer. They did some home-improvement projects that would permanently remind them of the year the world stood still. “Keleigh and I both worked on our backyard and did some landscaping. We planted a lemon tree, hydrangeas, and a rose garden.” He gives a little laugh. “Since we were staring at our backyard a whole lot more than usual, we wanted to add color. I’m with her now from when I wake up to the moment I go to bed. We have a lot of friends whose relationships got put under a magnifying glass during these times, but we are really great. Once you get married and you make that ultimate commitment, life is just a lot less stressful. You just know that person is always going to be there.”

He’s not worried about being forgotten: “I’m not one of those people who worry about if people don’t see me every six months. I don’t feel like my career is dying. It’s going to happen when it happens and that’s fine.”

Regarding that last part… it’s sort of true, it feels like we haven’t talked about Miles in years, although really it just feels that way because 2020 lasted forever. I always really like it when an actor or performer has the self-possession to “go away” and really go dark for a year or more and not worry about being forgotten. It’s good to take a break from celebrities. As for his married life… I didn’t think he would settle down so quickly, honestly. He seemed like the kind of bro who would date a string of underwear models and then settle down in his 40s. He’s also right about the loss on connection between civilians and soldiers/veterans.

17 Responses to “Miles Teller: ‘I just think a lot of actors are getting very homogenized’”