Why weren’t there mass arrests of the terrorists who rioted into the Capitol? 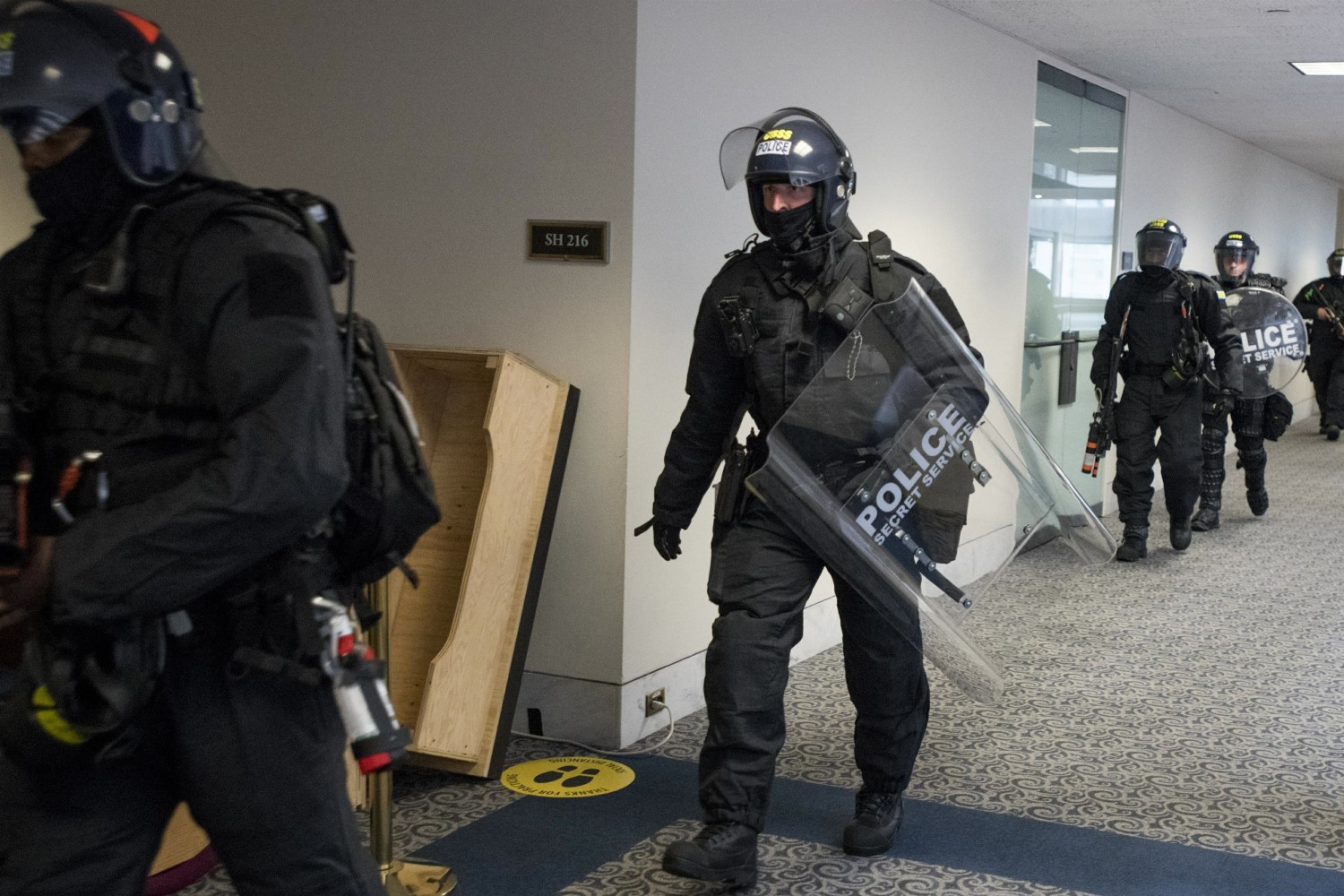 At one point during the terrorist siege of the Capitol, Rachel Maddow came on air on MSNBC and she made me feel a little bit better. Maddow described what needed to happen immediately, as MAGA terrorists were still in command of the Capitol, and what she described sounded good: mass arrests of the terrorists, and swift and complete prosecution of these sh-tbirds for all of the crimes they committed and were (at the time) actively committing. Easier said than done, I suppose.

All total, just over 50 people were arrested in or around the Capitol yesterday and most of them were arrested on DC curfew violations. The idea of mass arrests seemed to be a pipe dream, as Capitol Police completely abdicated their duty over the course of about five hours on Wednesday and more than a thousand terrorists were given free rein of the Capitol. While some congressmen thanked the Capitol Police for trying to keep people safe, the overwhelming majority of congressmen, Capitol staffers, journalists and witnesses to the siege were horrified and disgusted by the lack of police action and the lack of arrests in the moment. I heard one security expert say that police weren’t trying to arrest terrorists one by one because of what amounted to the bureaucracy of it all. Which has literally never stopped police forces around the country from conducting mass arrests of peaceful protestors.

There are already calls for investigations into how security was so lax in and around the Capitol, and one House Democrat is calling for mass firings:

The top House appropriator charged with funding the Capitol Police vowed Wednesday to investigate the law enforcement response to the violent mob that overtook the Capitol building and alluded to firings to come among the force. Rep. Tim Ryan (D-Ohio) told reporters after the rioting had subsided that “there were some strategic mistakes from the very beginning.”

“I think it’s pretty clear that there’s going to be a number of people who are going to be without employment very, very soon,” Ryan said, “because this is an embarrassment — both on behalf of the mob and the president, and the insurrection and the attempted coup, but also the lack of professional planning and dealing with what we knew was going to occur. You can bet your ass that we’re going to get to the bottom of it,” the Ohio Democrat said.

With control of both chambers and the White House, Democrats could mandate changes among the Capitol Police force through annual spending bills. House Democrats have previously sought to tie police reform to federal funding, in addition to pursuing reports on Capitol Police training policies and procedures to eliminate unconscious bias and racial profiling.

Rep. Rosa DeLauro (D-Conn.), the new chair of the House Appropriations Committee, said the breach of the Capitol “was a coup attempt instigated by President Trump” and that “everyone who has aided and abetted him for the past four years bears responsibility for today’s violence.”

Lawmakers are questioning how rioters were so easily able to breach the building at the heart of the U.S. government, storming the Senate floor and leaving lawmakers, reporters and staff taking cover in the House chamber as the rioters tried to break down the doors. The pandemonium led to the death of one woman and resulted in about a dozen arrests.

Ryan noted video footage that went viral of Capitol Police officers allowing rioters past fencing in order to access the building. “I have no idea why that would be permissible,” he said. “That’s unacceptable. … We’ll be looking at all of that.”

The police response to the pro-Trump protesters was milder than the law enforcement tactics employed when officers used tear gas and rubber bullets in response to Black Lives Matter protesters over the summer.

Yep, all of that. These terrorists had guns, bombs and Molotov cocktails. They destroyed property, stole from congressional offices, and many congresspeople were scared they were going to die at the hands of a white supremacist mob incited by Donald Trump. The police did next to nothing for hours. I’m quite certain that various pro-Trump elements in many police forces have told their men to stand down when confronting armed white supremacist terrorists.

The FBI is setting up a website to collect evidence & tips about the violent rioting at the US Capitol today. FBI urges anyone who witnessed unlawful violent actions to submit tips at https://t.co/nN0ao9O6ib. Agents looking for videos or photos to help identify federal crimes.

104 Responses to “Why weren’t there mass arrests of the terrorists who rioted into the Capitol?”