Once it was clear that the Duke and Duchess of Sussex were moving out of the UK permanently, I wondered if they would still try to keep up with their British patronages. Obviously, Prince Harry was pushed out of his military roles, so I wondered if Buckingham Palace would begin to exert pressure on the National Theatre, SmartWorks or Mayhew to drop Meghan as their patron. Thus far, that has not happened. In the case of SmartWorks and Mayhew, I think they’re completely happy to keep Meghan on as their patron, and she’s already given them so much exposure and additional funding through her clever fundraising tactics. Just before Christmas, the Sussexes gave their “painted” Christmas card to Mayhew to post and publish too. And now Meghan has authorized Mayhew’s CEO to sort of speak on her behalf.

The Duchess of Sussex might be settled in her new life in Santa Barbara, but she still regularly checks in with her royal patronages, including animal charity Mayhew. Meghan, 39, has long been an advocate for the welfare of animals and owns two rescue dogs, a beagle named Guy and a black labrador called Pula.

Mayhew’s CEO Caroline Yates tells HELLO!: “Whenever we talk to the Duchess about the charity, she always references how important her dogs are and what a support they are, particularly during everything that’s happened this year, with COVID, and with the personal trials and tribulations she went through this year. It was really nice to share our experiences with her about how important animals are when things are tough and what a comfort they can be. That’s what Mayhew is all about, that’s what we want to try and encourage, we want to try to promote the human-animal bond and what a great source of comfort and stimulation, and joy pet ownership can be.”

The animal charity was given the honour of sharing Prince Harry and Meghan’s stunning Christmas card photo in December 2020 on their social media channels, which featured an artistic rendering of the couple with their son Archie and their pet dogs, Guy and Pula, as they played in the garden of their Montecito home. Caroline reveals charity was “really thrilled” to be chosen to share the Sussexes’ 2020 Christmas card.

“We had no idea what it would look like before we got the photo, and when we saw it, we thought, ‘Oh wow!’ It’s very family-oriented, it was really lovely,” she tells HELLO!.

The Duchess became patron of the Mayhew in January 2019, announcing it as one of her four royal patronages, alongside Smart Works, The National Theatre and The Association of Commonwealth Universities. Caroline says the patronage was a “total surprise” for the charity after Meghan carried out private visits to their animal home in Kensal Green, North London at the end of 2018. She tells HELLO!: “It just came across that the Duchess wanted to be involved with some real grassroot organisations. I think what struck her about Mayhew is our work with communities. We work with marginalised groups in society, we work with the homeless, we work with elderly people who are struggling to look after their pets and their home and we work with a lot of people who have mental health conditions that need support and guidance, but get so much from their pets, so we try and ensure that they stay together, but without compromising the welfare of the animal. I think that’s what she found attractive and interesting.”

While Mayhew’s event fundraising has been hit during the coronavirus pandemic and lockdown, the charity has found ways to adapt its services, including hosting a virtual Christmas carol concert with a host of celebrity supporters and taking its TheraPaws programme online. Caroline tells HELLO! that Meghan receives regular updates from Mayhew and is particularly interested in TheraPaws, an animal assisted intervention programme, which has been designed to promote physical, social and emotional wellbeing.

Meghan works with an animal welfare charity which provides access to therapy dogs to marginalized and stressed communities… good lord, that’s her wheelhouse, and I bet she loves those stories. Anyway, I love that Meghan quietly authorizes her patronages to speak about her and her involvement here and there. It’s not like Caroline Yates was spilling any scandalous tea – ooh, Meghan loves her dogs! Meghan has relied on her dogs’ company during the pandemic year! 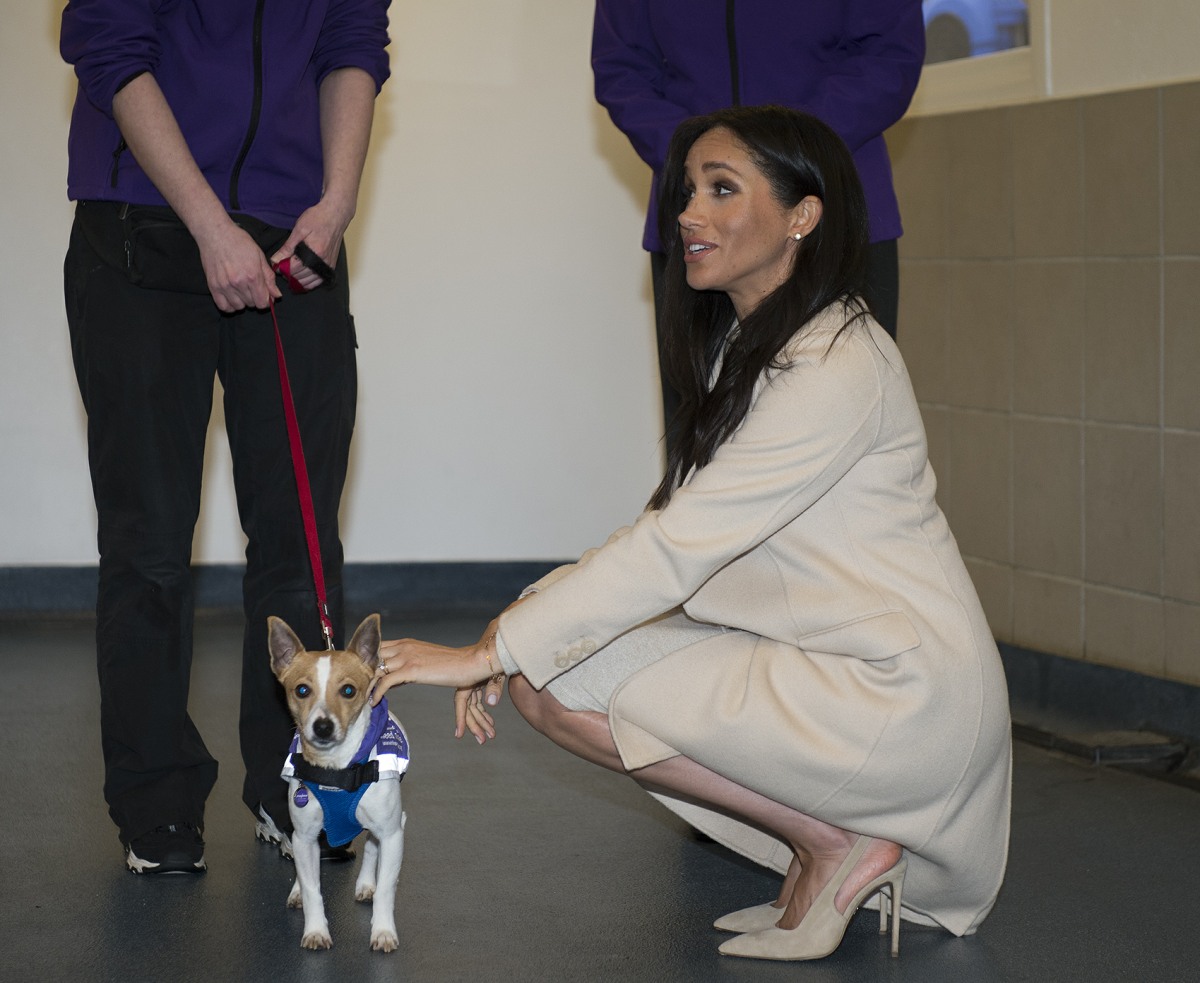 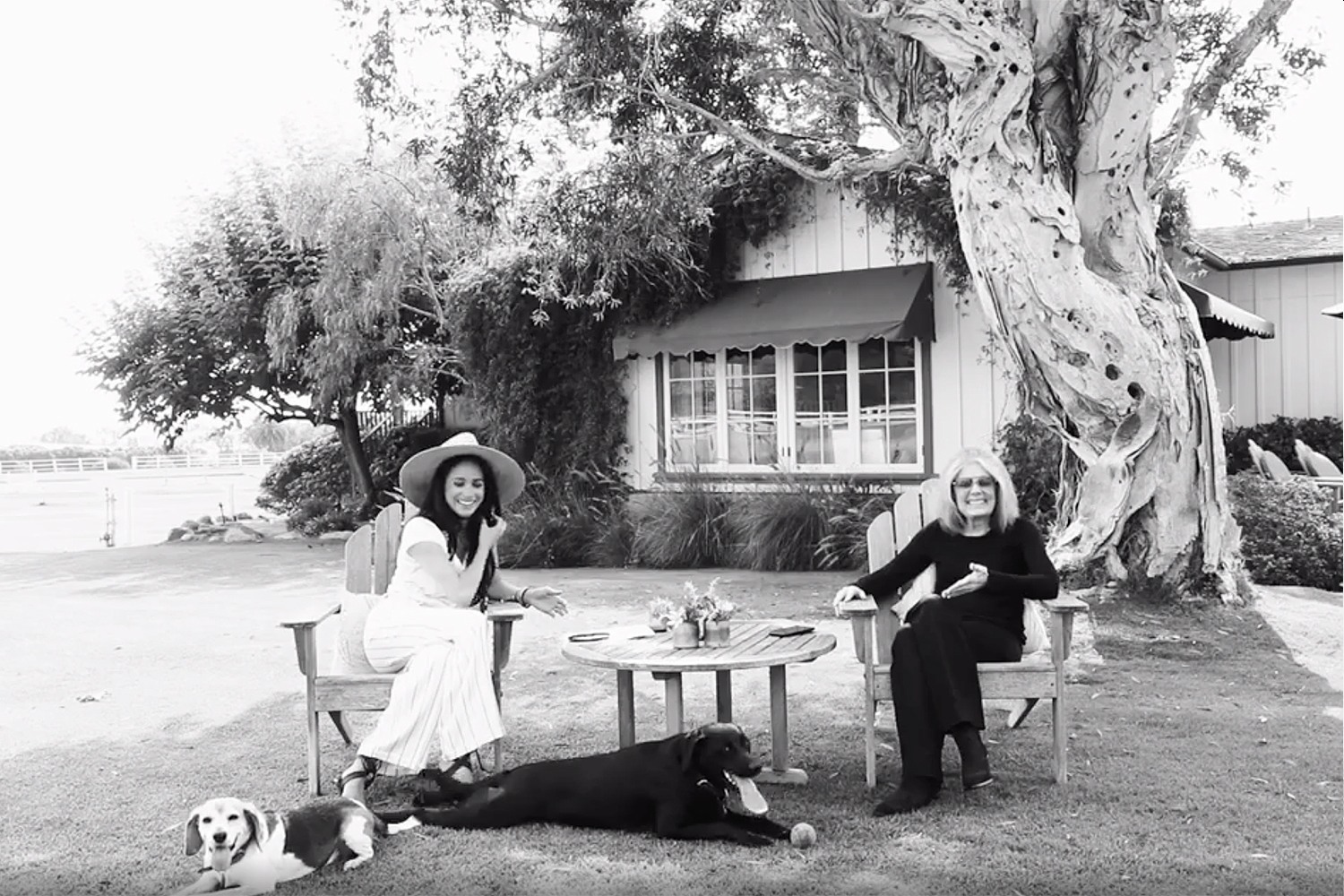