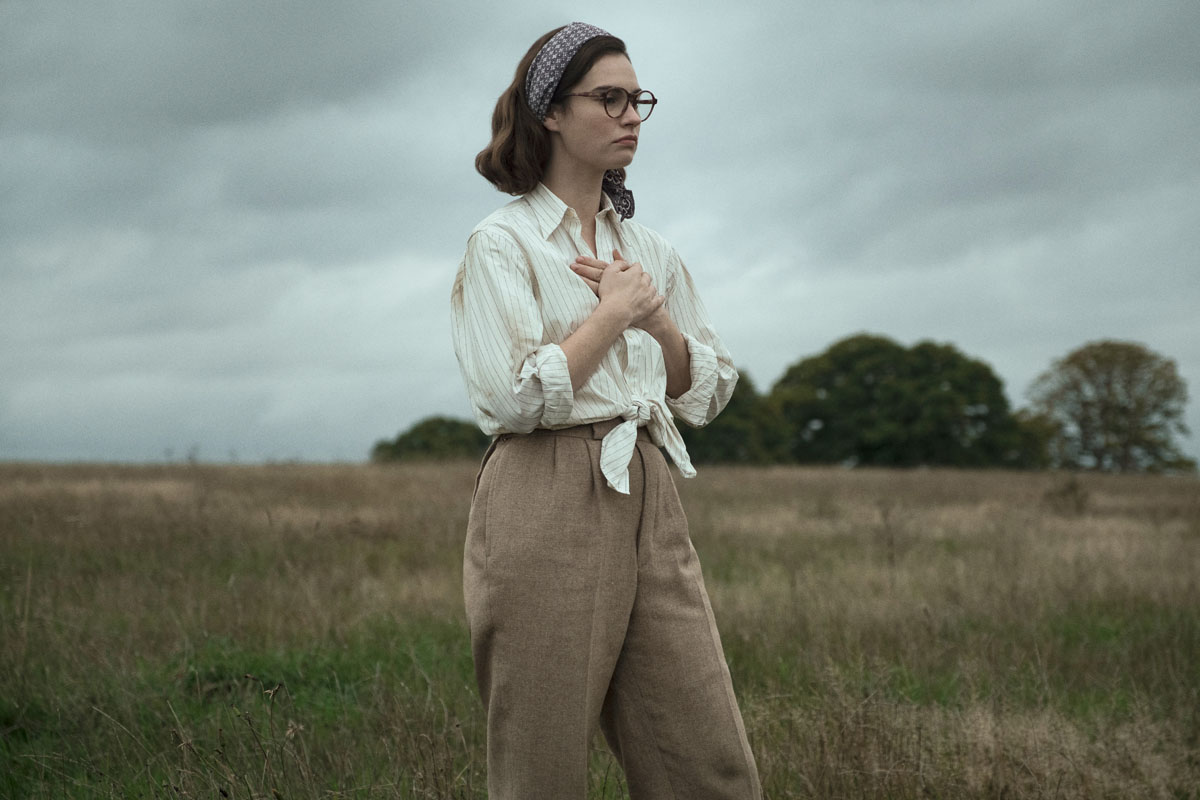 I haven’t seen Netflix’s The Dig yet, but I’m looking forward to it. It’s the true story of the massive historical find of an Anglo-Saxon ship buried at Sutton Hoo in England, which was dug out on the eve of World War II. It stars Carey Mulligan as the owner of the land, and she brings in archaeologists including Peggy Piggott and Basil Brown, played by Lily James and Ralph Fiennes. Peggy Piggott was a real archaeologist and a female pioneer in the field of archaeology. But The Dig apparently makes her seem like a bumbling sidekick and people are mad!

Netflix’s The Dig is getting slammed for its portrayal of archaeologist Peggy Piggott, calling the movie sexist. Archaeologist Rebecca Wragg Sykes blasted the film, telling The Times that the movie belittled the famous archaeologist by making her into “something of a sidekick to her older husband, Stuart.” The movie follows the story of one of Britain’s greatest finds: the unearthing of the Anglo-Saxon ship burial at Sutton Hoo.

Lily James plays the 27-year-old excavator alongside Ralph Fiennes and Carey Mulligan. As one scene shows, James as Piggott tells her boss she “hasn’t done much fieldwork” and then proceeds to clumsily crash her foot through the top of an Anglo-Saxon ship’s burial chamber. “On the whole she is presented as deferential, even bumbling, putting her foot through a hollow feature,” Wragg Sykes describes. Though, she claims that’s not who the famous woman was in real life. In fact, she says Piggott was highly experienced. The film is based on the historical fiction novel about the dig written by Piggott’s uncle John Preston. He claims that allegations that the young wife was “bumbling” are untrue. “She was 27 when she did the dig in real life so to suggest that she was a grizzled professional is pushing it a bit,” he says.

The Peggy character sounds like a messy and lazy characterization of someone who was probably quite badass for the time. Looking at the photos, the film really leaned into the dumbest tropes too – they hired a beautiful blonde actress, gave her a brunette wig and oversized glasses and then they made her clumsy and vapid. Voila! She’s a bumbling nerd who doesn’t know she’s hot and she’s desperate to be “taught,” all of which will placate the big strong men. Ugh. 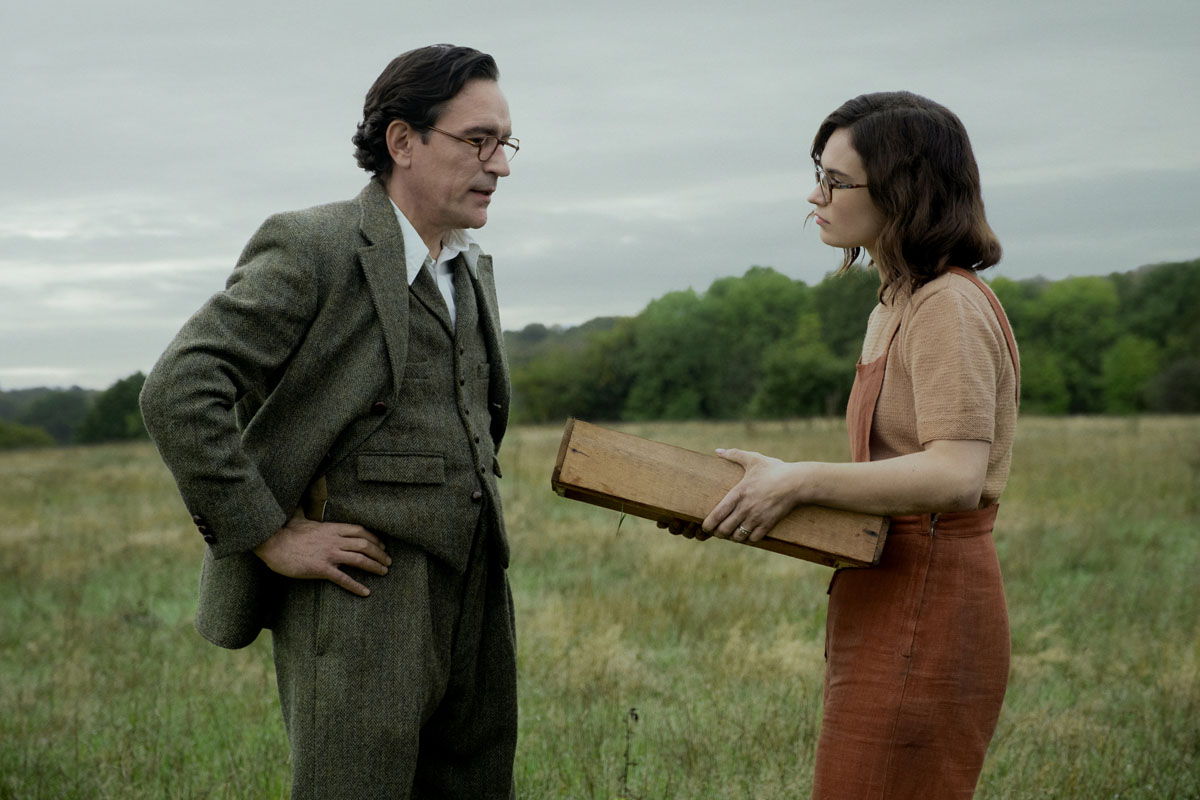 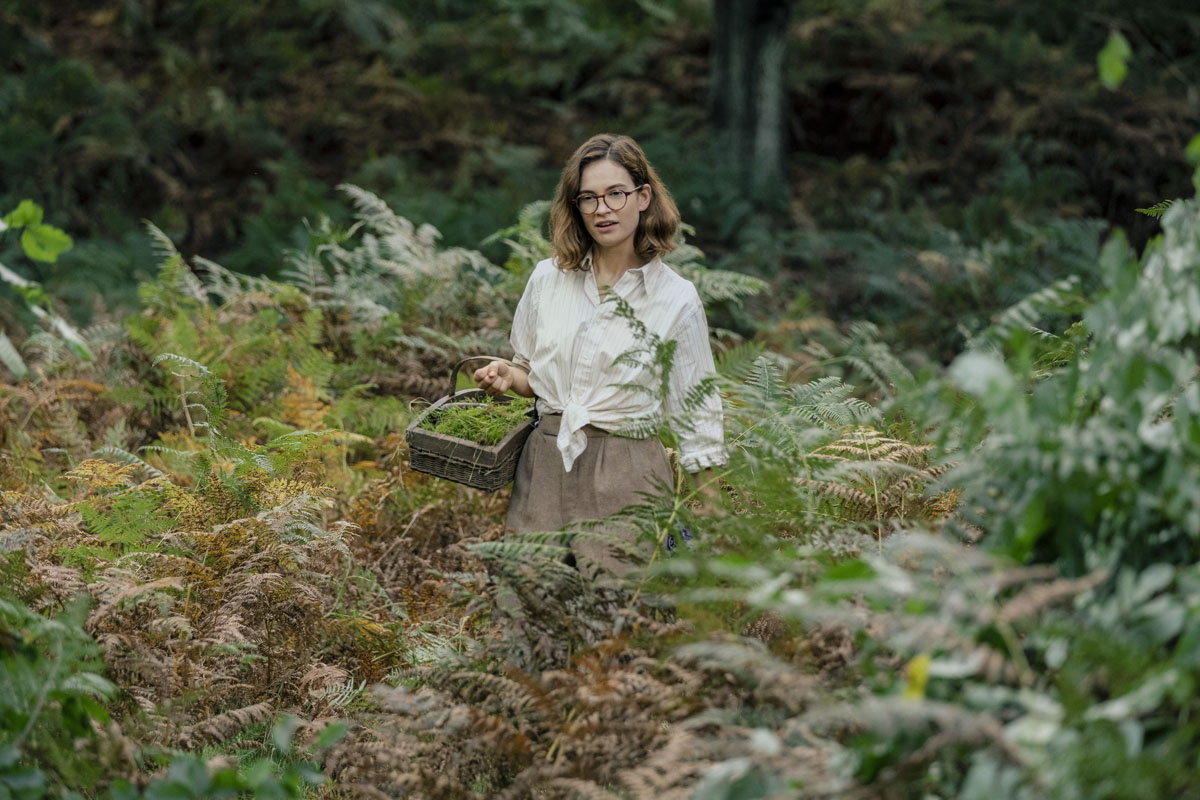