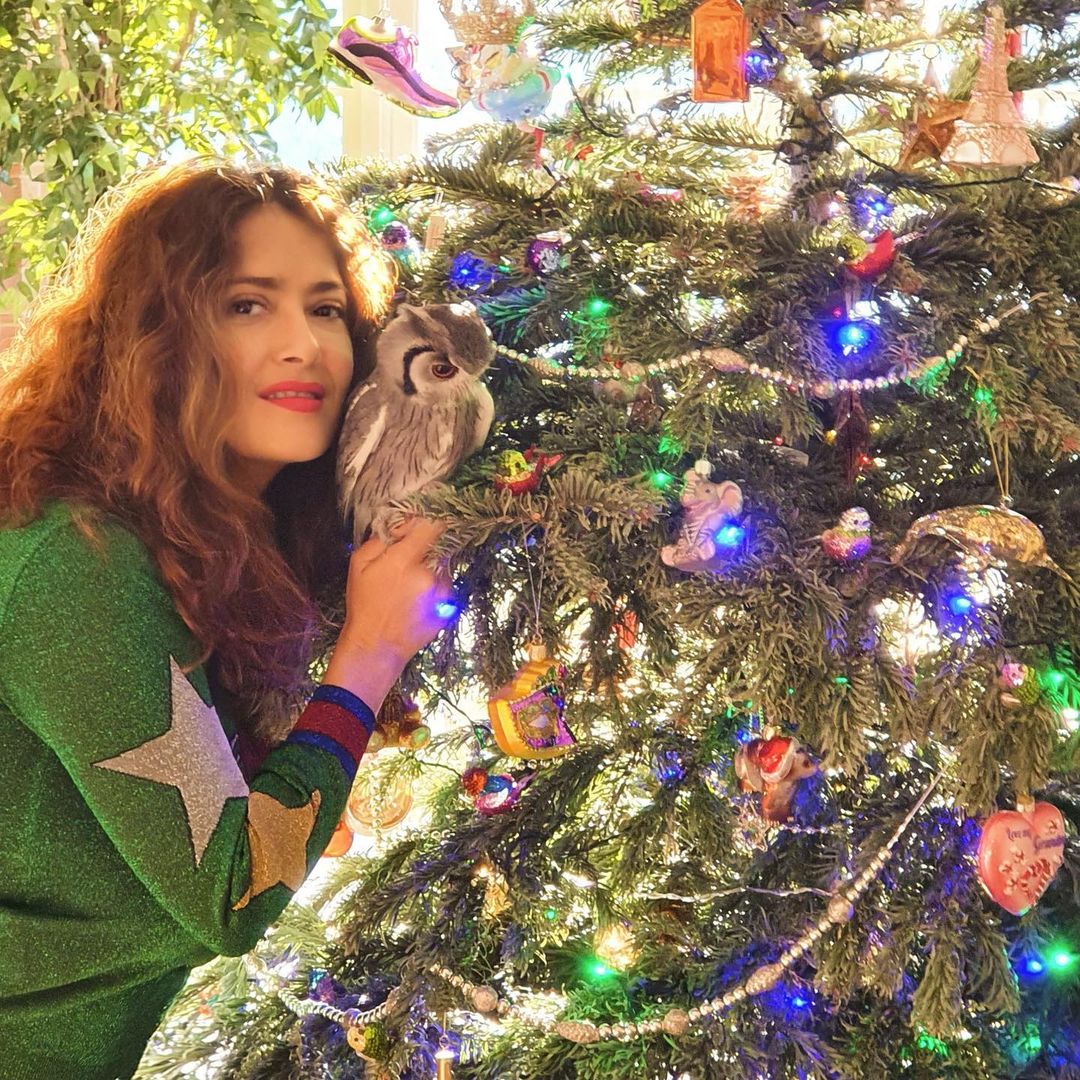 We don’t talk about Salma Hayek much and I haven’t thought about her in a while. The last time we covered her was when she was half defending Hilaria Baldwin. It makes sense that Salma would do that, celebrities cover for each other and try not to talk smack about each other or their spouses. Salma has been posting bikini selfies and she seems self absorbed, but that’s typical of celebrities. They’re surely missing the spotlight like the rest of us miss basic activities. Salma was on The Late Show promoting her new sci-fi movie with Owen Wilson, Bliss, now on Amazon. (It’s not getting good reviews at all.) Salma told Steven Colbert that she has a pet owl after thinking they were cute and wanting one or something. It’s unclear how she obtained said owl, but she made it sound like she looked it up online and applied to rescue one. She said it tries to drink a certain wine she likes and that it stays in her room at night. Since owls are nocturnal, she’ll feel the air move when it flies around. That sounds creepy as hell to me! If you follow Salma on Instagram you probably know about this owl. I follow her but barely pay attention to her posts so it was news to me.

“How many pets do you have?”
In London I have three, two dogs and one owl. [The owl is named] Kerring.

“Why do you have an owl?”
I became obsessed with the owls and dreaming about it. I said ‘can people have owls?’ It turns out in London you can, it’s legal. I said ‘are there any owls that need some rescue?’ I started doing some research and sure enough [you can].

The showed a photo of the owl with a dead mouse on Salma’s head
Sometimes they bring you gifts that you don’t necessarily know what to do with. She landed on my head [with a dead mouse]. I got her off [my head]. That’s where I draw the line. She does sleep in my room sometimes. I don’t sleep much, but sometimes when I sleep she flies around. I just feel the wind as she passes. Sometimes she lands on my leg, on my head. At the beginning it was scary, but now I’m used to it. She stays with me for a little bit and flies again so she’s free in the room.

On feeding the owl
You order [mice] and freeze them. They don’t drink any water. They don’t drink liquids, but there’s one kind of wine when we take it out, we have to cover the cups and she’ll dig in it. It’s not like she thinks it’s blood because the other red wine she doesn’t go for.

Her 13-year-old daughter is scared of the owl
She doesn’t like the owl. There’s a lot of people in the house who don’t like the owl. And also she’s very quiet and you don’t know she’s there and she just flies and everybody screams. I love it when they scream. Isn’t it fantastic to see the reaction of people, when they are afraid of something that isn’t going to harm them?

I googled “can you adopt an owl” and the answer is “no,” in the US, unless you’re specially trained and licensed to work with owls and are rehabilitating them. There are other exemptions like breeding and falconry, but the way that Salma explained it she decided owls were awesome and so she got one. Here’s a link to a video explaining why owls make bad pets. They’re destructive, they have a killing instinct, they keep you up at night, they can scratch and hurt you, they’re high maintenance and they’re messy. There’s so much you have to go through to feed them and their feathers and poop get all over everything. Salma is in London now. It is legal to have a wild owl as a pet in the UK so she’s not violating any laws. She probably has other people cleaning up after the owl and doing the grunt work. Yes owls are adorable in photos, but I wouldn’t let a damn predatory bird in my house and I especially wouldn’t let it in my bedroom at night! It’s completely reasonable to be afraid of owls. 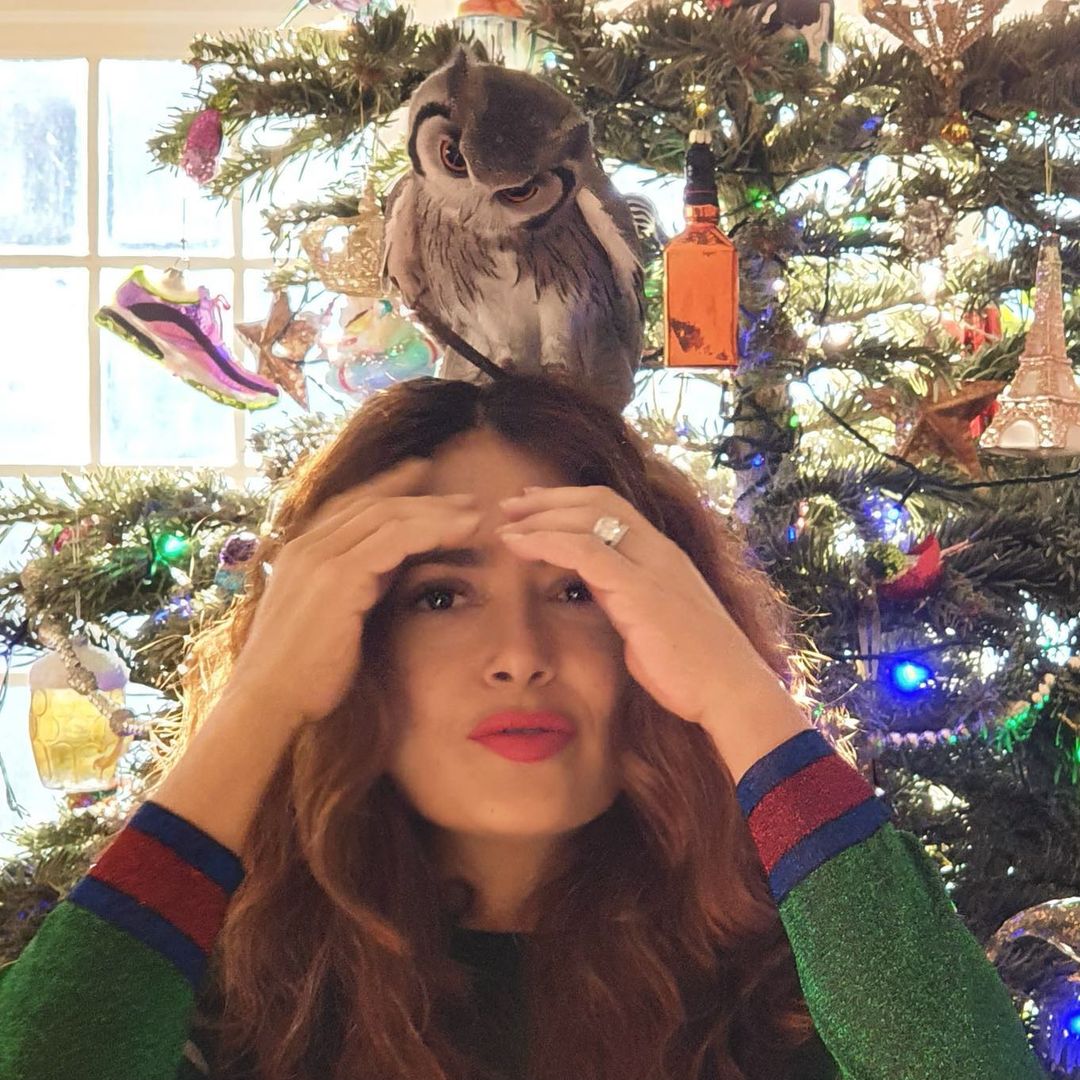 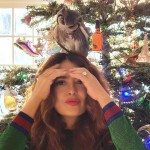 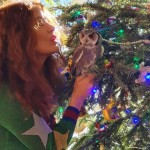 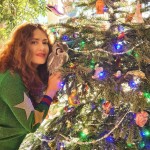 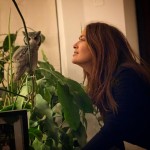