Soleil Moon Frye: ‘pre social media we were able to live our lives, just be ourselves’


Embed from Getty Images
Soleil Moon Frye is 44, which makes me feel old because I’m older than her. I never really got into Punky Brewster as a kid though. It had four seasons, from 1984 to 1988, and I think I was watching Diff’rent Strokes and Who’s The Boss back then. Punky annoyed me, I’ll be honest. Soleil is doing well though, she avoided a lot of the pitfalls of kid actors. She’s now a separated mom of four, she has two teenage daughters and two sons, aged six and almost four, with her husband of 22 years producer Jason Goldberg. Soleil filed for divorce in December.

Soleil has a new documentary based on her life called Kid 90 that premieres March 12th Hulu. It uses hundreds of hours of footage she shot on VHS at the time. She was on Jimmy Kimmel live promoting it, and her interview really made me want to see that. She seemed really open and vulnerable when she talked about how meaningful it was to her to look back at her childhood by viewing those tapes and editing them into the documentary. Here’s some of what she told Jimmy and the video is below.

Watching the footage again after all this time
I turned 40 and I was wondering if my life had happened how I thought it happened. I had lost some people that were very close to me. I don’t think I wanted to deal with the pain. In unlocking Pandora’s box [and watching the footage] I discovered true self love and self awareness in a way that I’ve never understood.

She was friends with so many other child actors of the 80s
It’s so wonderful because we had such a joyful innocence. There was a group of us that were truly authentic friends.

This was pre social media we were able to live our lives and just be ourselves. I really loved people. I didn’t realize how loved back I was by those people.

On how she made the documentary
When I started the documentary I didn’t want it to be about me. I tried to make it about everybody but me. It was going to be about the death of privacy but it ended up becoming like the death of my own privacy. I cut a full found footage version. I had never watched all the tapes. I had to sit with the hundreds of hours of tapes and just live through the joy and also the heartbreak that had happened and the people that are no longer with us.

I felt like I was coming of age again to be able to share it with [my daughters].

On the Punky Brewster reboot
I’m still Punky and it’s like Punky and are rediscovering our Punky power. There’s a little girl, Izzy, who reminds Punky of herself. It’s really about coming of age again. Freddie Prinze Jr. plays my ex husband.

The Punky Brewster reboot is coming sooner than this documentary, that’s out on Peacock tomorrow. The trailer makes it look really dumb. Even though Peacock is included in my cable subscription this isn’t something I would watch. I will definitely watch Kid 90 on Hulu though! Jimmy sold it too because he loves 80s nostalgia and seemed like he enjoyed it a lot.

Seeing the trailer for this, below, makes me wish I had video from that time in my life. It also made me feel so many things about growing up then. Jimmy said that Brian Austin Green particularly came off well in this. I agree with Soleil that it was different growing in the 80s because we didn’t have social media. We also didn’t have these type of amazing taped memories from that time for the most part. Kids growing up now and in the early 2000s will have more video and photos from their childhood and those are precious.

Here’s the trailer for Kid 90!

She shared this photo with Will Smith and Mark Wahlberg! 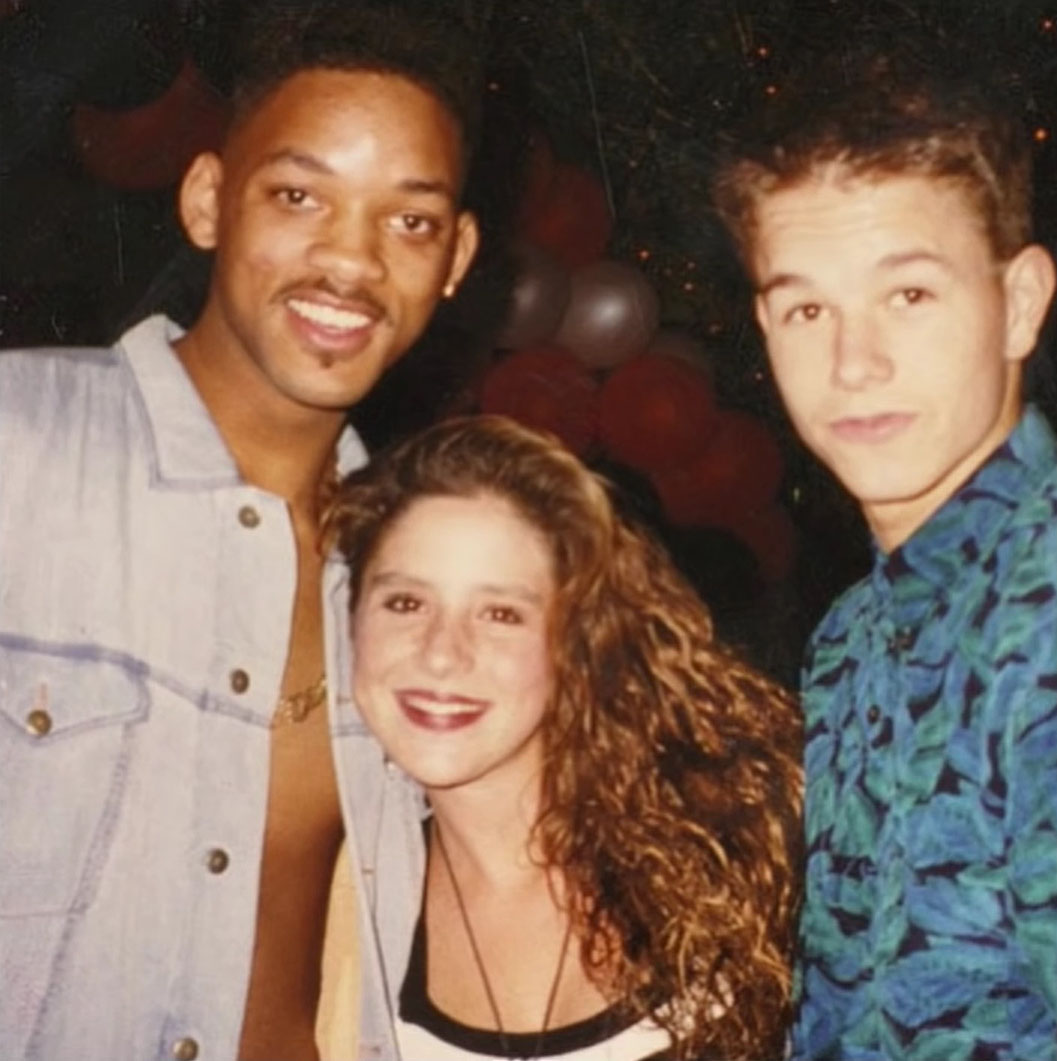 17 Responses to “Soleil Moon Frye: ‘pre social media we were able to live our lives, just be ourselves’”