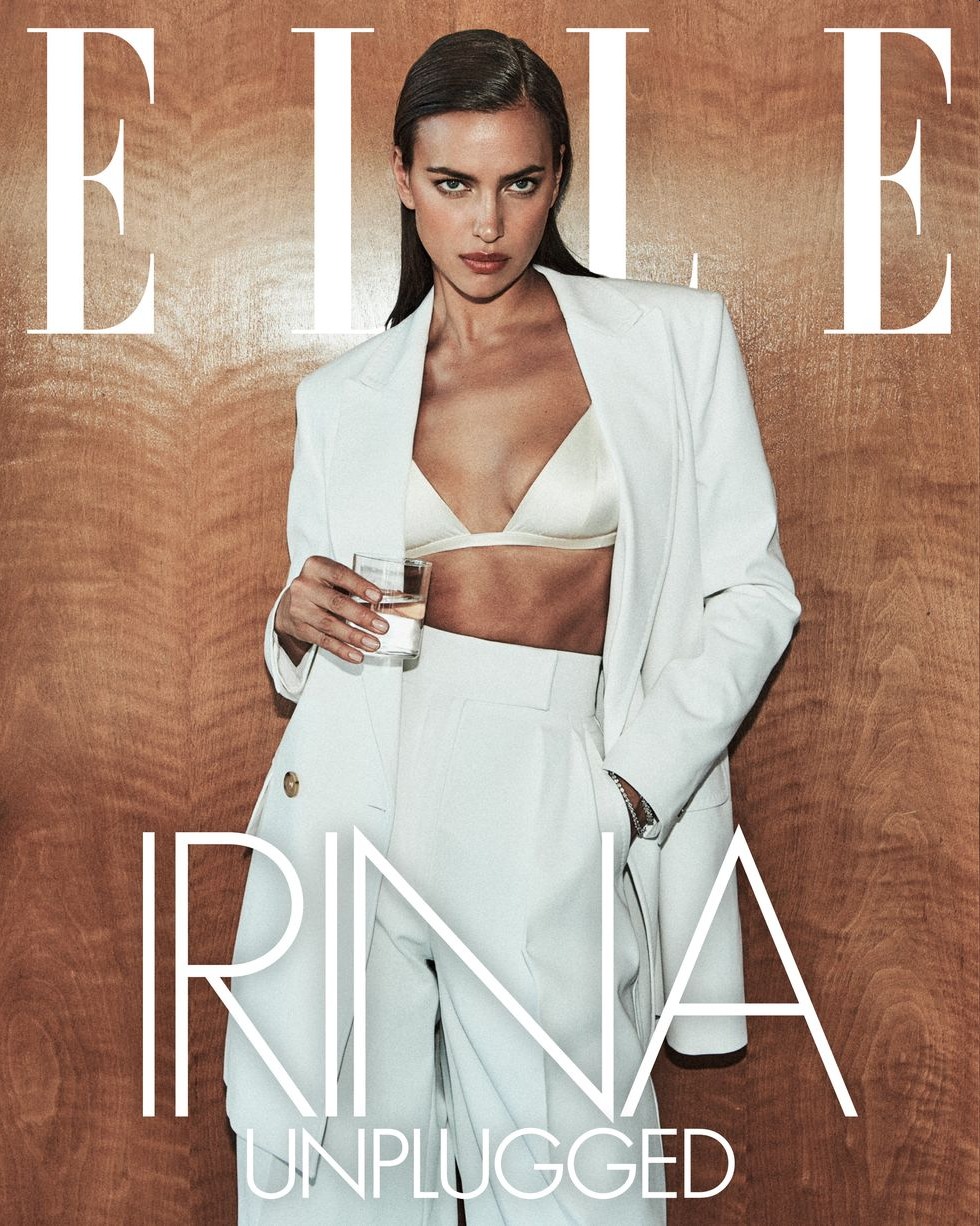 Several years ago, I became an Irina Shayk stan. Back then, she was doing a series of interviews to promote her various beauty and fashion contracts, and I just got into her Russian rhythm and I’ve loved her ever since. She’s really funny and she has that “Russian stoicism” thing going on too, but it often comes across as just very blunt and matter-of-fact. I enjoy her and her energy. Irina lives full-time in New York now, and she co-parents with her ex, Bradley Cooper. She posed for the latest issue of Elle and chatted about her life and how she’s spent the pandemic year and a lot more. Some highlights:

She’s been working at a food bank in NYC: “I remember having no food at home… Sometimes there was no salary, or my mom and dad’s salary was delayed.” Shayk hasn’t forgotten that feeling, and early in the pandemic, as food insecurity mounted in this country, she began working regular shifts at a Manhattan food bank. When she first saw the line wrapping around the block, she was shocked, she says, estimating that it was 1,000 people strong. She’s since brought fellow model Joan Smalls along. Appropriately enough, “they put us in the fashion section to give clothing away. We made a great day out of it.”

Growing up in Russia, being raised by a grandmother: She “learned how to survive, without a man,” she says. Her tough upbringing also prepared her for the rejection buffet that is modeling, complete with agents who told her, “‘You have to lose weight.’ I always said no, because I know who I am.”

They said she was too sexy to be a high-fashion model: “They put a label on you: ‘She’s Sports Illustrated, she’s too sexy.’ I heard so many times in my life, ‘She’s never going to work with Steven Meisel. She’s not a Burberry girl,’” recalls Shayk, who went on to shoot with Meisel and appear in campaigns for Burberry. “I won’t lie—it was hard to climb the hill and show people that you can be both.” Now, at 35, she is “doing some jobs that I never did when I was 20. Maybe it’s because of who I’ve become. I feel more comfortable in my own skin: I love my body. I love to eat. I appreciate food; I appreciate life. I really think that’s what fashion is looking for now.”

She’s normal when she’s not working: “I’m not a fashion person. I’m a regular girl who is home watching Netflix.”

She obsessively organized during quarantine: “I think because we cannot control things that are going on in the world, I’m trying to control what’s going on in my house!”

Coparenting: She is mom to Lea, with her ex Bradley Cooper, whom she calls “the most amazing dad….I never understood the term co-parenting. When I’m with my daughter, I’m 100 percent a mother, and when she’s with her dad, he’s 100 percent her dad. Co-parenting is parenting.”

She’s not going to talk much about her exes though: “My past relationship, it’s something that belongs to me, and it’s private. It’s just a piece of my inner self that I don’t want to give away.” In the meantime, she’s tuning out of her own news cycle. “I don’t read what is out there. Honestly, I’m too busy raising a child. If they want to write articles [about me], they’re doing their job. I’m concentrating on my life and my friends. The rest is just noise.”

“If they want to write articles [about me], they’re doing their job.” What a healthy attitude, honestly. I mean, it doesn’t hurt that people are not obsessively gossiping about her right now, but she’s been in some weird gossip cycles in the past, and she deals with it the same way – a shrug and silence. I’ve never tried ice cubes on my face but… I guess? I mean, maybe you have to be Russian. As for the other stuff… maybe it’s just because I know her so well (lol) but I honestly believe that she sits at home, watching Netflix and eating steak. 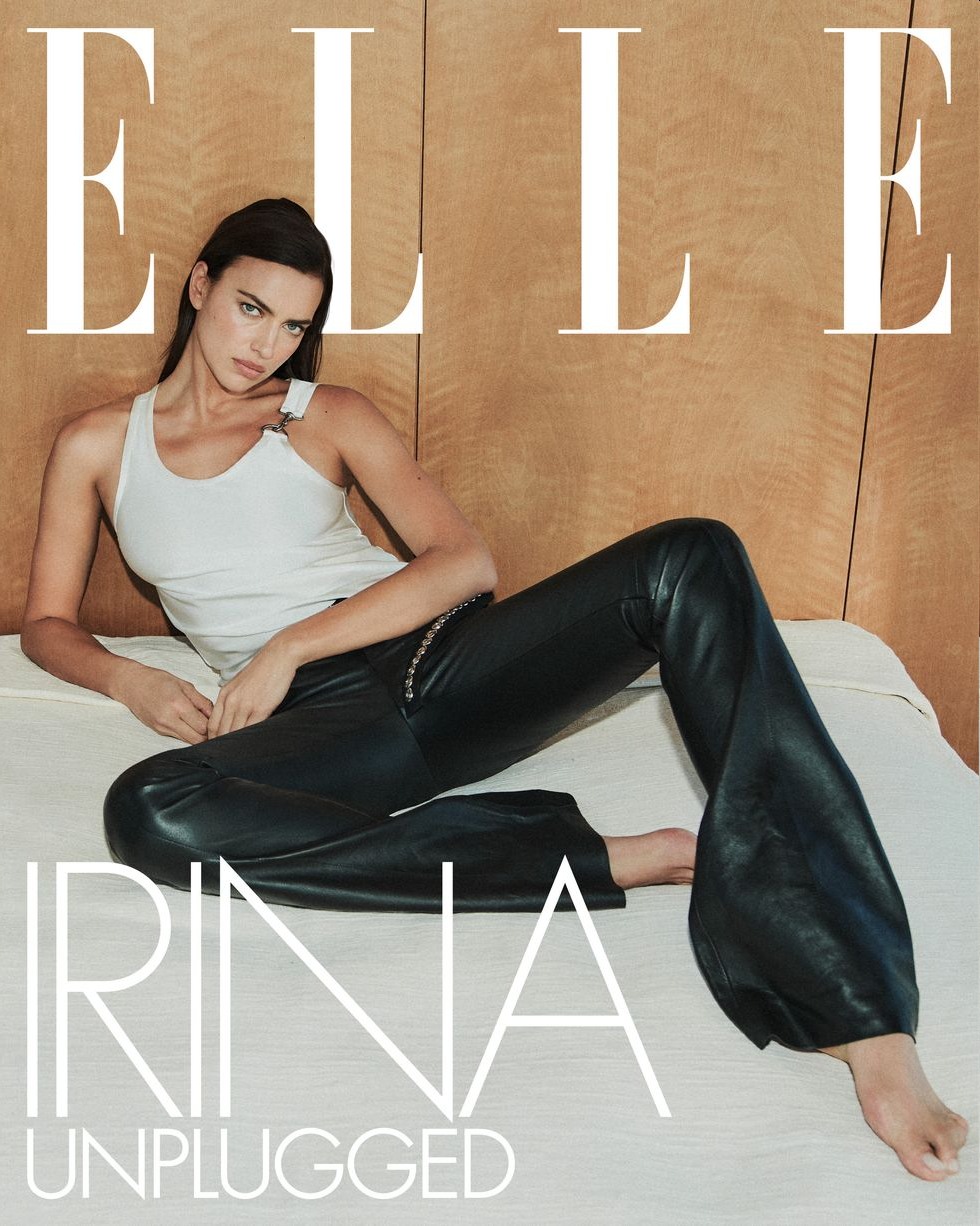