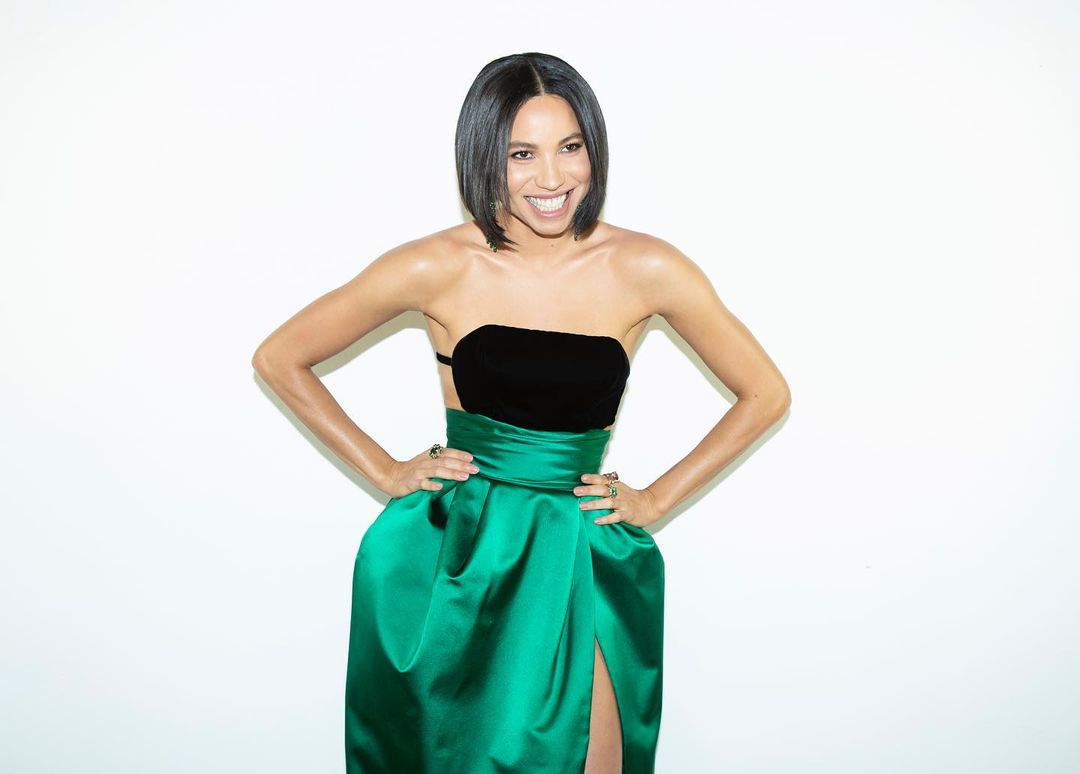 The NAACP Image Awards were held Saturday night in LA and virtually, hosted by Anthony Anderson. The awards were announced from historic Black locations like the Apollo Theater and Morehouse College. President Biden and Vice President Kamala Harris opened the show! Highlights included Rege-Jean Page winning best actor, Viola Davis winning twice, and Michelle Obama and Stacey Abram’s speeches. Stacey was given the Social Impact Award. Billboard has more highlights here and here’s a full list of nominees and winners. Beyonce took home the most awards, four, although she didn’t appear virtually, and Chadwick Boseman won best supporting actor for Ma Rainey’s Black Bottom. His widow accepted for him, which I’m assuming she will do at the Oscars too. She is always so wonderful at these awards and my heart goes out to her.

I’m going to focus on the fashion in this post. I’m surely going to miss some people because I’m relying on whether they put photos on Instagram. A lot of celebrities let their stylists post for them and it’s harder to find those.

Janelle Monae was working this Christian Siriano black and white cutout gown. Perfection. Janelle was nominated for actress in a motion picture, for Antebellum, which went to Viola Davis.

Jurnee Smollett looked amazing in green and black Alexandre Vauthier. I love that half bust with the high skirt. This is so contemporary and gorgeous. Jurnee was up for actress in a drama series, which also went to Viola Davis. I can’t wait for season two of Lovecraft Country!

Issa Rae wore a white mock turtleneck Prada gown with cutout shoulders and lines of silver sequins that look like wings. Amazing. She won best actress in a comedy series, for Insecure. In her acceptance speech she thanked Tracee Ellis Ross for losing for once! I appreciate how her office wall is covered in post it notes.

Marsai Martin was in a black Christian Siriano mini dress. Look at those feathers! She won supporting actress in a tv series and outstanding performance by a youth.

Tracee Ellis Ross was in all black Schiaparelli with a giant peplum. Check out her shoes and that wild dove hat!

Yara Shahidi was gorgeous and comfy in fancy Dior pajamas. I want those for my everyday work from home outfit.

Regina King wore Oscar de La Renta. She has been killing it this awards season. This is the kind of dress that doesn’t need a red carpet because it so obviously belongs on one.

Viola Davis was in Duro Olowu. This is so bright and pretty. I love her.

Cynthia Erivo was in a Lanvin gown with a layered pink skirt and a silver cage bodice. She just went to the last Blockbuster in Bend, Oregon with Lena Waithe.

Madalen Mills from Jingle Jangle was in a scarlet tulle New York Dress with rose embellishments. She is so cute! She won outstanding breakthrough performance.

Simone Missick was in a glittering gold sequin Alex Perry fishtail gown. She and her husband walked to the end of the sidewalk in front of her house!

Dominique Fishback impressed me so much in Project Power. I wish we had a better shot and a designer ID on her gown.

If you haven’t seen P-Valley on Starz you are missing one of the best shows ever. I cannot oversell how incredible this show is. This is Brandee Evans, she plays Mercedes, and Nicco Annan, he’s Uncle Clifford. They were both nominated in their respective categories. Watch this show you will not regret it (unless there are kids around, don’t watch it in front of your kids). Look how freaking regal they are. Brandee is in Albert Montris. Nicco’s suit is Santoni.