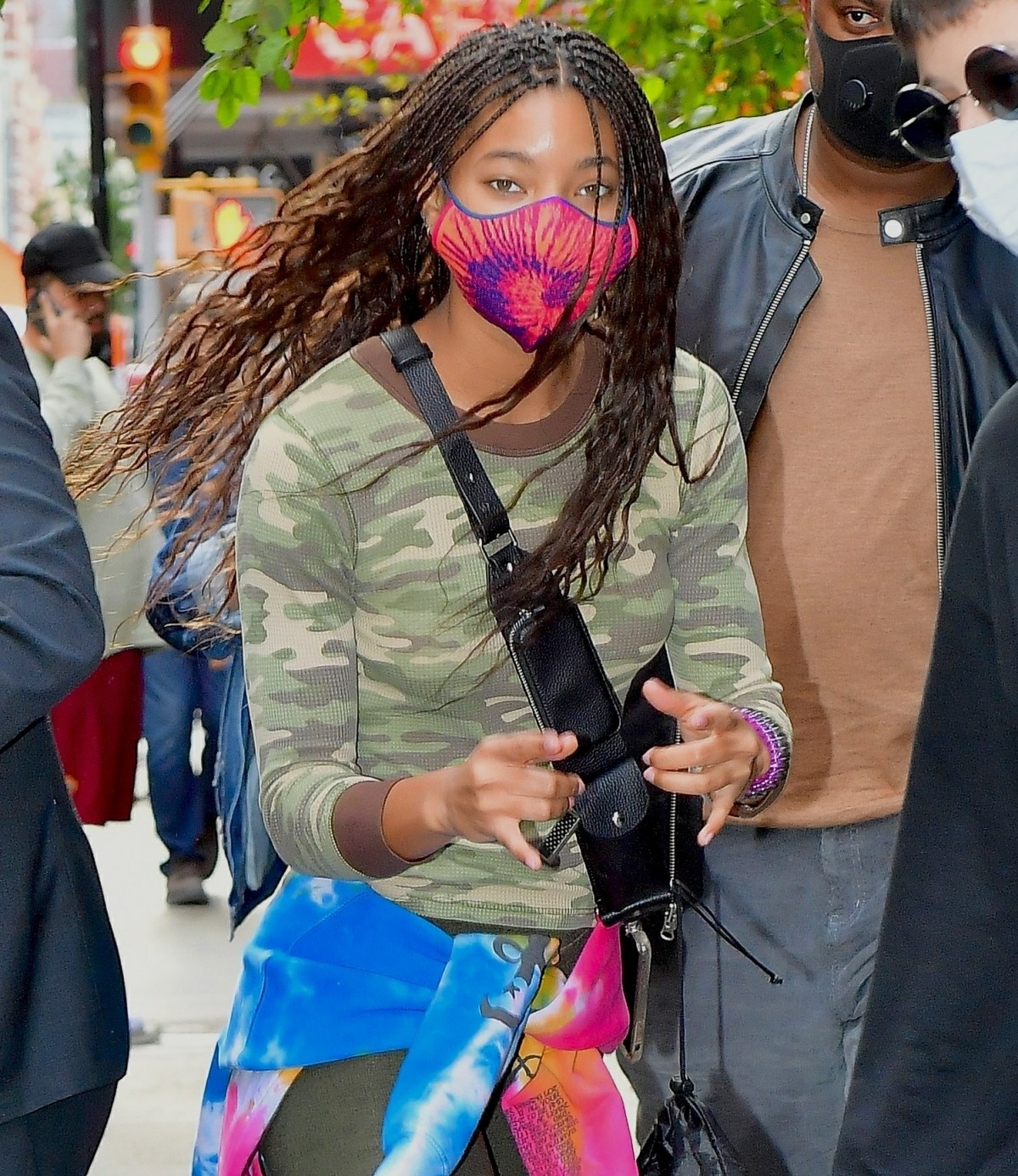 I still remember when Will Smith and Jada Pinkett Smith were trying to push their then-tween Willow Smith into being a pop star, an actress and a fashionista. They took stage-parenting to a new level, and Willow was the one to pull the plug. She reportedly told her parents something along the lines of “please let me be a kid.” Will and Jada raised Willow and Jaden in an unconventional way, and there’s enough evidence to suggest that they were raised in a sort-of “Scientology Lite” way. As Jaden and Willow made it through their teens – Willow is 20 years old now – they figured out ways to be in the spotlight on their own terms. I feel like Willow has been consistently more reticent about stardom, but here she is with new music and new interviews and a new energy.

This week, Willow released her new single “Transparent Soul,” a punk-pop collab with Travis Barker, who seems to be everywhere these days. The music and music-video vibe is actually quite mid- and late-’90s and I f–king love her styling these days.

As part of the promotion for the music (or perhaps it’s just her mom not having boundaries), Willow appeared on the latest episode of Red Table Talk, where she discussed being polyamorous.

Willow Smith is opening up about her sex life. In a PEOPLE exclusive clip of today’s Red Table Talk, the 20-year-old cohost revealed she was polyamorous during a discussion with her mother, Jada Pinkett Smith, and grandmother, Adrienne Banfield-Norris.

“Let’s say you haven’t always been the person wanting sex all the time, but your partner is,” says Willow in a clip of the Facebook Watch show. “Are you going to be the person to say, ‘Just because I don’t have these needs, you can’t have them either?’ That’s one of the reasons why I was interested in poly because I was introduced to it through kind of a nonsexual lens. In my friend group, I’m the only polyamorous person and I have the least sex out of all of my friends.”

This isn’t the first time Willow has expressed an interest about polyamorous relationships. In June 2019, the singer and actress revealed she loved “men and women equally” during a similar discussion about polyamorous relationships. “I would definitely want one man and one woman,” Willow said. “I feel like I could be polyfidelitous with those two people.”

She continued, “I’m not the kind of person that is constantly looking for new sexual experiences. I focus a lot on the emotional connection, and I feel like if I were to find two people of the different genders that I really connected with and we had a romantic and sexual connection, I don’t feel like I would feel the need to try to go find more.”

While Willow expressed her openness to exploring unconventional relationships, she did add, “If your intention is just to have sex all the time with whoever you want that doesn’t sit well with me. That’s not aligned with my purpose.”

You can read more about the discussion here, including the comments from Jada, who had an “entanglement,” etc. I mean, I like the fact that Willow and Jada are normalizing mother-daughter conversations about sex, sexuality, infidelity and more. I also feel like Willow is specifically working out some of her family’s drama and trying to figure out what labels and language make her comfortable. Or maybe I’m just not on Willow and Jaden’s higher plane of existence, who knows.