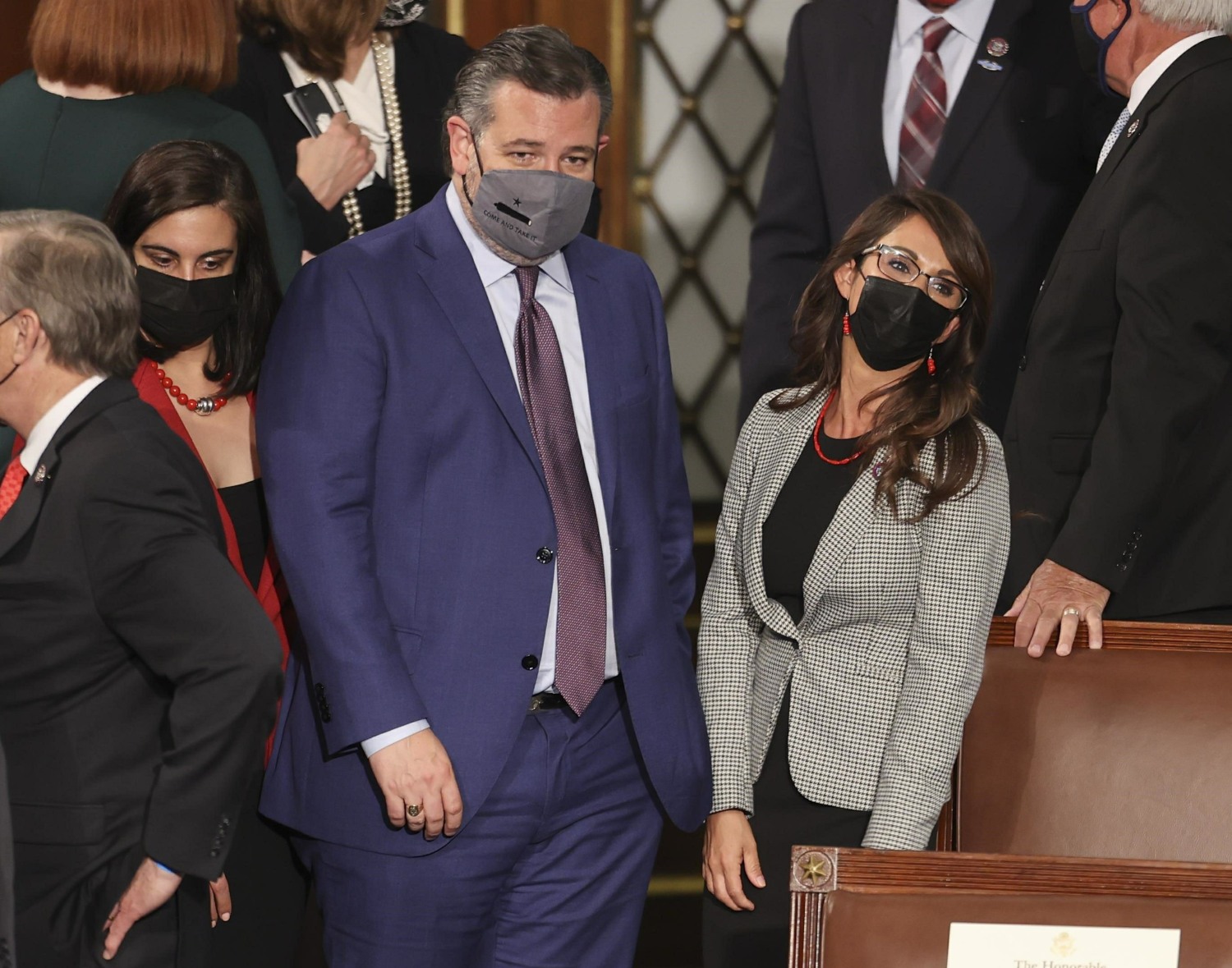 The Republican Party is a shell of its former self these days. Republicans are the party of treason, sedition, lies, hypocrisy, racism and juvenile insults. One of their “favorite” insults is referring to President Biden as “Sleepy Joe,” because something something Joe Biden is elderly. While Joe IS old, he’s still pretty f–king sharp, and he managed to stand at the podium for a joint session, deliver a speech and glad-hand afterwards, all without drifting off, yawning or closing his eyes for a disco nap. People who could not say the same: Ted Cruz and Mitt Romney.

It's past bedtime for Sleepy Ted Cruz. This is the same guy who calls President Joe Biden Sleepy Joe. pic.twitter.com/beQdNR8ecH

I didn’t see a Sleepy Joe but I did see a Sleepy Ted Cruz and a Sleepy Mitt Romney #PresidentialAddress pic.twitter.com/ISergW6gLd

I saw people note that Cruz’s whole deal is just stunt-queenery, so he likely set it up to look like he was “falling asleep” so he could then go on Fox News and say words about Biden’s speech. Which is exactly what he did. It’s as if Cruz won’t have to face any repercussions for inciting a deadly insurrection, committing treason against the republic, fleeing to Cancun during a deadly power blackout and leaving hundreds of Texans to die. And then sleeping through a State of the Union address. Texans better kick this bitch to the curb.

Seditious prick Rafael Ted Cruz made sure to treat President Joe Biden’s Joint Address with the disrespect he showed Texans as they all froze to death.