Timothee Chalamet cast as a young Willy Wonka in an ‘origin story’ film: hate it? 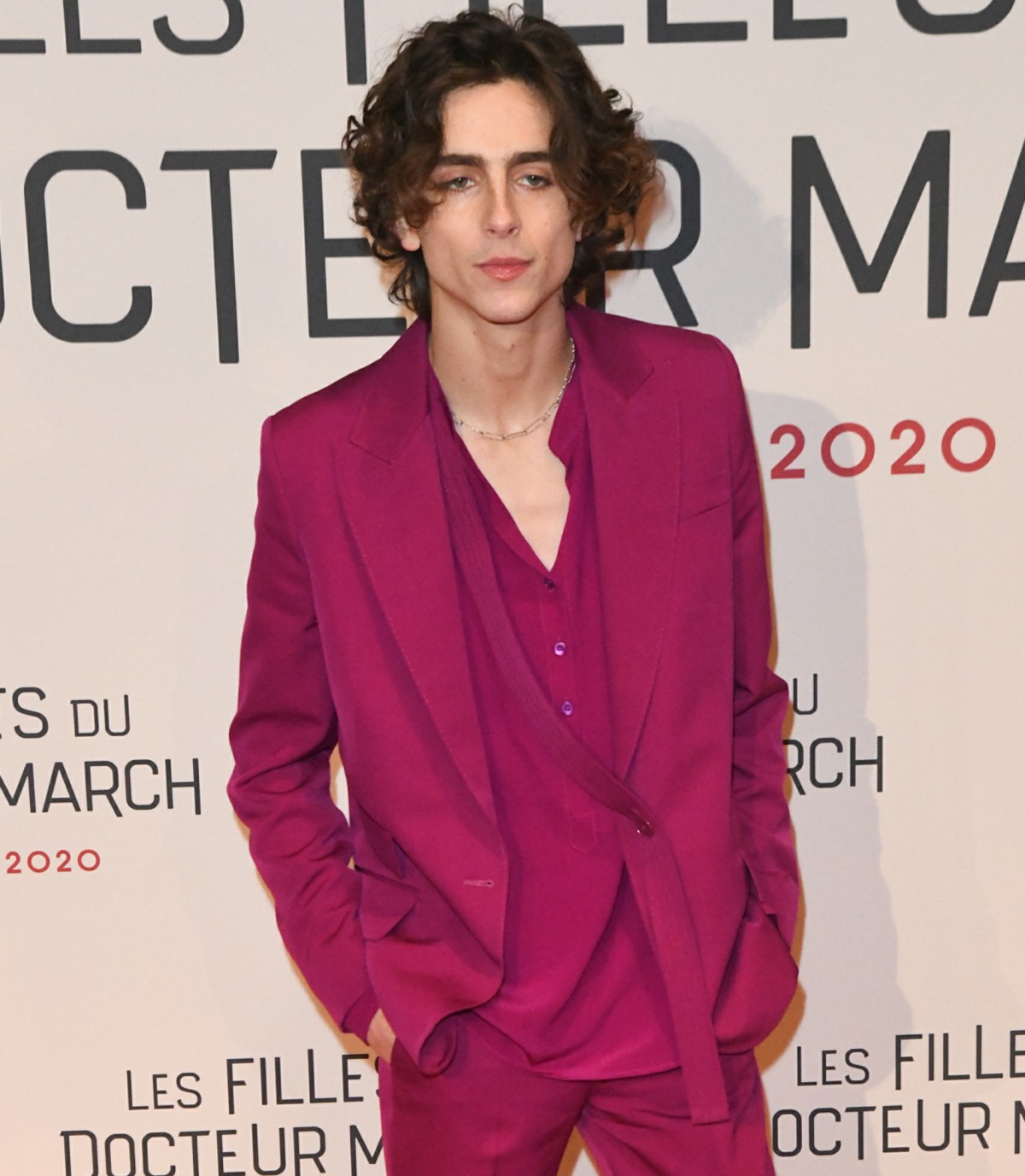 Do you ever really stop and think about how weird Roald Dahl’s books were and are? Like, Charlie and the Chocolate Factory is a seriously weird book! James and the Giant Peach is a strange book too! I remember having that moment as a kid where I was like “wait, what’s happening here??” as I read Dahl’s books. Anyway, Charlie and the Chocolate Factory is arguably Dahl’s most beloved kids’ book, and it’s been adapted for the screen twice. The first adaptation had the incomparable Gene Wilder as Willy Wonka, and the second version had Johnny Depp as Wonka. I never saw the Depp version, that’s how loyal I still am to the Gene Wilder version.

Well, Hollywood is going to do another Wonka movie. This one won’t be a strict or even loose adaptation of the Dahl book. Meaning, no Charlie. It will be something about Willy Wonka’s origin story. RLY? And it will star Timothee Chalamet as the young Wonka.

Timothée Chalamet is ready to head to a world of pure imagination as the Oscar-nominated actor is set to star as the iconic inventor and chocolate maker in Warner Bros and the Roald Dahl Story Co.’s Wonka. Based on characters created by Roald Dahl, the story will focus on a young Willy Wonka and his adventures prior to opening the world’s most famous chocolate factory. Sources also tell Deadline that Wonka will mark the first time Chalamet gets to show off his singing and dancing skills with several musical numbers set to appear in the film. He’s been the top choice for some time but scheduling was a hurdle that had to be overcome as training for those numbers is included in the prep for this film.

While plot details are unknown, the new pic will be an origin tale of the character and mark the first time Charlie Bucket will not be featured.

This makes me sad, uncomfortable and angst-ridden. Why can’t they just do another adaptation? I mean, if they’re hellbent on doing another Wonka story, just adapt the book, for goodness sake. Don’t create some weird, uncomfortable backstory for Wonka. We don’t actually need to know Wonka’s backstory! That’s the same thing I said about Joaquin Phoenix in Joker! Some characters don’t need gritty or tragic backstories. We don’t need to see William Wonka as a young man, plotting to murder children in his sugary house of horrors. Interesting casting though, I guess. Ugh. 41 Responses to “Timothee Chalamet cast as a young Willy Wonka in an ‘origin story’ film: hate it?”