Christina Hendricks: No one would give a crap about me if not for ‘Mad Men’ 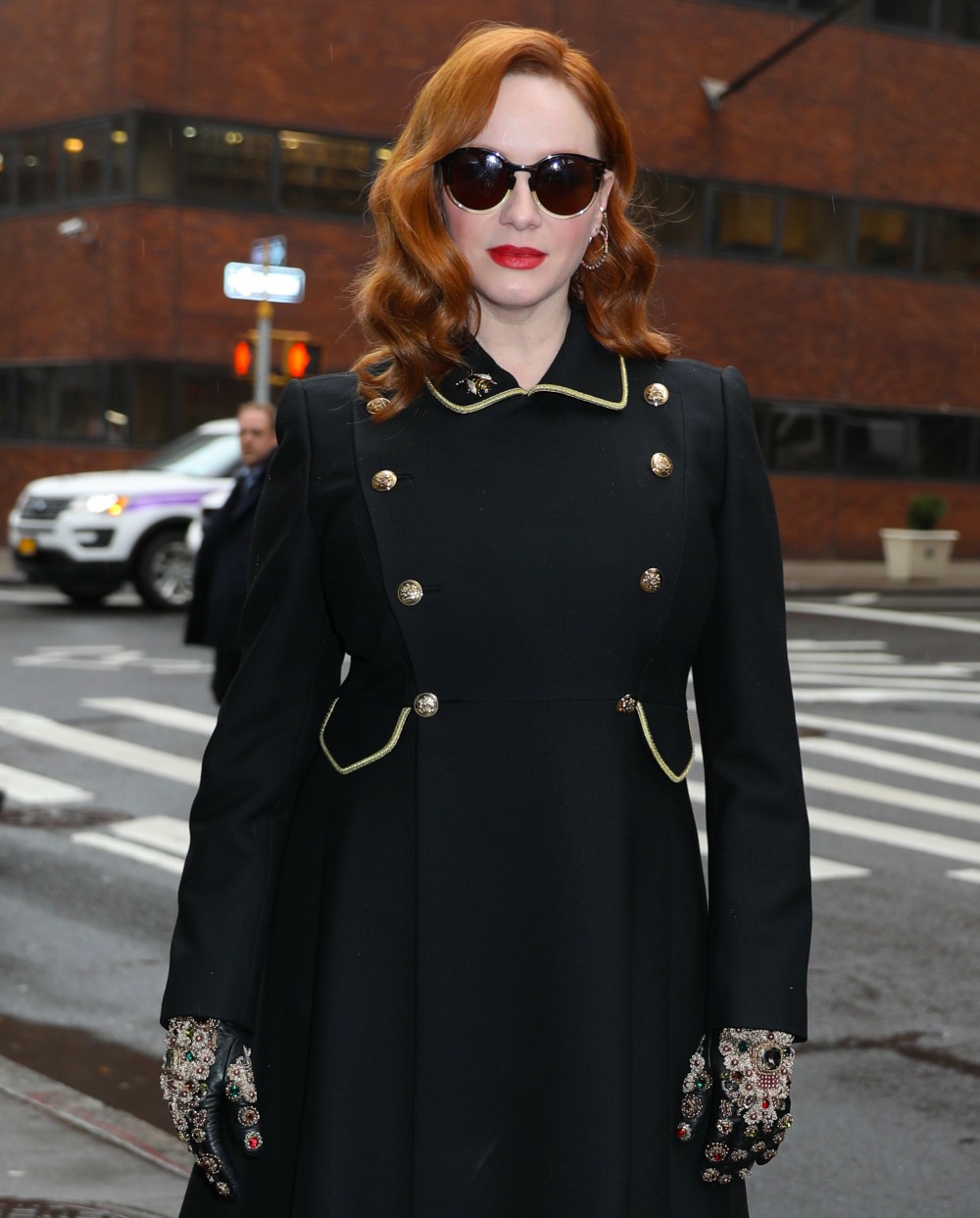 Mad Men has been over for years but I still think about Joan Holloway several times a week. I’ll remember a great line and a great line-delivery from Christina Hendricks on the show, and I’ll feel that inspiration. Tat character went through so much and she came out ahead. I still love that for her. Christina is currently promoting the fourth season of Good Girls, the NBC show where she, Mae Whitman and Retta play a trio of suburban-moms who do crime. Christina chatted with the Guardian about the show, about her transition from modeling to commercials to full-time acting, and of course, about Mad Men as well. Some highlights:

On Good Girls: “It’s funny you say that, because originally, when I read the pilot script, I thought: ‘I love this, but I can’t imagine this being more than one episode.’ It felt like it finished itself.” She is unsentimental about it. Hendricks wasn’t looking for a new show – “I was happy doing films, taking my time” – but went into it with her eyes open.

On Mad Men’s cultural impact: “Men started dressing like Don Draper and Roger Sterling. Suits came back in, skinny ties came back in. It took three to four seasons and then all of a sudden people wanted us [the female stars] on magazines. We were like: ‘This is strange – we’ve been doing this for a while.’”

The focus on Christina’s body: “There certainly was a time when we were very critically acclaimed, and getting a lot of attention for our very good work and our very hard work, and everyone just wanted to ask me about my bra again. There are only two sentences to say about a bra.”

On a Mad Men writer claiming creator Matt Weiner harassed her: “My relationship with Matt was in no way toxic. I don’t discount anyone’s experience if I wasn’t there to see it, but that wasn’t my experience. Was he a perfectionist, was he tough, did he expect a lot? Yes. And he would say that in a second. We were hard on each other.”

Sexism in the industry: “Boy, do you think anyone in the entertainment industry comes out unscathed and not objectified? I don’t know one musician or one model or one actor who has escaped that. I have had moments – not on Mad Men; on other things – where people have tried to take advantage of me, use my body in a way I wasn’t comfortable with, persuade me or coerce me or professionally shame me: ‘If you took your work seriously, you would do this …’ Maybe it was my modelling background, but I knew to immediately get on the phone and go: ‘Uh oh, trouble.’ That’s where it’s very much a job. We need to talk to the producers and handle this professionally.”

The legacy of Mad Men. “It may eclipse anything I ever did. And, if it does, it was a good one and I’m proud of it. I got to bring who I was as a woman. I think I learned some of how to be a woman from Joan. No one would give a sh-t about me if it wasn’t for that show. I’d still be doing good work, but no one would have found me. If that’s the best thing I ever do, it was pretty good.”

I think the actors from Mad Men came away with good vibes because AMC was so supportive, they got to tell the story they wanted to tell and build their audience, and because it had such a cultural impact. Clearly, because all of those actors are still so closely identified with Mad Men. As for the questions about her bra… I mean, I had those questions too! Like, shapewear in the 1960s was no friggin’ joke!! It was a compliment to the costuming of the show that people are still like “wow I wonder what kind of bra she wore.” We’re saying it with awe. 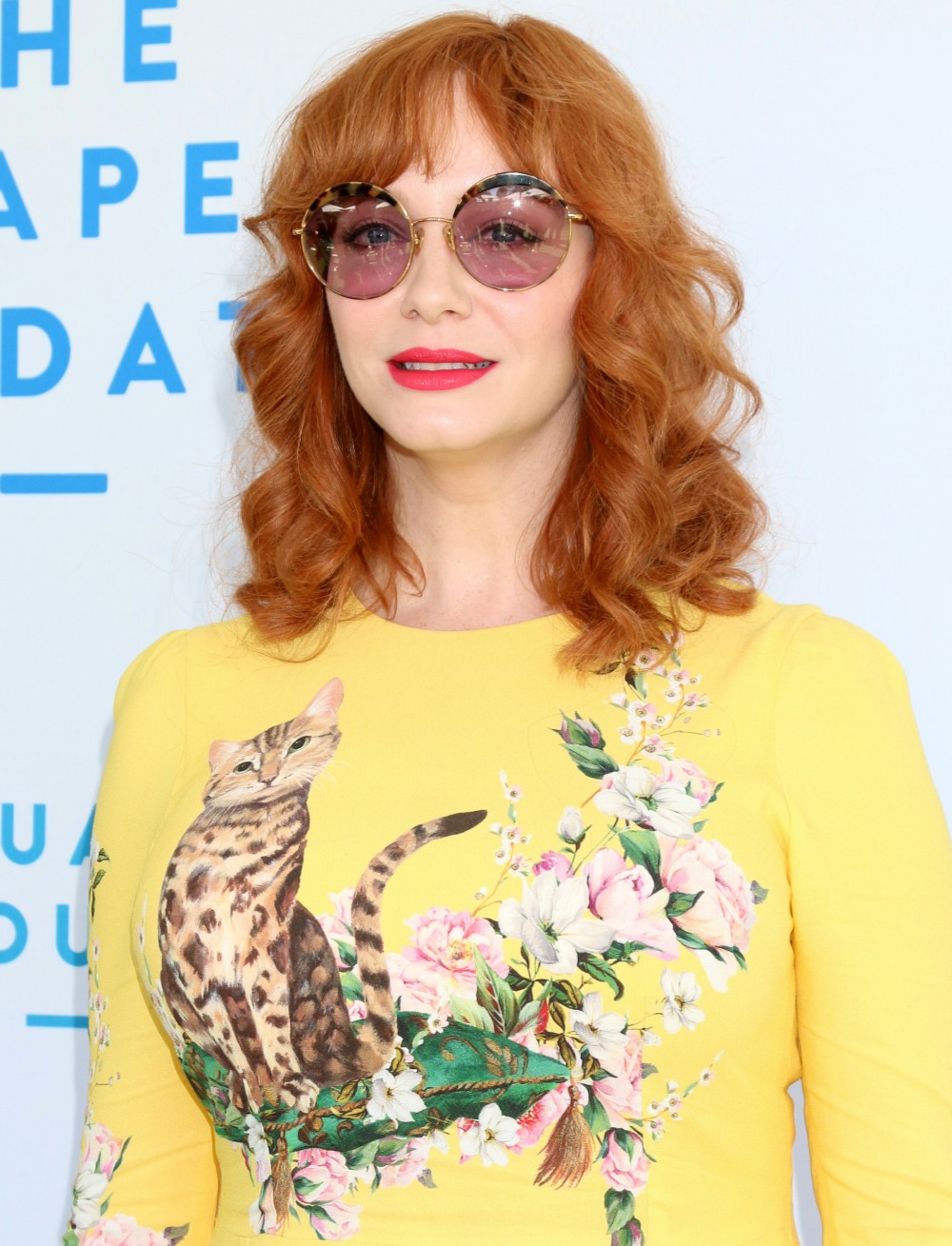 19 Responses to “Christina Hendricks: No one would give a crap about me if not for ‘Mad Men’”