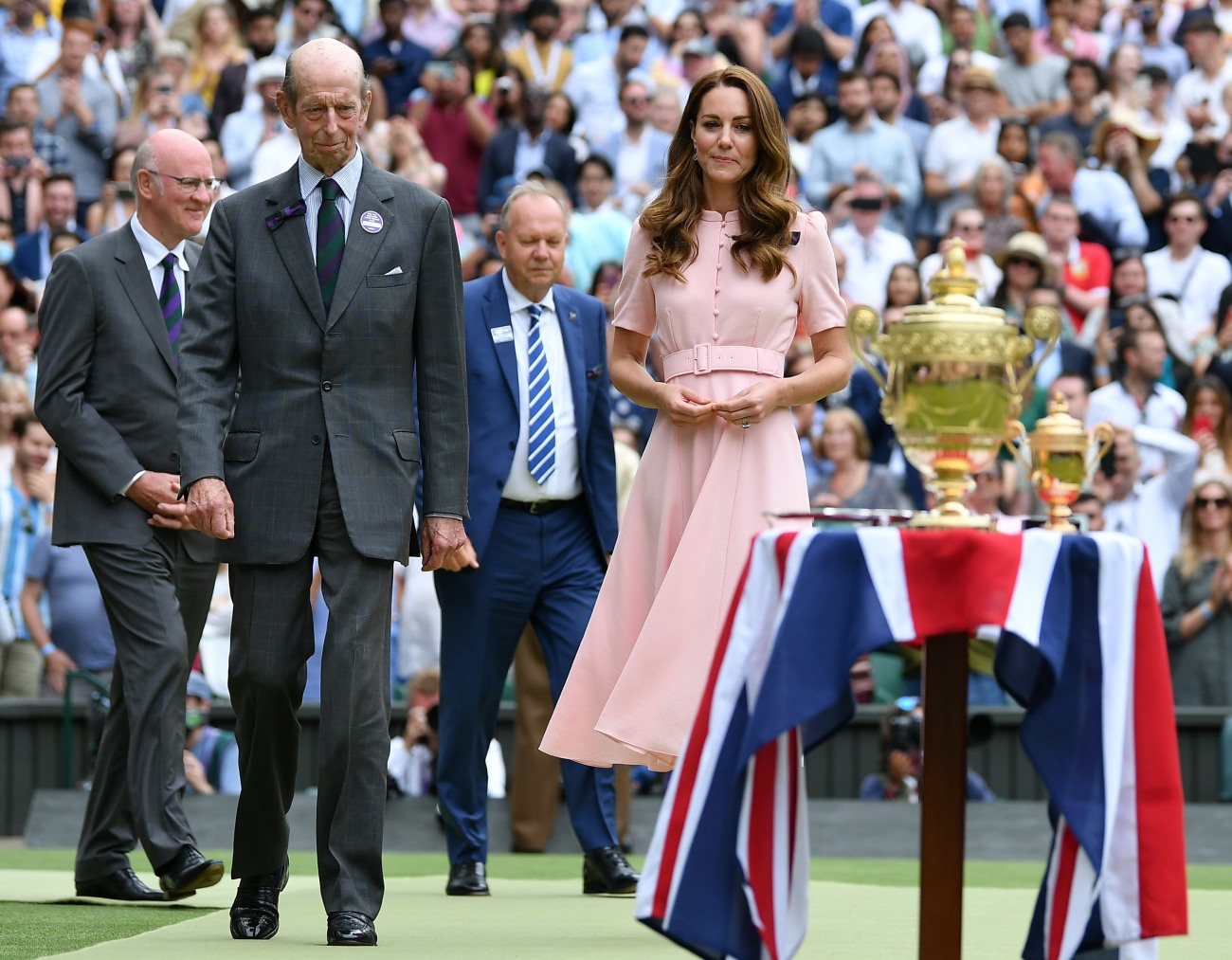 On Friday, the royal reporters were told that the Duke and Duchess of Cambridge would attend both of the Wimbledon singles finals on Saturday and Sunday. As we saw, Prince William came out for the women’s final, and I still say that was the first time he’s ever gone to any women’s final. But he didn’t go to the men’s final at all! I kept waiting to see a cut-away of William and Kate looking grim together in the Royal Box, but no. He wasn’t there. Instead, Kate attended Championship Sunday with her father Michael Middleton as her date. My guess is that William skipped out because he didn’t want to spend the entire day watching sporting events back-to-back (Wimbledon men’s final and the Euro final).

Michael and Kate arrived at the All-England Club earlier than expected, and their first stop was the Gentlemen’s Wheelchair Singles Final on Court 3. Then they went to the Royal Box on Center Court for the men’s final: Novak Djokovic vs. Matteo Berrettini. It was a tense match but Novak won in four sets. This is Novak’s 20th Slam in singles. He’s now tied with Roger Federer and Rafael Nadal for Slam singles titles. An era of GOATs.

You know how I’ve been saying that William looks so much more relaxed when he’s away from Kate? Well, Kate seemed more at ease without William there too. She and her dad seemed to have a really nice day together and Kate didn’t make an ass out of herself. Kate wore this Beulah crepe dress which retails for £695. She carried a Josef bag and she wore Mappin & Webb Empress earrings. I kind of like this dress although pale pink isn’t necessarily her color. Kate looks so much better in darker greens, purples, reds. But this had a nice silhouette and it was flattering. Dated? For sure. She looks like she’s about to have a cocktail at the tennis club in 1935. 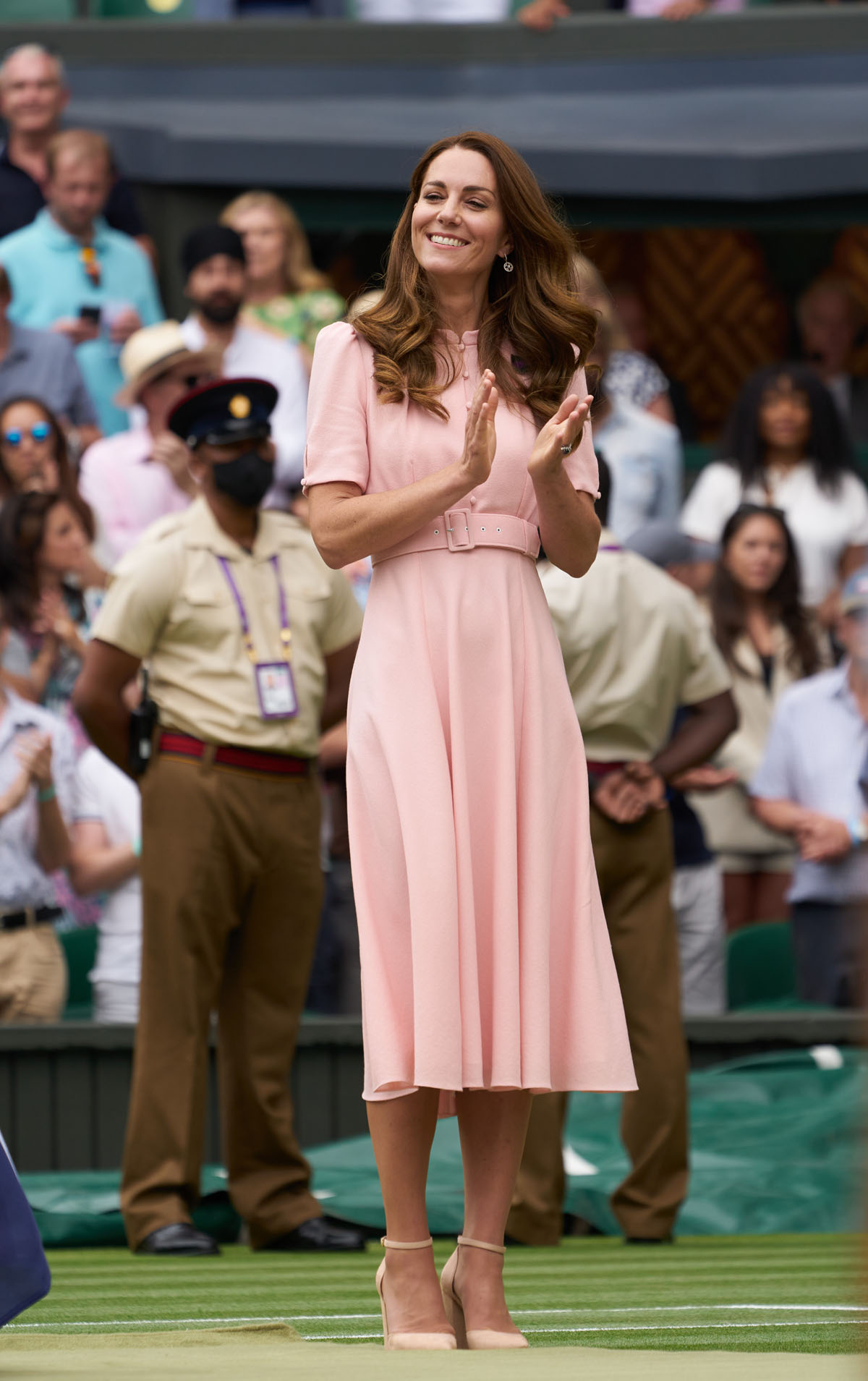 150 Responses to “Duchess Kate wore a Beulah dress to the Wimbledon men’s final: cute or dated?”