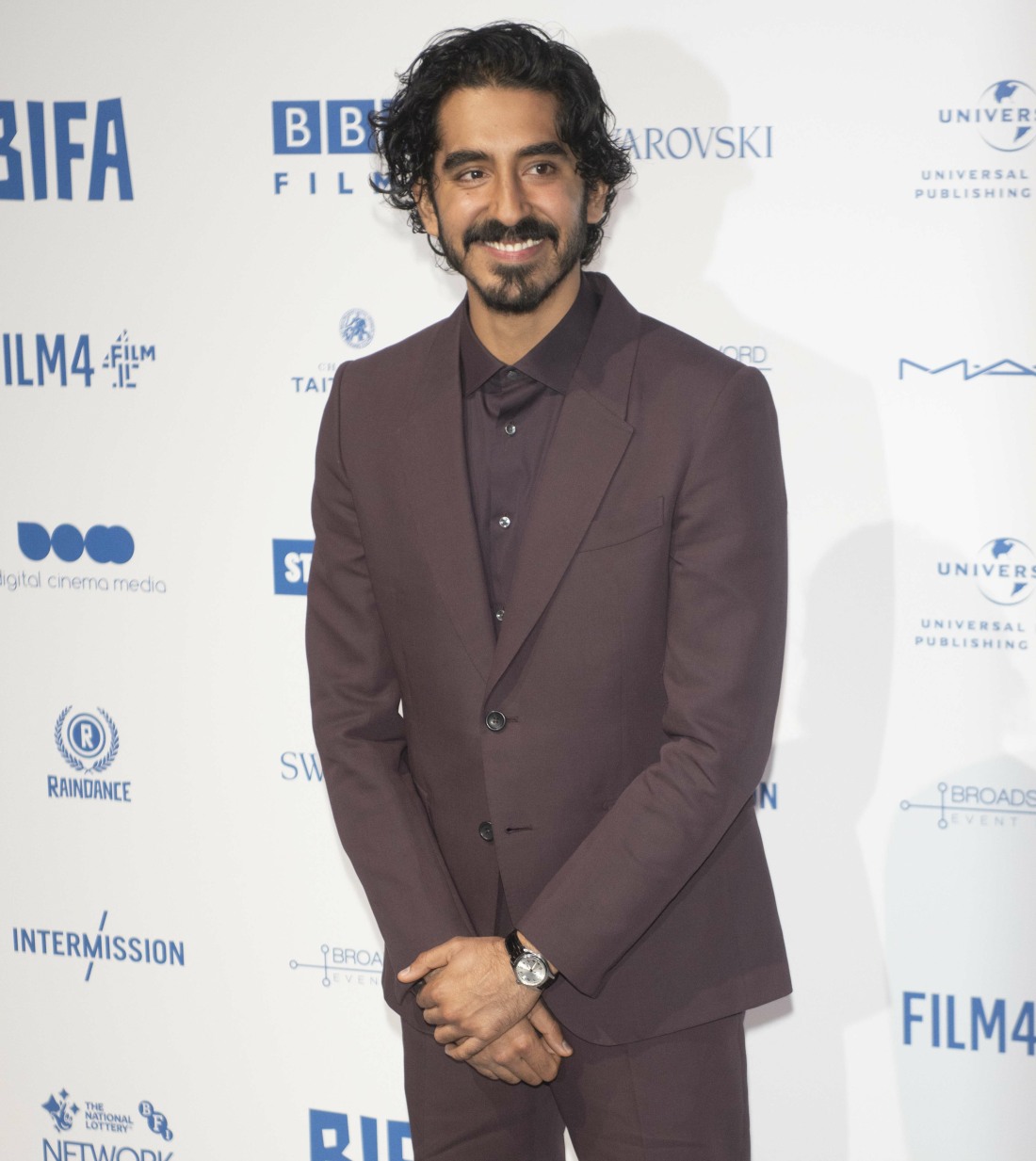 I love Dev Patel. He’s one of those actors who should work constantly in a wide variety of projects. He’s just so talented and able to pull off any kind of role thrown at him. But in the 13 years since Slumdog Millionaire, Dev’s career has had more ups and downs than most actors from his generation. As a British Indian man who “got famous” from playing an Indian-accented Indian teenager in Slumdog, he was typecast for many years and basically only offered “Indian man” roles or sidekick roles. Dev is currently promoting his lead role in The Green Knight, where he plays Gawain, the “debauched nephew of King Arthur.” Dev spoke to the Guardian about racism, typecasting and his own insecurities. Some highlights:

On his 2017 Oscar nomination: “What does this mean, if I were to get this thing? What if I do get nominated – what is that? It becomes that scary seed of hope that you’d never even thought about.”

His self-defensive habit of being funny: “The bigger and goofier you are, the more willing you are to be stupid, the more laughs you get from your peers” – and the less likely you are to be bullied for being “that guy fresh off the boat, or whatever”. In Skins he continued the pattern. “I’d throw every emotion at it: happy, sad, melancholic – all there in one line.”

Being typecast: When Patel broke into stardom, after Slumdog, he expected to land bigger, stiller parts, but none came. Often he had to “wait for an Indian role to come by, where I could put on a thick accent,” because “there wasn’t anything else, it was literally the clichés: goofy sidekick, taxi driver.” For a while he didn’t work. “I was dating my co-star at the time, Freida [Pinto], and she went on to do all of these amazing things. But in a way, she, too, was being type-cast, as this exotic beauty next to all these Caucasian leading men.”

Being cast in The Personal History of David Copperfield: The filmmaker was unconcerned by the colour of his skin. “I’m the one that is fixated on it,” Patel says. Before filming Copperfield, in which he “basically plays Charles Dickens”, he asked Iannucci: “Wait, so is his mum going to be brown? How are we going to talk about that? Is there going to be, like, a scene where they, like, arrive on a boat?” Iannucci said no, to which Patel recalls offering, “Look, I’m really appreciative, but I’m also sorry, because I know you’re going to face a barrage of comments…Because everyone’s going to be so fixated on the colour of the lead’s skin.”

He’s often asked why he, a British Indian man, plays so many Indian characters: “You’re kind of like, Where am I allowed to exist? How specific are we going to get with this? What does it mean to be an actor – to just be yourself? Am I only allowed to play a guy who’s 31 years old? Are you going to check my blood type? The very essence of acting, it asks for you to perform, transform, change, that’s the allure of the job… And sometimes I feel stuck in this cultural no-man’s land. I’m not British enough to be fully British, not Indian enough to be fully Indian.”

Whether it’s getting better for actors of color: “You know, it’s moving in the right direction. My mate Daniel Kaluuya just won an Oscar! And there are so many beautiful films in the mix now. We’re getting more nourished as a society for it.” He was thrilled when he found out Copperfield was being shown in schools. “It’s more indicative of the Britain I grew up in. It makes it more accessible. I didn’t know what David Copperfield was. I couldn’t relate to that. Fifteen-year-old Dev couldn’t see his face in that, couldn’t understand it.” But there are “people out there like me, who grew up in the same position, who share two identities… People are going to relate to this material.”

His life after ‘Lion’: “I feel like, instead of seeing me as ‘the Indian guy’, people were looking at me as the everyman. And that was the place I always wanted to be. I wanted to be part of that conversation. ‘Oh, you’ve got an everyman in a story – why can’t that be me?’”

I winced when he talked about the color-blind casting of the Copperfield movie and he said “I’m the one that is fixated on it,” meaning his problem, in his mind, is that he’s the one obsessed with where he fits in and he’s fixated on his race and which parts he should play. When that was all just a product of years of being typecast and put in a box by filmmakers and producers who only wanted him to play Indian-accented Indian characters. He’s not the only one fixated on it! He’s been the victim of racism and racist casting for years and he’s internalized it.

As for what he says about living in two worlds and not feeling like he’s “enough” in either… that’s such a common first-generation child-of-immigrants feeling, and I would suspect it’s even harder when he grew up entirely in the UK and people treat him like he is “fresh off the boat.” 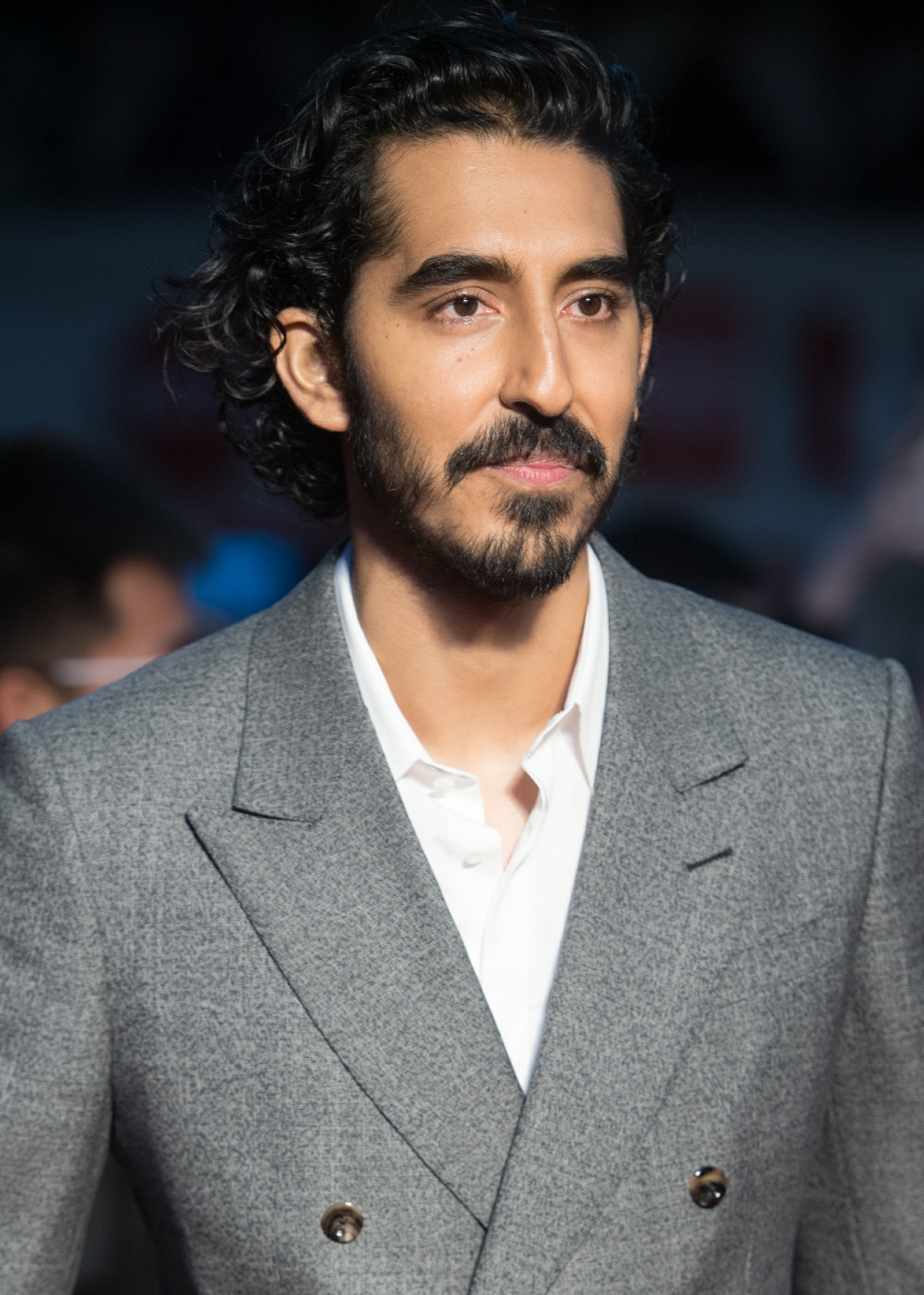 41 Responses to “Dev Patel: ‘Sometimes I feel stuck in this cultural no-man’s land’”