Christopher Meloni has a great profile/interview in W Magazine’s “TV Issue.” W Mag did this thing where they photographed actors playing either old TV characters or “trying on” current TV personas. All of which to say, Meloni got to try on the persona of a Formula 1 driver, and then W Mag set up a conversation between Meloni and Lewis Hamiliton, who starred in Formula 1: Drive to Survive on Netflix. They talked about Formula 1, race car driving, Law & Order and more. You can read the full piece here. Some highlights:

Meloni on Formula 1: “I really didn’t know about Formula 1. A friend turned me on to the series. I got to tell you, man, it’s one of these few shows that absolutely educated me and introduced me into a world that I had no idea about. I mean, I knew about the rabid fan base you have. But to experience the rock-star status, the grueling aspect of what it is you guys do, the intense focus. I played sports when I was younger. But none of my sports engaged in your machine needs to be as top-notch as your driver and vice versa. There’s a very unique synergy. There’s no other thing like it that I can think of. Maybe horse racing.

Whether Meloni watches himself on screen: “No, I don’t watch myself very often because of what I call “the green meanie,” the part of yourself that just sees all of the mistakes. I’m rather demanding. When I fall short, it’s really difficult for me. It’s constantly [thinking I could have done better]. When you’re on the podium, you’re like, We won! But even if you still win you’re going, that wasn’t up to my standard. And it’s a feeling of, if you don’t address it, it’s going to come back and bite you in the ass. Yours is really life or death, for me it’s just an actor’s death.”

On the pandemic: “We got back into working in the midst of it. It was interesting because I had never realized in my business, connection, connectivity, is an imperative. If you have two actors and the protocol is you have to wear a mask when you rehearse or when you’re near people, you know, this is very difficult. I can’t read your face, I can’t do my job. And I must say, I was shocked that, just as a human being, how I missed seeing people’s faces. That disconnect was very impactful to me, as it was to everyone I know.”

His preparation to play a cop: “You know something? You just talk to people. You talk to cops that do the work that you do. I was Detective Elliot Stabler on a different show, called Law & Order:Special Victims Unit, which is an actual division in the NYPD that’s about rape victims and [child] abuse, and that sort of thing. I talked with them. Now, it’s with the organized crime unit, and I’ve spoken with those guys and had meetings with them. You talk to people, you read people, you assess, and you go, Oh, that’s kind of interesting. I’m always studying people. That’s what it boils down to.

If you go to the piece, Lewis and Chris Meloni have a nice banter and you can tell that they have a lot of respect for each other’s fields. They talk a lot about the engineering and science behind racing and a lot more. I never really thought about how actors had to rehearse with their masks on during the pandemic, and actors aren’t able to “in the moment” and reactive as much as they want to be. I mean, that’s not the worst part of the pandemic and everyone knows that, Chris included. He was just saying that he missed seeing people’s faces. 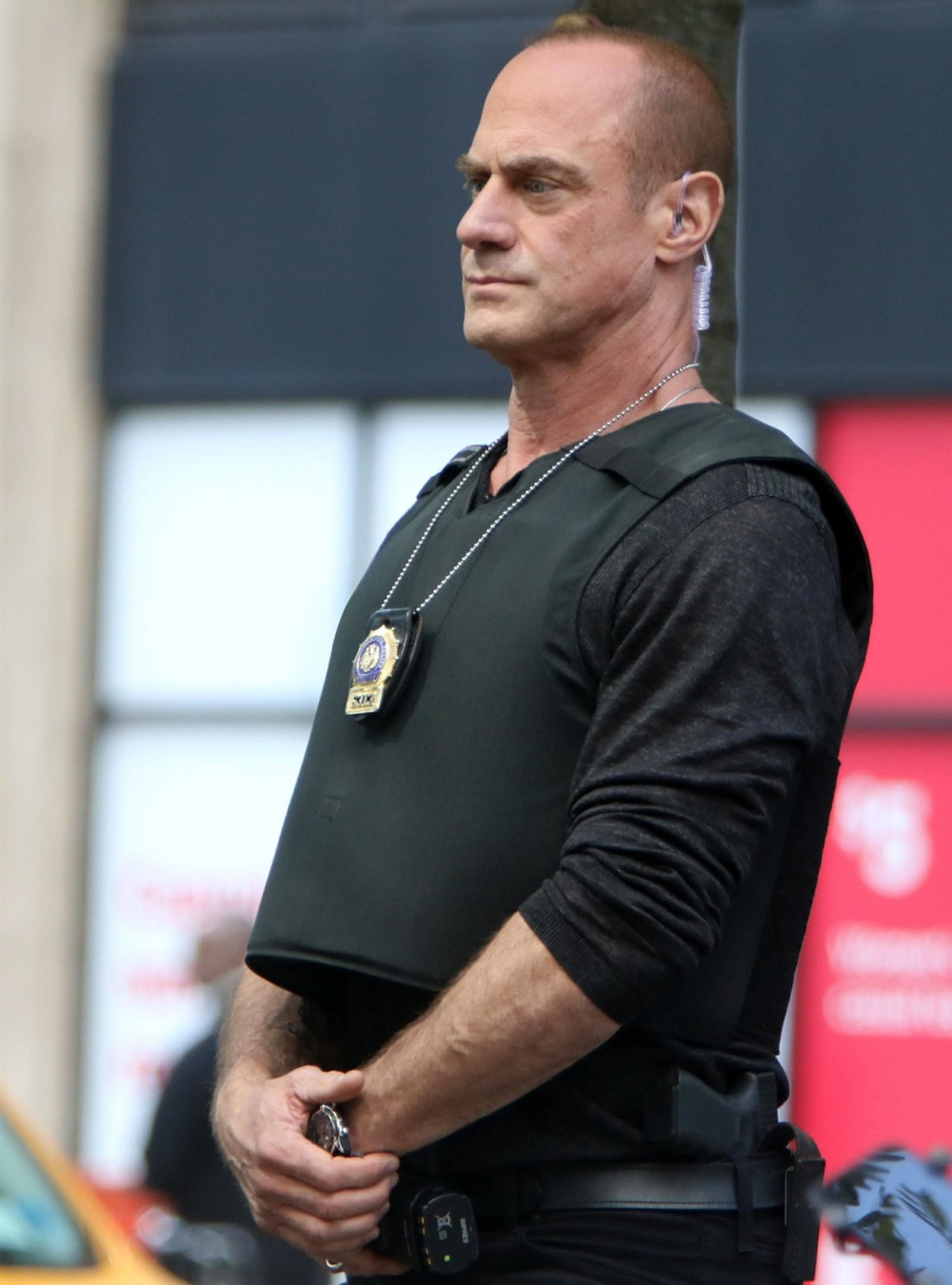