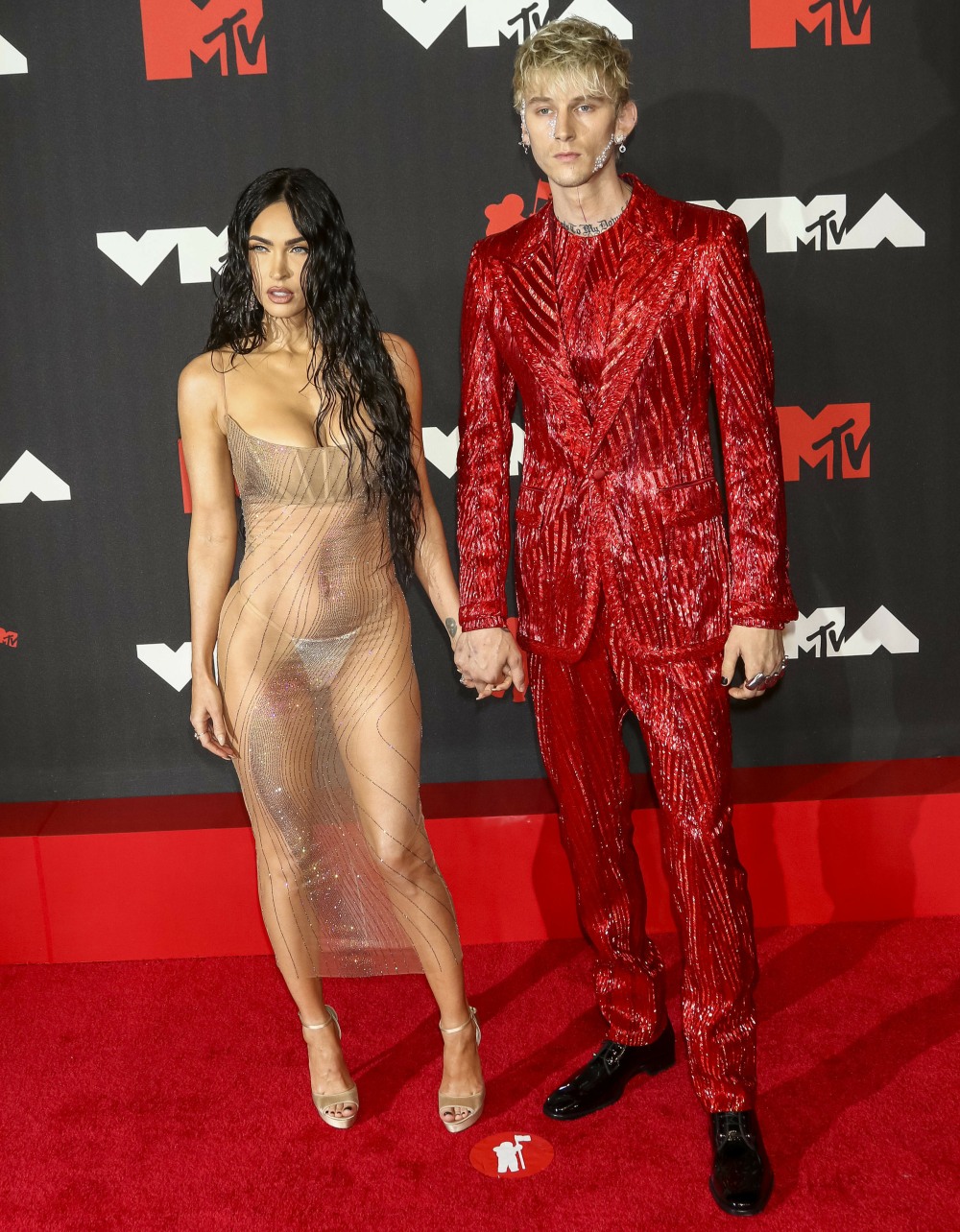 Megan Fox and Machine Gun Kelly walked the MTV VMA red carpet together, but like any boyfriend dating a certified hottie, MGK stepped away to allow Megan to pose solo for the fashion photos. I don’t even know why, because Megan was just wearing a thin piece of hosiery, basically. Megan’s dress is Mugler Spring 2021 and I wish she had worn something… different. But it fits for the VMAs, so be it. MGK also ended up part of some kind of violent fracas on the VMA red carpet – Conor McGregor apparently took a swing at him and Conor had to be held back by security. There’s some confusion about exactly what started it, but it seems like MGK’s team refused to let MGK take a photo with Conor? WTF? 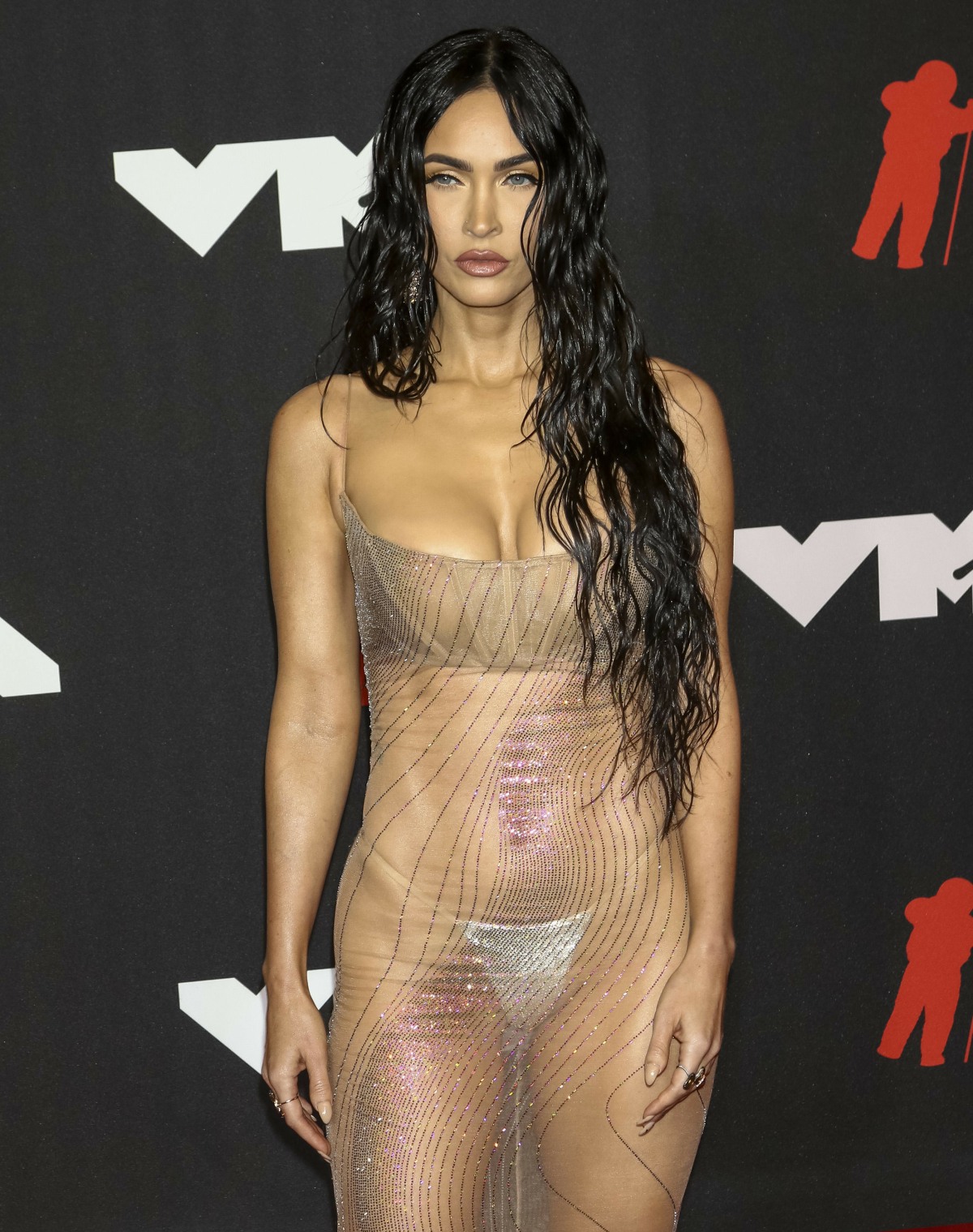 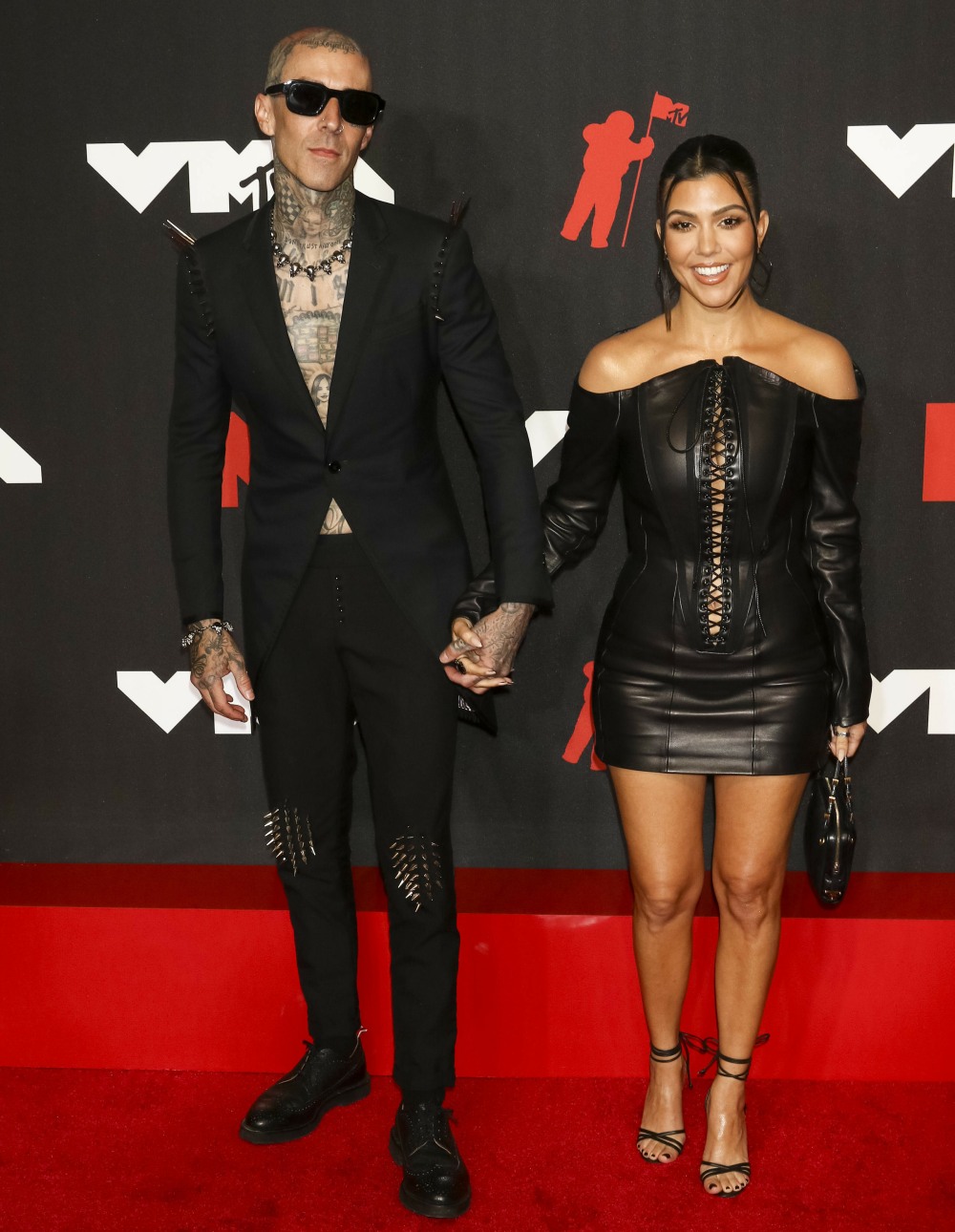 Camila Cabello in Alexis Mabille. She’s still in her princess sh-t. I generally don’t like pink-and-red combos, but it is what it is. 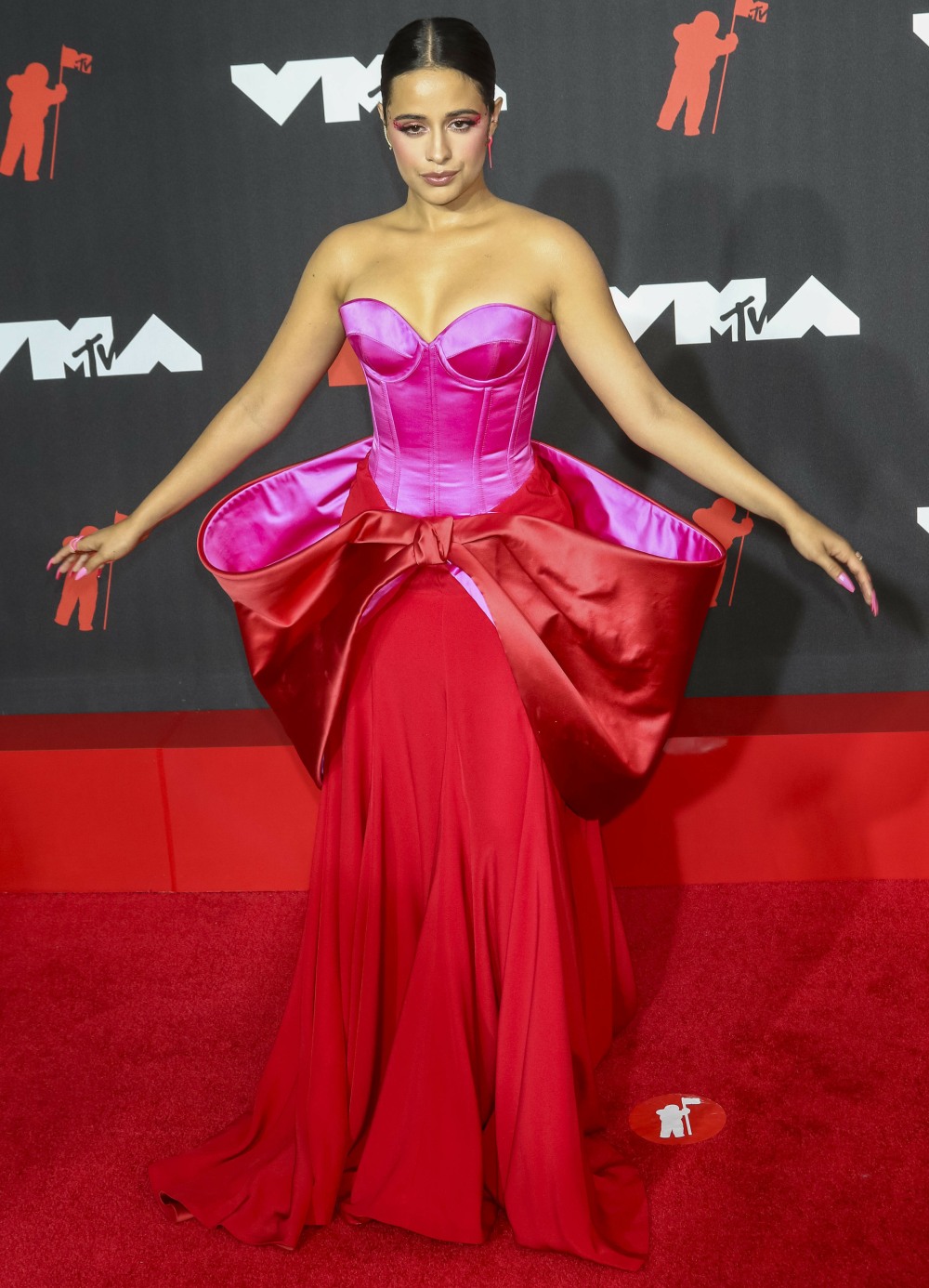 I saw Avril Lavigne on the pre-show and I was shocked by how “girlish” she was. It threw me for a loop! It was like we were back in 2003 for no reason. She’s 36 years old and she still talks and acts like a skater girl. Avril wore Area pre-fall 2021. It was… a lot. 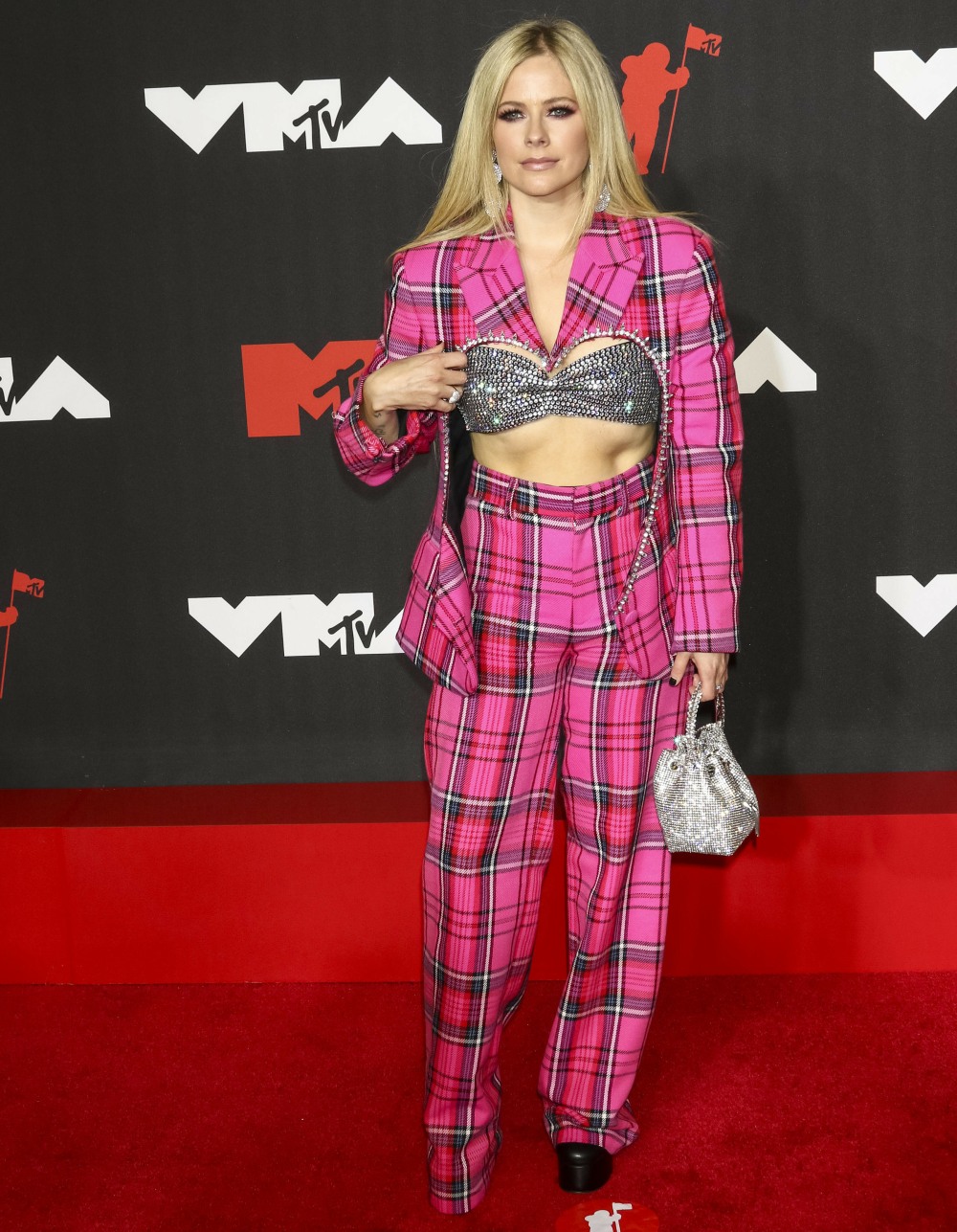 Jennifer Lopez is so hot, my God. She wore David Koma Resort. No panties.

Hailey Bieber wore Alaïa Spring 2022. She didn’t walk the carpet, she was there to present and to support Justin, who opened the show and won Artist of the Year and Best Pop.

122 Responses to “Megan Fox wore Mugler hosiery to the MTV VMAs: cute or too rock chick?”