Ryan Gosling: I think about time more than I used to, my kids are growing up fast

Ryan Gosling just signed on as the new spokesperson for Tag Heuer watches. It’s significant because he has never been a spokesperson for anything else before. I am positive his motivation had everything to do with the money that came with the contract, however he’s taking it seriously. Ryan did a piece for GQ on his role as Tag spokesman. And by that, I mean he gave an entire interview on watches and what motivated him to lend his name to a watch brand. I’m stunned at his dedication and I wasn’t bored. Ryan has a way of elevating a subject simply by taking it seriously. Ryan claimed that what made him consider Tag was two things. The first was the brand’s legacy of reliability and excellence. The second, though, was more personal. Ryan said he’s been thinking about time in general more because of his kids. Since his daughters Esmeralda, seven, and Amada, five, are growing up so fast, he said he always has his eye on the clock.

On why he picked Tag Heuer: It was a pretty easy decision, really. Tag is such an iconic brand. I’ve been a fan for a while. On that technical level, they’ve been innovating and leaders for over 160 years. So that made it easier, too. And then on a personal level, I think about time more than I used to. I have two kids and they’re growing up fast. So I keep my eye on the clock more than I used to… For my first Father’s Day, Eva gave me a watch… The brand doesn’t matter. [Laughs] The symbol was what mattered. It meant, you’re on the clock now.

John Glenn convinced him to go Tag, sort of: It wasn’t until I did this film, First Man, where I started to see them differently, because when I would visit NASA, the term “built like a Swiss watch” was used often in relation to their spacecrafts. It felt like that was the gold standard for design and of mechanical artistry. And I just started to appreciate them in a way that I never did before.

I found out that John Glenn brought a Tag stopwatch on one of the Mercury missions because he didn’t trust any other brand. It was there just in case everything else failed. So it just started to make me look at them beyond the surface level.

He didn’t make sourdough during the pandemic: No, no sourdough. Our kids are young, so it was a tough time for them to be separated from other kids and not being able to see family and whatnot. So, we did our best to entertain them. I think Eva and I did more acting in quarantine than we have in our whole careers.

There are a few moments in which Ryan’s natural humor comes through. They didn’t make for great pull quotes, unfortunately, but I find his humor so charming, I love watching his interviews. Especially when he starts giggling. Plus, again, I’m impressed with how much thought he gave this. The bit about John Glenn and the Mercury missions was interesting. Learning something like that would influence my purchases too.

As far as watching the clock because of his daughters, it’s an interesting angle. I watch the clock because of my kids. But it’s more to do with schedules and needing to be places or things being due. It’s a neat tie in to the watch sponsorship, though. For whatever reason, a parent does tend to always know what time it is. It could be because the kids must be picked up. Or the parent can’t wait for the kids’ bedtime. Or, they’re screaming at the kids to get their @$$es to the school bus because I’m not driving them! Or, more poignantly, what Ryan said, the time seems to move a little quicker and we want to make sure we remember the moments we have as they’re happening. I’m still convinced that Tag threw enough money at Ryan to get him to say yes. But Ryan almost has me convinced his girls got him to think about time enough that he decided to become a watch spokesman. Damn, he’s good. 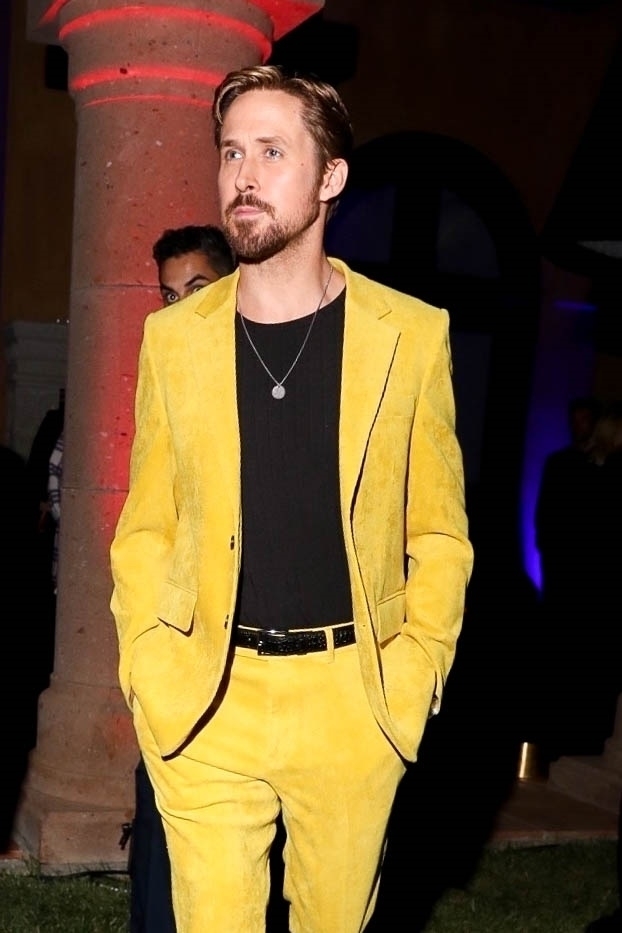 12 Responses to “Ryan Gosling: I think about time more than I used to, my kids are growing up fast”