Megan Fox: Machine Gun Kelly was ‘like meeting your own soul’s reflection’ 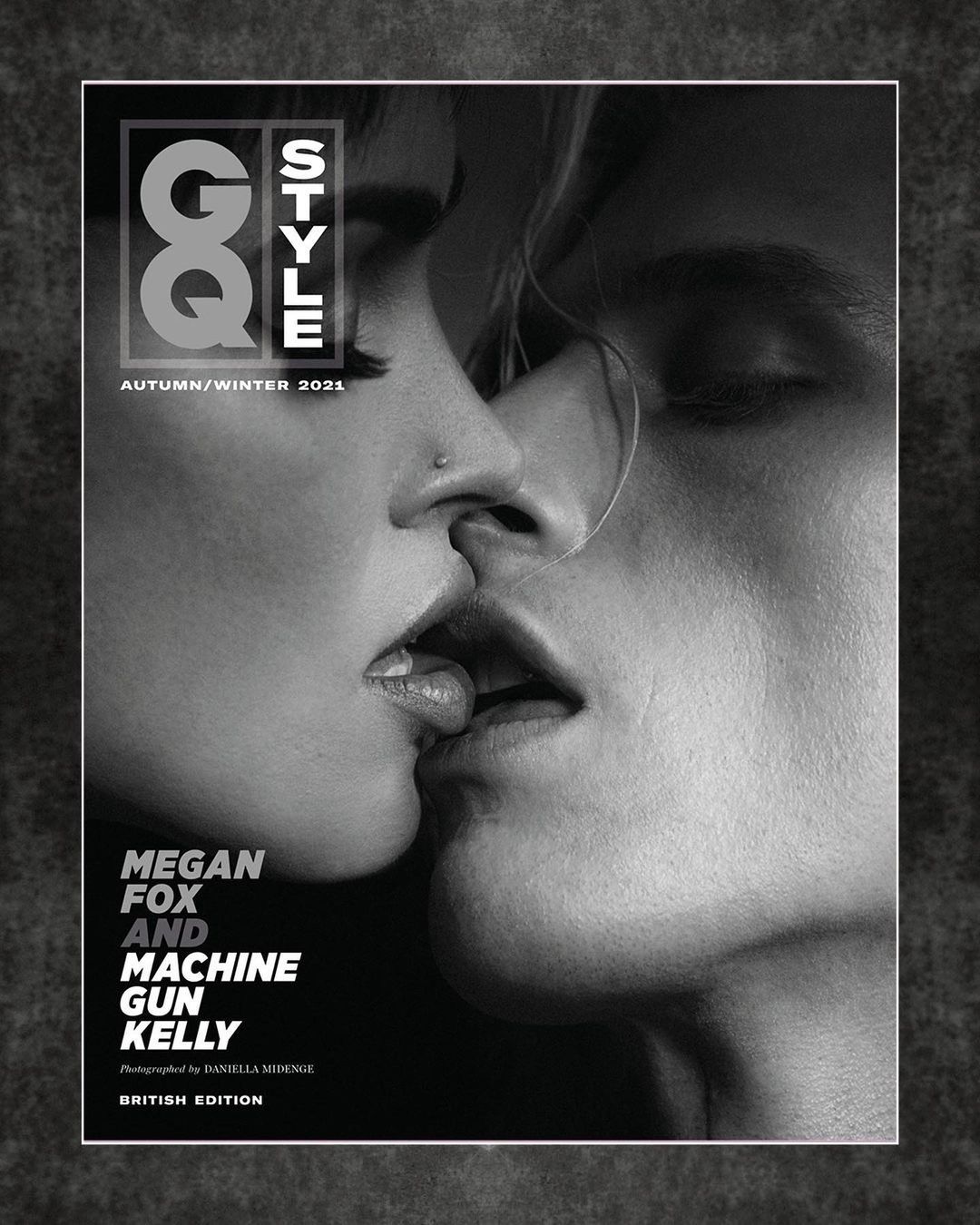 I’m genuinely happy for Megan Fox and Machine Gun Kelly. They got together in 2020 and their love blossomed during the pandemic. They fell in love at the “right time” for both – she was ending her marriage to Brian Austin Green, and MGK was single and ready for love. They say that they’re soulmates, and MGK has brought out something in Megan we’ve never seen before, a comfort in herself, happiness and contentment. All that being said, they’re soooo over-the-top. I love that for them, and I support that, but it’s just kind of funny to me. Most people are happy for them but they’re, like, “no you don’t get it, our love is SO EDGY SO DARK SO HARDCORE” and we’re like “aw, that’s super-cute.” That’s what this entire British GQ cover story amounts to: Megan and MGK reveling in how they’re total edgelords and their love is so dark and profound and yet… the whole thing is just kind of ‘90s goth-vampire vibez and that’s so sweet. You can read the full piece here. Some highlights:

They actually met for the first time circa 2018: ‘I don’t remember your face… And I definitely would have remembered his face,’ Megan Fox says. ‘I just remember this tall, blond, ghostly creature and I looked up and I was like, “You smell like weed.” He looked down at me and he was like, “I am weed.” Then, I swear to God, he disappeared like a ninja in a smoke bomb.’

Fox has a theory: ‘I think we weren’t allowed to see each other yet. We weren’t supposed to run into each other that night, so our souls, our spirit guides, were luring us away from each other, because you literally had no face, like that thing from Spirited Away. It is hard to see his face in general, but really he had no face that night.’

MGK on their first kiss: ‘Even our first kiss, she wouldn’t kiss me. We just put our lips right in front of each other and breathed each other’s breath and then she just left.’

She wasn’t looking for love when they met in 2020: ‘[I was] definitely open [to] love, but I did not anticipate walking right into my soulmate like that. I was obviously over the way I had been living, and those paths lined up, those doors opened. It was [as if] all the obstacles that had kept us apart all those years [had been removed] and we were able to finally intersect.’

Fox on her persona: ‘You know, famously, like, I’m an unusual person. And I had buried a lot of that because it didn’t have a place to live. That’s something that, meeting him, it’s like meeting your own soul’s reflection. I recognise so much of myself in him, and vice versa, and that locked-up part of me that I had put away. I’d always felt like there was that thing missing, that I’d given up on, that you’re always seeking. But then you meet the person that completes that for you and you’re like, “Oh, this is what my heart was searching for. That’s what that beacon was this whole time.”’

Again, they’re very much in love and they complete each other in a lovely way. He seems kind of dumb, but I’ll give MGK some credit: he’s smart enough to go all-in with his dream girl, and he’s smart enough to treat Megan like gold. I doubt any man has ever treated her this way or respected her this way. Anyway, I love them because they do remind me of those dark edgelord couples of the ‘90s. There’s such a nostalgic vibe with them, right?

47 Responses to “Megan Fox: Machine Gun Kelly was ‘like meeting your own soul’s reflection’”