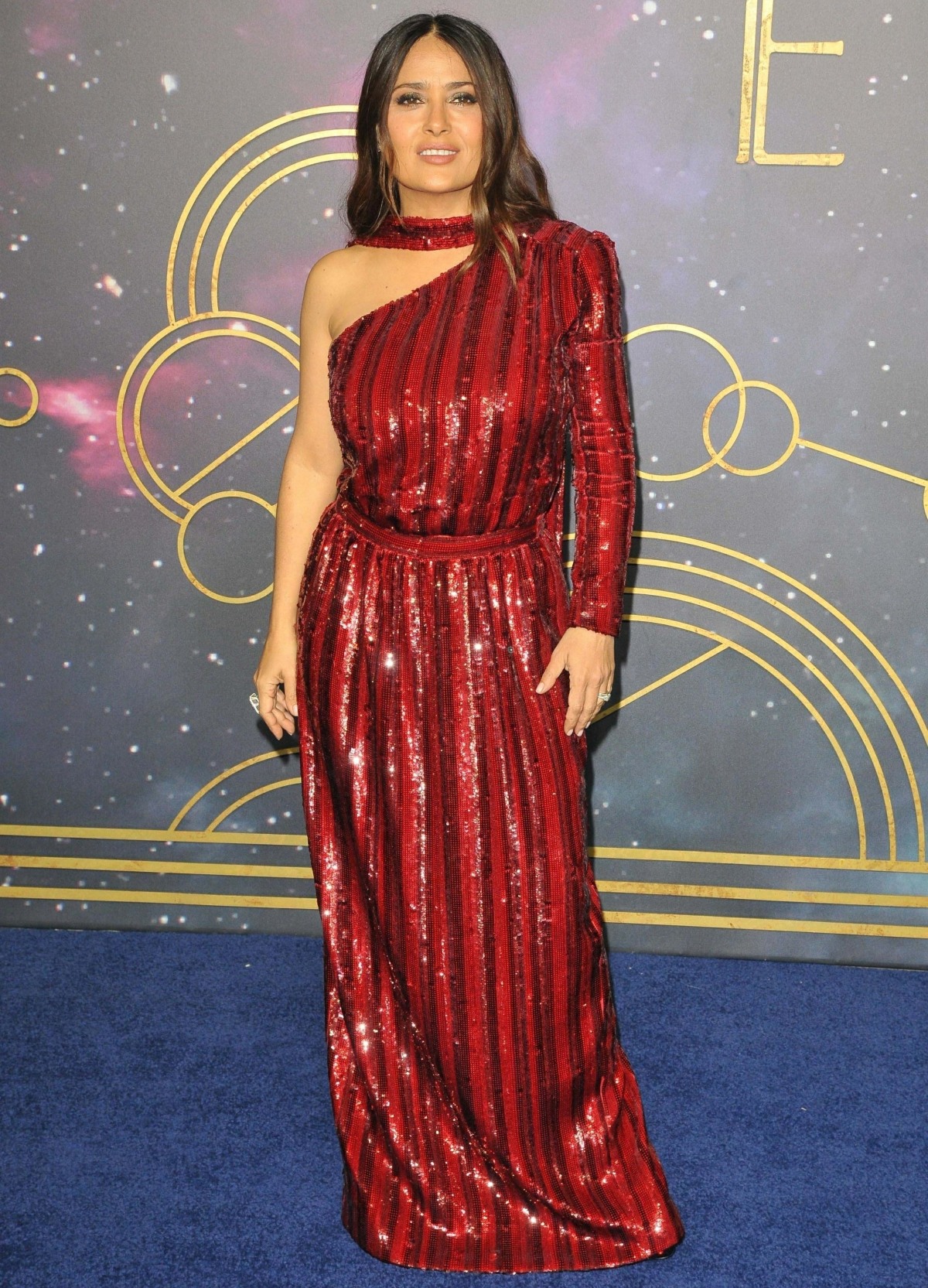 After skipping all of the Eternals promotion in Italy, Salma Hayek was back for promotion in the UK this week. She attended last night’s premiere/screening with the cast, and like Angelina Jolie, Salma has been bringing her kid to the big events. I kind of think “doing it for their kids” was the reason why both Salma and Angelina signed on to the Eternals. They wanted to do a fun movie which their teens would like to see. Plus, it’s Marvel and very few people say no to Marvel. Anyway, Salma has not been hitting it out of the park sartorially for the Eternals’ promo. She wore this Saint Laurent dress which looks pretty dated and ‘80s. I’m sure that’s “the style” these days, but yikes. Weirdly, this dress made me think of Dakota Johnson and how she gets paid to be a Gucci girl, and she would probably make this look very cool. Valentina is adorable too! She’s only 14 years old. 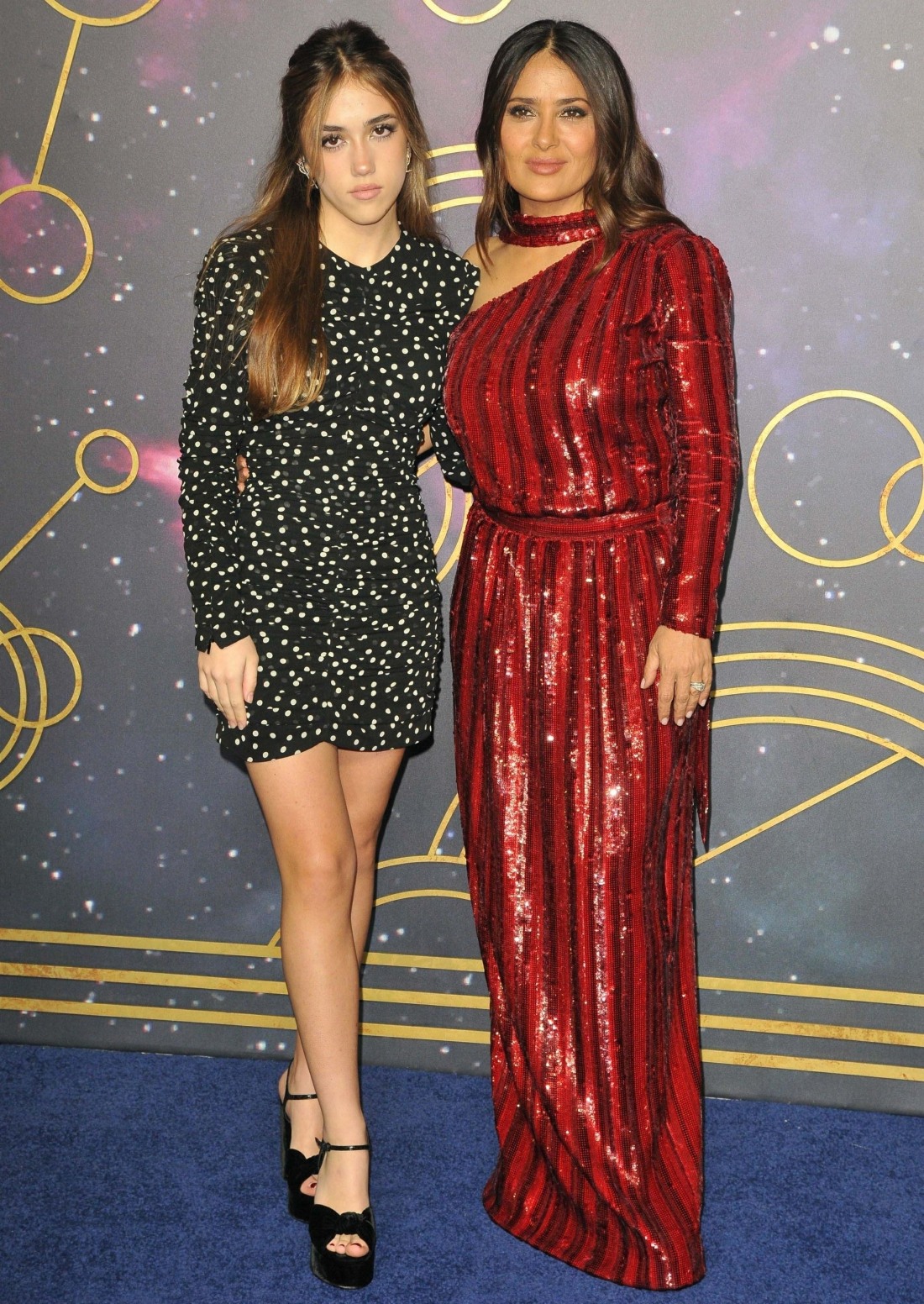 Someone who has been killing it throughout the promotion? Gemma Chan! Her stylist PREPARED. Her stylist got all the look-books and put together a style story and assembled a world-class glam squad, because Gemma has looked completely gorgeous and badass throughout. In London, she wore this Zuhair Murad “hooded” gown. She looks like she could be in a Star War! 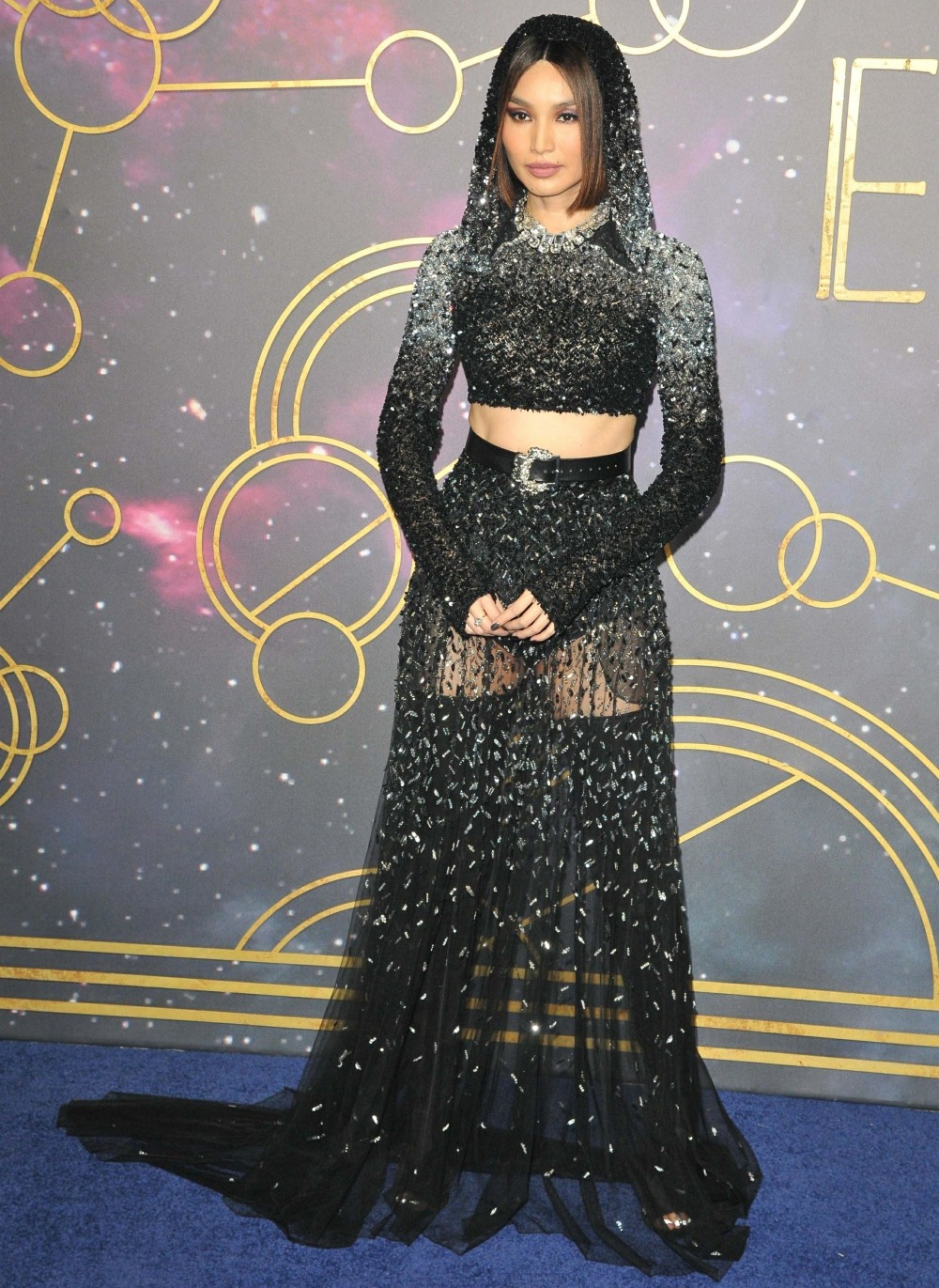 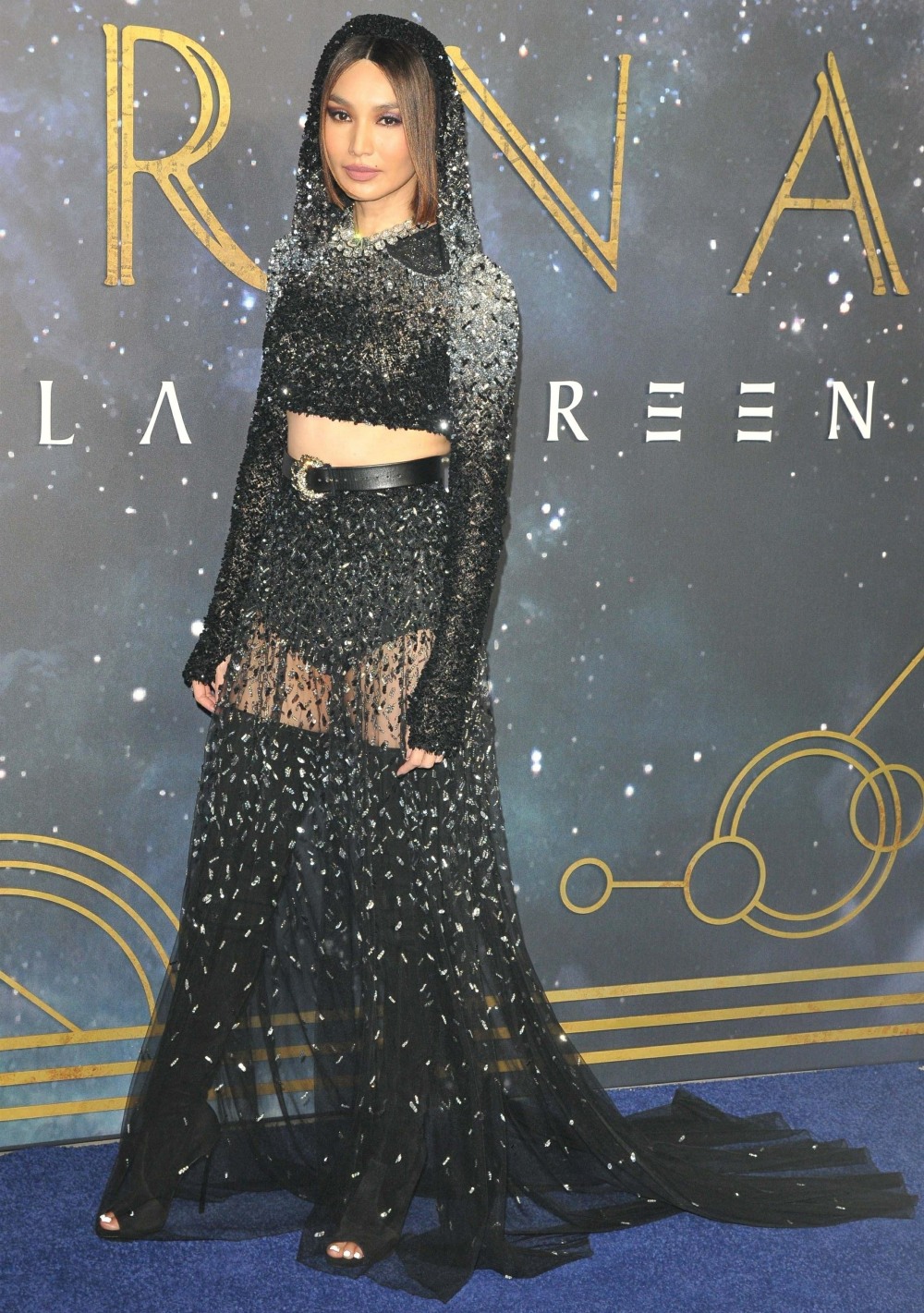 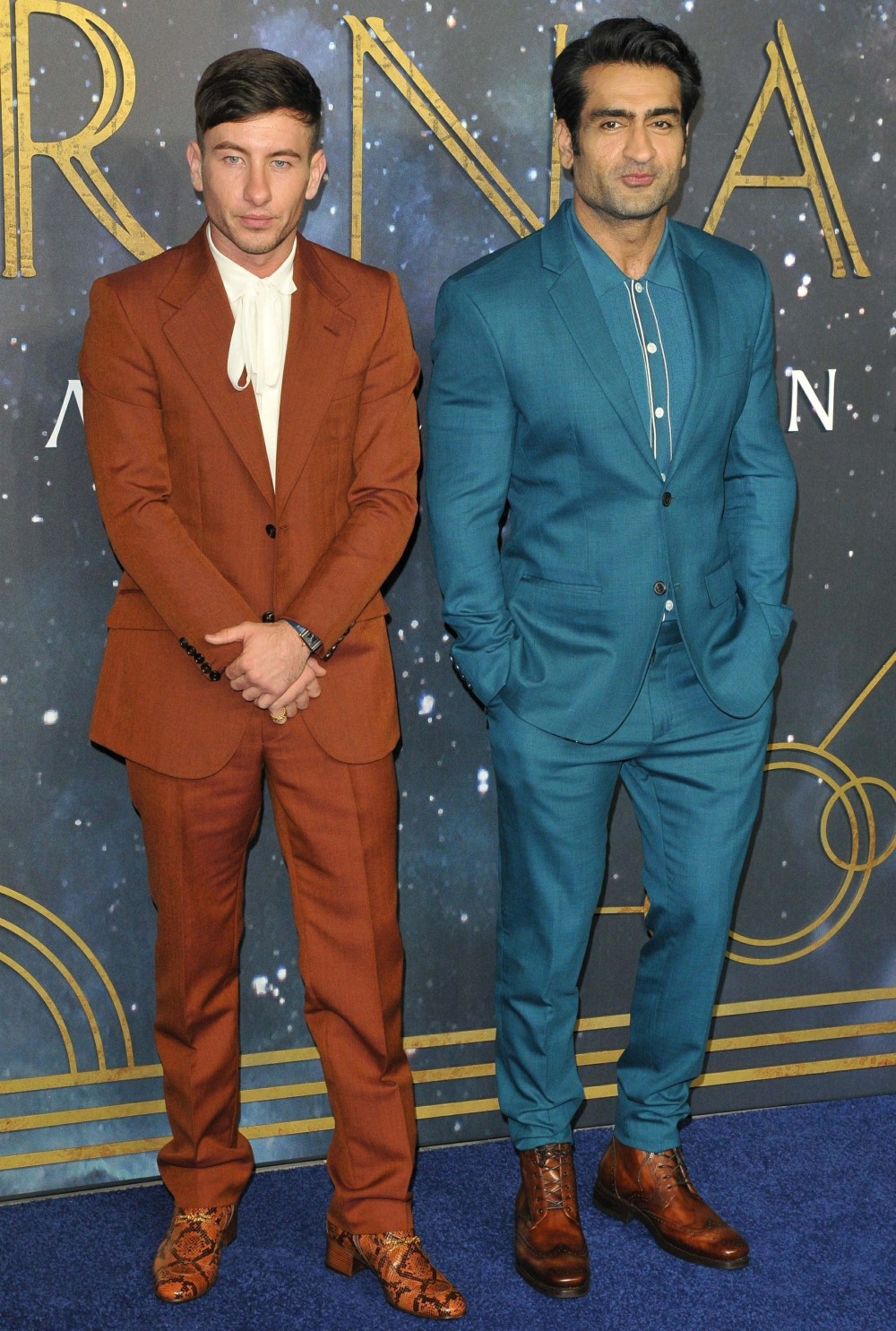 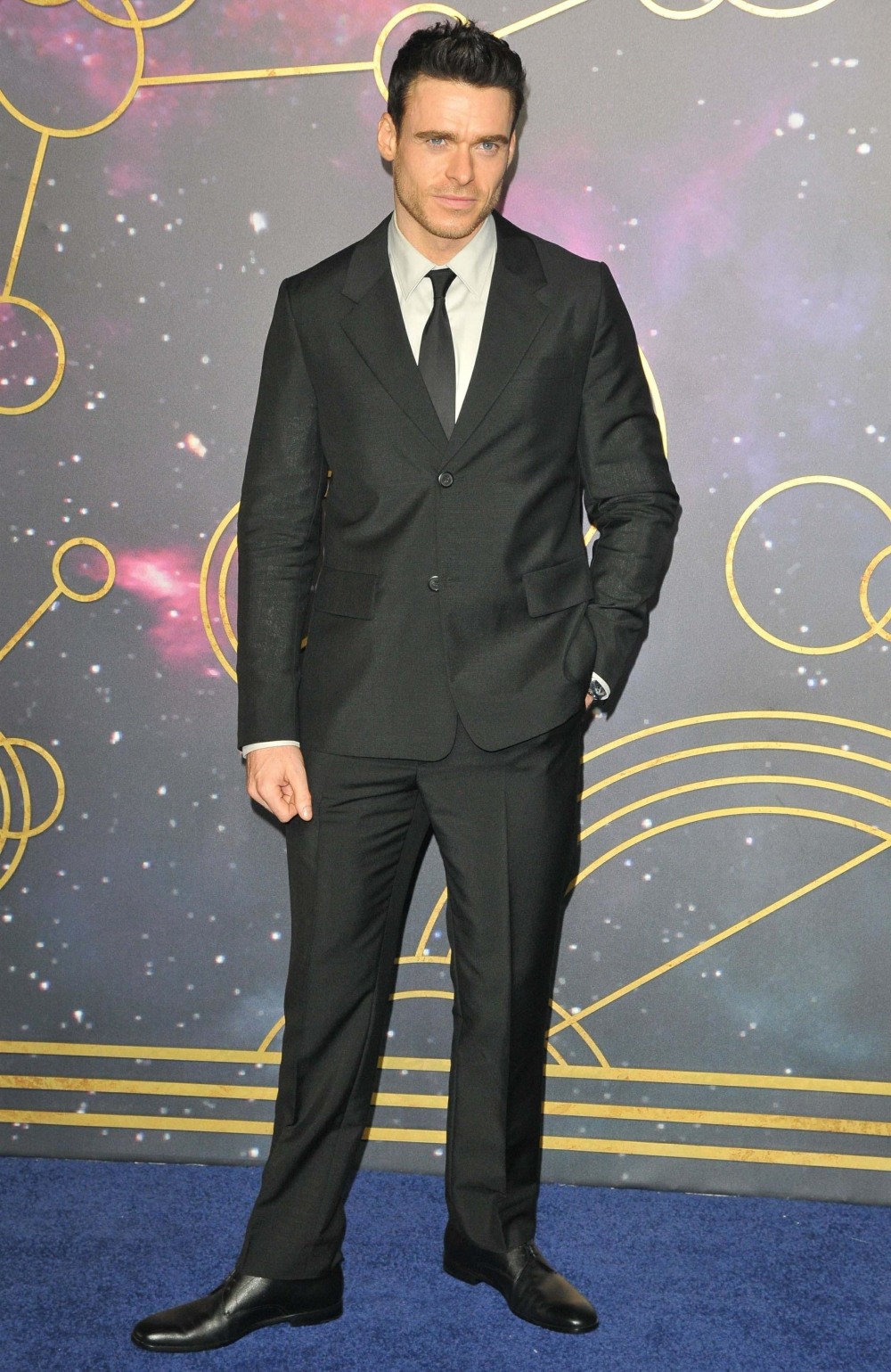