Dionne Warwick was on SNL: ‘I’m so excited for you that I’m here’ 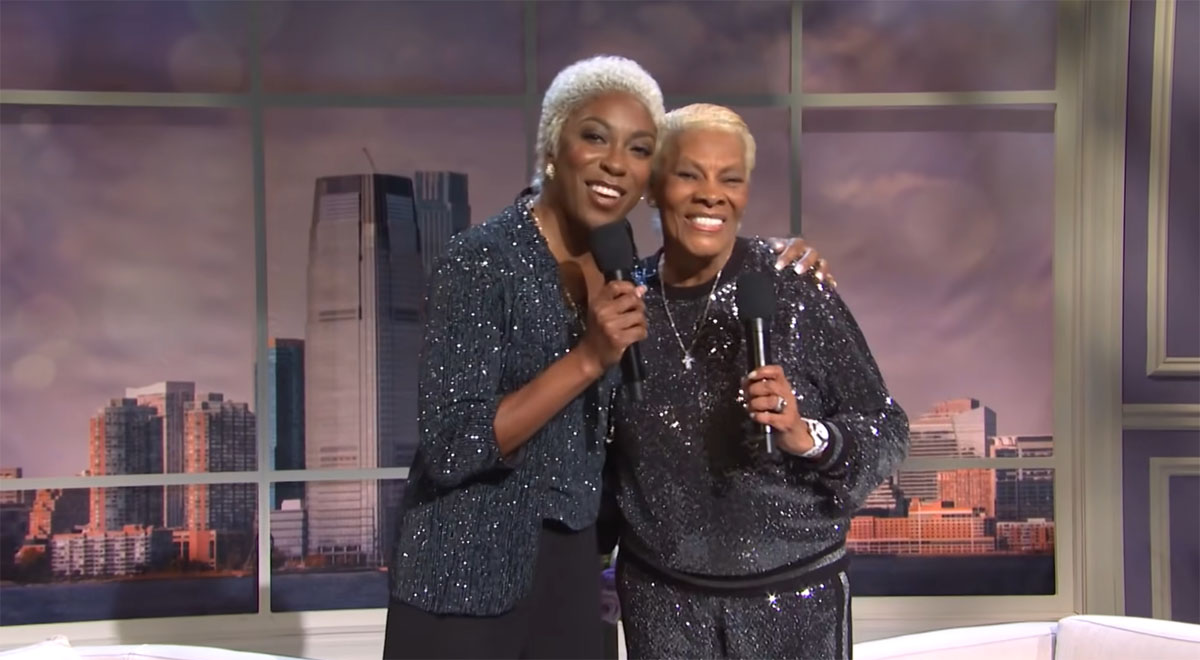 Auntie Dionne Warwick continues to entertain us on the bird app. Two weeks ago Dionne asked brands to tweet at her so she could drag them. (Dionne has a very personal beef with mayo.) Dionne is definitely making fun of herself. It is no surprise that she made a guest appearance on SNL in a skit in which Ego Nwodim reprises her role, as well, Dionne Warwick. The shenanigans that ensued were pure comedic gold. Here are a few highlights via People:

“You know what? I’m tired of interviewing people who are not icons. Please welcome me,” Nwodim, 33, said as the real Warwick joined her onstage in a sequined sweatsuit, telling her: “I’m so excited for you that I’m here.”

The dueling Dionnes were comedic gold during the brief appearance. “Well, let me ask you something. Dionne, why are you perfect?” Nwodim asked, as Warwick responded, “Darling, I’m not perfect, just very, very good.”

They covered some important topics like Dogecoin and the question on everyone’s mind: “Why aren’t people just called Burt Bacharach anymore?”

Warwick and Nwodim closed out the sketch with a duet of the 1965 song “What the World Needs Now is Love” by Bacharach and Hal David. “Damn, we look good,” Nwodim mused in between lyrics.

The “I Say a Little Prayer” artist later raved about her experience on the show, praising Nwodim and costar Punkie Johnson, who plays Warwick’s niece and social/branding director Brittani Warrick.

“I had fun at @nbcsnl,” Warwick wrote on Twitter. “Thank you to @eggy_boom (ME), @Punkiejohnson (as @BrittaniWarrick), and to the writers, cast, and crew. I had a wonderful time with you all.”

This segment of SNL was one of my favorite things this weekend besides seeing Eternals with my friend. I returned home after watching Eternals to this clip and it made me smile even more than I already was. Seeing how gracious Dionne was toward Ego was the sweetest thing and I could tell that Ego was a bit giddy about having Dionne there. I loved how Ego didn’t miss a beat and that Dionne was able to laugh at herself and not take the segment so seriously. The duet at the end was hilarious. I also liked the part of the segment where Ego as Dionne was dragging “Jason Mraz” to the point that he just walked out of the “interview.” The constant breaking out in song is exactly what I picture Dionne would do. Also, one of my other favorite segments within this segment was her interview with Ed Sheeran. I hollered when Ego asked Ed if he was a “dirty boy!” I know that Dionne is 80 but I hope to see more appearances from her. I also hope Dionne continues to regale us with her fun tweets because Auntie stays entertaining us. 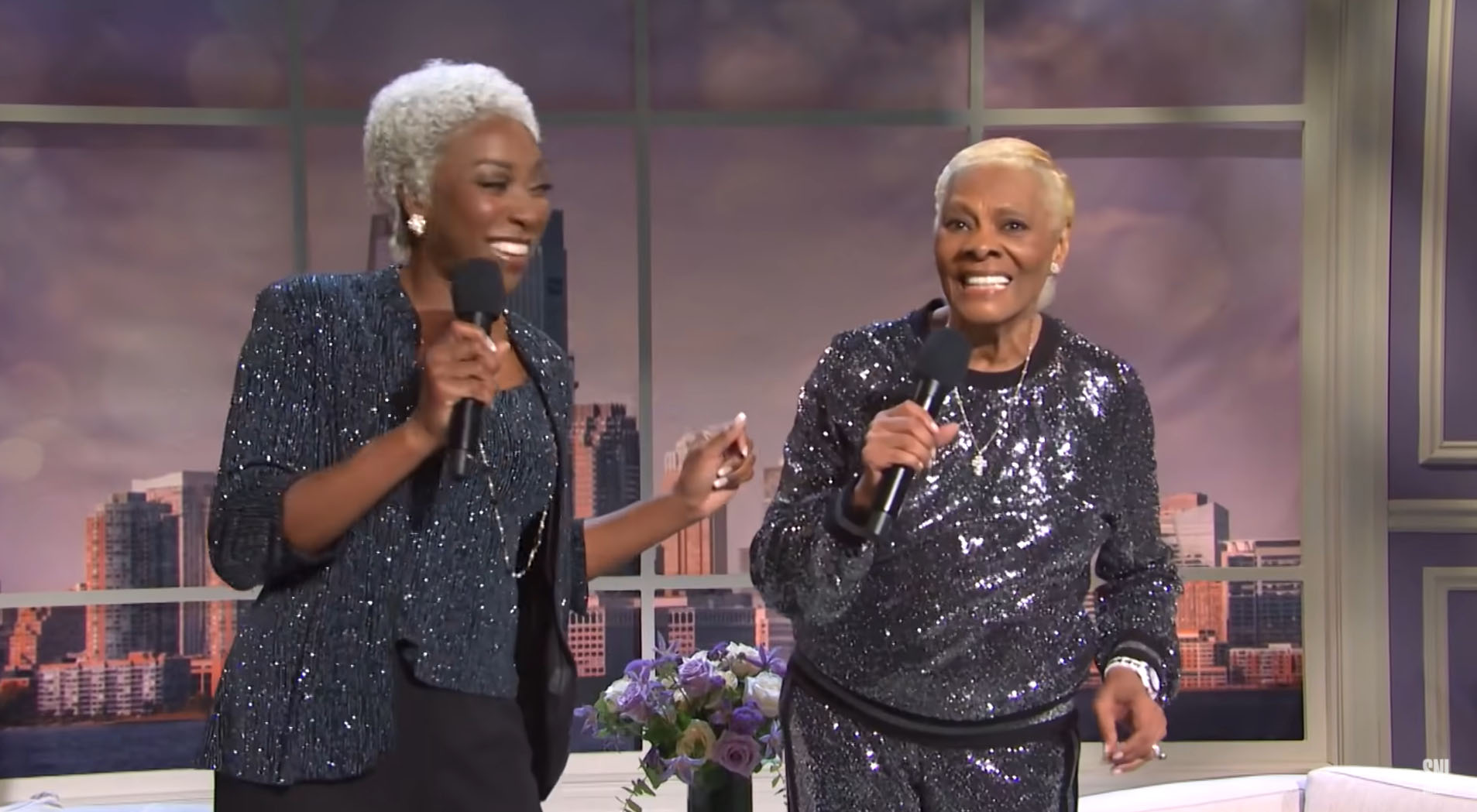 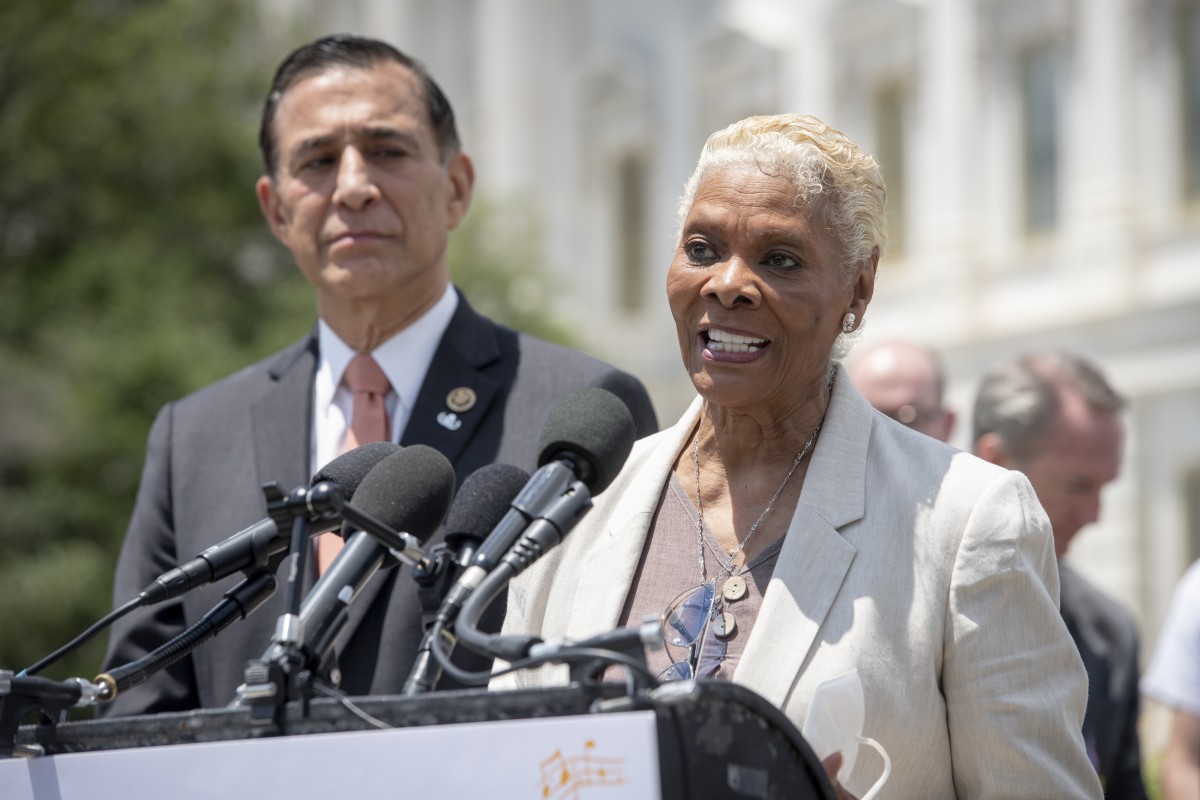 23 Responses to “Dionne Warwick was on SNL: ‘I’m so excited for you that I’m here’”