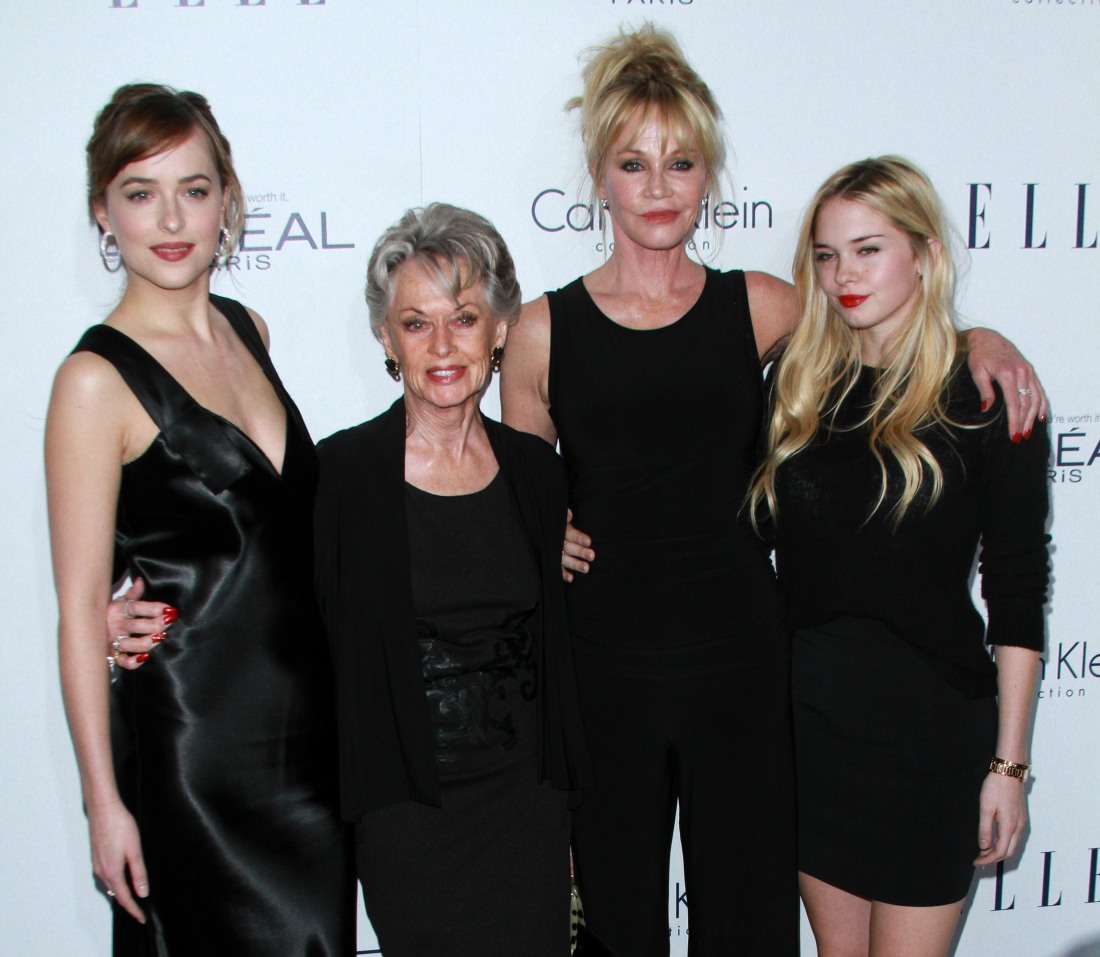 While I’m not really a Sienna Miller fan, one of her best films is arguably The Girl. In the film, Sienna plays Tippi Hedren and the film focuses on Alfred Hitchcock sexually harassing her and making her professional and personal life a living hell for years. While Tippi Hedren was a woman ahead of her time, she was still living and working in the 1960s, when “workplace sexual harassment and assault” wasn’t a conversation or a political issue. If you were a woman who got harassed at work, there was nowhere to go, no protection, no recourse. Tippi Hedren detailed Hitchcock’s vile behavior towards her in her own memoir, and she is still alive and very close to her granddaughter Dakota Johnson. During the Hollywood Reporter’s Awards Chatter podcast interview, Dakota grew emotional when discussing what her grandmother went through.

Dakota Johnson is opening up about her grandmother Tippi Hedren’s experiences working in Hollywood. The Fifty Shades of Grey star sat down for a live taping of The Hollywood Reporter’s “Awards Chatter” podcast where she said Hedren — the mother of actress Melanie Griffith — “was encouraging” of her when it came to pursuing an acting career despite the abuse she endured in the industry.

“She’s always been really honest and firm about standing up for yourself. That’s what she did,” Johnson said. “[Alfred] Hitchcock ruined her career because she didn’t want to sleep with him, and he terrorized her. He was never held accountable.”

Hedren worked with the director in the 1963 film The Birds as well as 1964’s Marnie. In her 2016 memoir, Tippi, the actress, now 91, claimed she was sexually assaulted by Hitchcock several times during the making of both films.

“It’s completely unacceptable for people in a position of power to wield that power over someone in a weaker position, no matter the industry,” Johnson continued, growing emotional. “It’s hard to talk about because she’s my grandmother. You don’t want to imagine somebody taking advantage of your grandmother. I think the thing that she’s been so amazing for me and with my mother is just like, no you do not put up with that s— from anybody. She would say it in a far more eloquent way. She’s such a glamorous movie star, still.”

Hedren recounted her experiences with Hitchcock, who died in 1980, in her memoir, saying the director would have his driver drive past her home and had once asked Hedren to “touch him” while they were working on The Birds. She also said the director once tried to force her to kiss him in the back of a limo, writing in the book, “It was an awful, awful moment.”

Watching The Girl, it’s genuinely shocking how little effort anyone made to check Hitchcock’s completely disgusting behavior. The abuse and harassment didn’t just happen one-on-one. Hitchcock’s wife knew his behavior towards Tippi was obsessive and gross. Tippi’s costars in The Birds and Marnie knew that Hitchcock isolated her and was obsessed with her. No one did anything because that was Hitchcock’s power within the industry. But the craziest thing is that I bet all of our grandmothers had some equally awful stories about men abusing their power. The more things change, the more they stay the same. 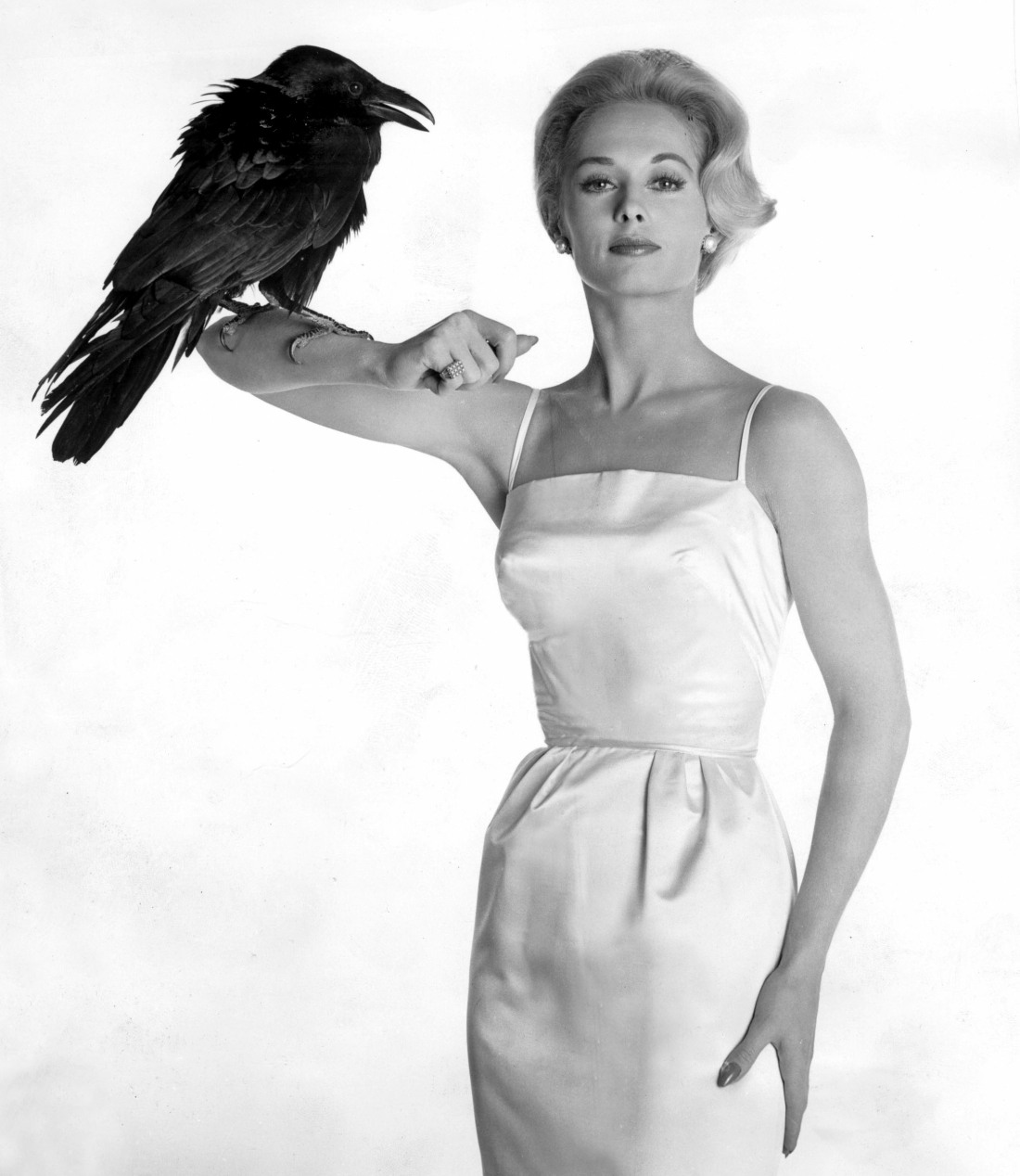 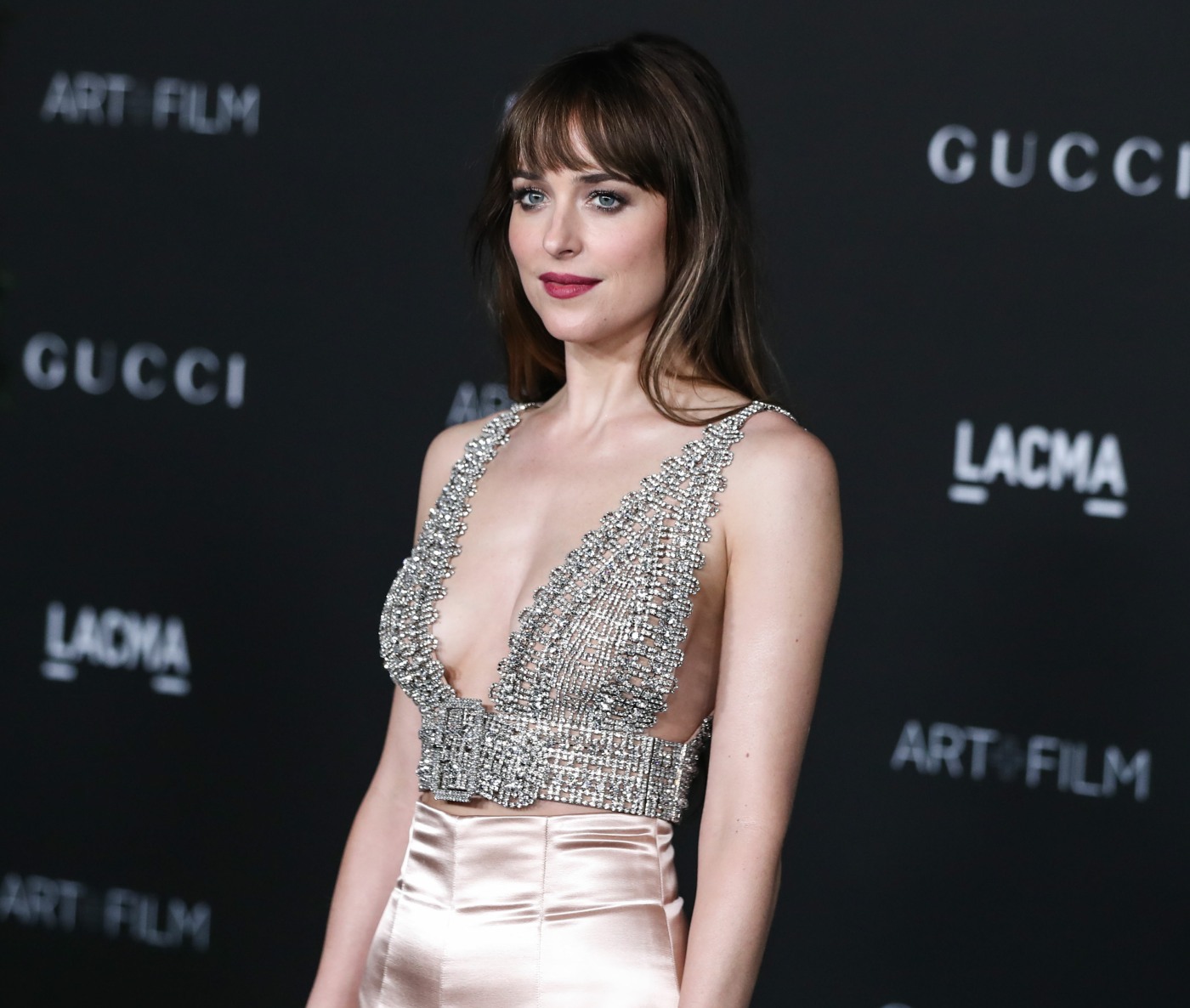