George Clooney was ‘gobsmacked’ when he learned Amal was expecting twins 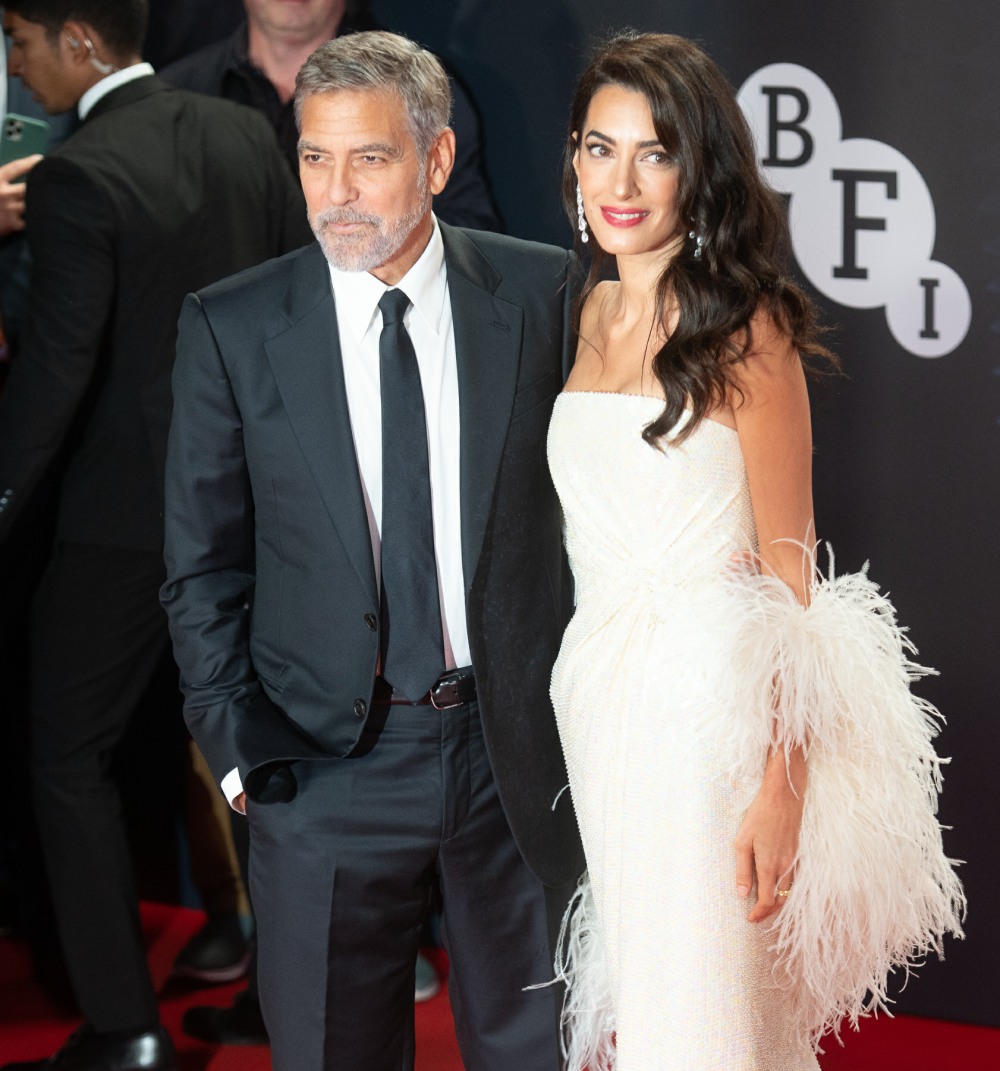 While George and Amal Clooney never confirmed it, I always assumed that they had some medical help conceiving their twins, Alexander and Ella. Given George and Amal’s ages and given the twin thing, I just assumed it was IVF and none of our business. George and Amal don’t have to tell us everything and it’s not like IVF is some scandalous or secretive thing. So many people get help. Well, George gave an interview to Marc Maron’s WTF podcast about how surprised he was when Amal got pregnant with twins? He also says that they didn’t talk about parenthood until after they were married??

George on how he felt before Amal: “Listen, I didn’t want to get married. I didn’t want to have kids. And then this extraordinary human being walked into my life and I just fell madly in love. Then I knew from the minute I met her that everything was going to be different.”

He didn’t know about twins: “I didn’t know I’d have twins. There is that moment when you go to the doctor and they pull out this piece of paper which is a sonogram and they go, ‘Here’ and you go, ‘It’s a baby boy.’ I’m like, ‘Baby boy, fantastic.’ And then they said, ‘And the other one is the girl’ and I was like, ‘Oh s—t.’ [Amal's] sister has twins and I was gobsmacked because… I was kind of up for one. … I love it now. And thank God they have each other during the pandemic.”

When he & Amal first talked about having kids: “So we’ve been married for about a year and we were at a friend’s house, and they had a kid there which was loud and obnoxious and I was like, ‘Holy s—t.’ We went outside for a walk. And she’d never thought about it, really. And so then she said, ‘We are awfully lucky in life.’ And I said, ‘Yeah, we are lucky we found each other.’ She said, ‘Seems like that luck should be shared with some other folks.’” The actor said he “thought about it for maybe a minute” and didn’t think either of them had “made a decision” about kids at the time. “And then I just said, ‘Well, I mean, if you’re in’ and she said, ‘I think we should try.’ I have to say it was very emotional because I really was convinced that wasn’t my lot in life and was comfortable with that.”

What he wants to instill in his kids: “I’m really aware of a couple of things, which is I’m aware of the danger of celebrity with kids and I’m aware of the danger of having means with kids,” he said, recalling his own childhood when his mother made his clothes and when his family moved around due to his father’s jobs. “I learned to be scrappy because of that. You can put me in any situation, I can survive.I can survive anything. I had to make sure that that’s something that our kids get. That’s important to me.”

Just because that was the first time Amal talked about kids with George doesn’t mean it was the first time she’d thought about it! He makes it sound like a woman had gotten to her late 30s, landed one of Hollywood’s most eligible bachelors and somehow never thought about motherhood! What’s funny is that when Amal talks about her life, her marriage and motherhood, she’s very matter-of-fact. She’s very organized, she’s very lawyery, she’s not a head-in-the-clouds romantic. She probably thought “I’ll settle in this marriage for a year and then we’ll have a baby.” Also: please, people, talk about these subjects (money, real estate, babies) before you get married! 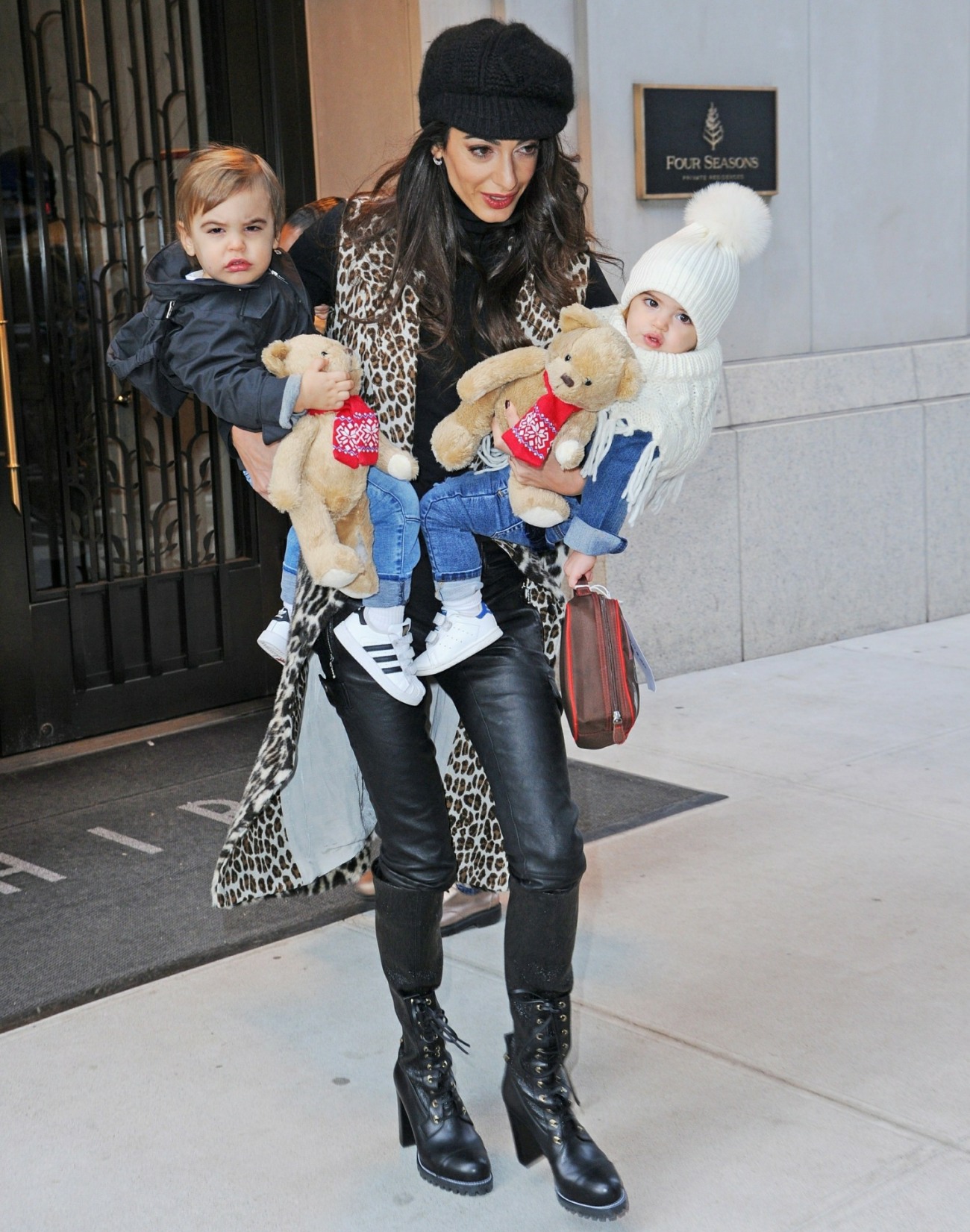