Jennifer Lawrence: Leo DiCaprio watched me hork up a magnet on ‘Don’t Look Up’ 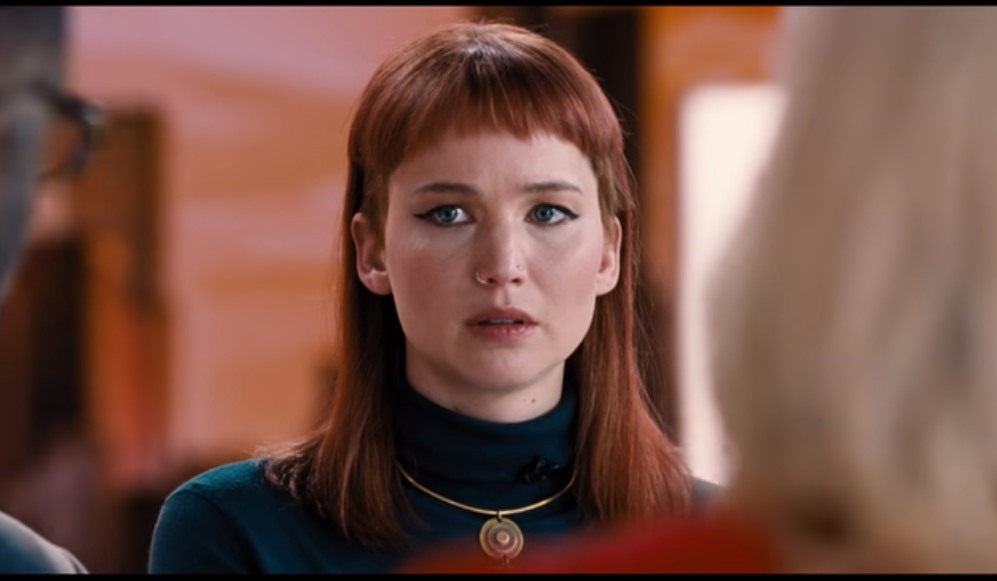 Adam McKay’s Don’t Look Up filmed during the peak of the pandemic here in America, and no one could really understand how McKay even assembled this crazy ensemble full of A-listers. Leonardo DiCaprio and Jennifer Lawrence are the leads, the supporting cast includes (no joke) Meryl Streep, Cate Blanchett, Tyler Perry, Timothee Chalamet, Jonah Hill and Ariana Grande. The full-length trailer came out this week and it looks funny/weird:

Quelle surprise, Jonah Hill looks like he’s the one delivering all of the funniest lines. I will be very interested in hearing about whether Meryl could keep a straight face in all of their scenes together. It sounds like Jennifer Lawrence could not keep a straight face at all – she chatted with Vanity Fair about the film and how many times she accidentally snorted up her magnet nose ring:

As the first trailer for this Adam McKay–directed satire premieres, J.Law is offering Vanity Fair intel on everything from filming the Oval Office on a soundstage in Boston to meeting her costar Ariana Grande. “That was one of the coolest days of my life,” she says in the clip above. “I took a picture with her; I looked like a radio-contest winner.” Lawrence also broke bread with Jonah Hill, who plays the son of Streep’s commander in chief and her chief of staff. “It was really, really hard filming with Jonah and just not ruining take after take laughing,” she says. “We one time dedicated an entire day to him just improving insults at me. It was amazing. He’s a comedic master.”

Diving into Don’t Look Up involved a physical transformation for Lawrence, including an auburn-colored wig and two pesky nose rings. “In part of my research for the film, I spoke to a female astronomer,” Lawrence says of crafting her character, Kate Dibiasky. “We kinda decided that Kate is the type to be fierce and ‘notice me, hear me roar, rat-tat-tat’ kind of lady. And the nose rings…one just kind of hangs in; one is a magnet. And many, many times I accidentally inhaled said magnet and had to spit it out in front of Leonardo DiCaprio.”

Sharing the screen with a three-time Oscar winner presented its own set of challenges, of course. “Yeah, I mean, Meryl Streep was our last choice,” Lawrence quips. “Unfortunately, so many other actresses passed, and we ended up with Meryl Streep.”

I bet Leo kind of loved seeing Jennifer Lawrence hork up a magnet every day after she accidentally snorted it. Why am I laughing so hard? J-Law has such a way with imagery. I actually think that, in another dimension, Jennifer Lawrence would have been just Leo’s type. Well, not discreet enough, so there’s that. Ever since Once Upon a Time in Hollywood, I’ve become sort of a late-in-life Leo fan – I think he’s become a much better actor as he’s aged, and it’s nice to see him in something lighter and silly, where we get to see his comedic chops. 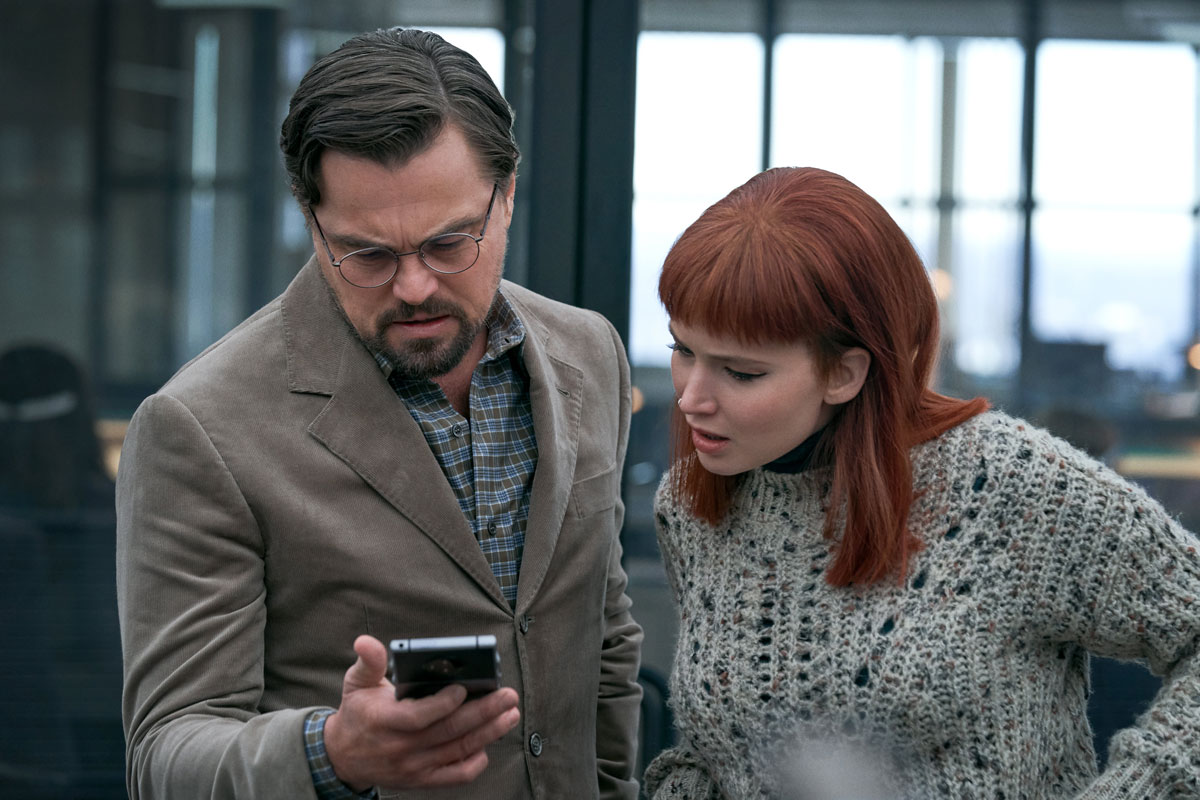 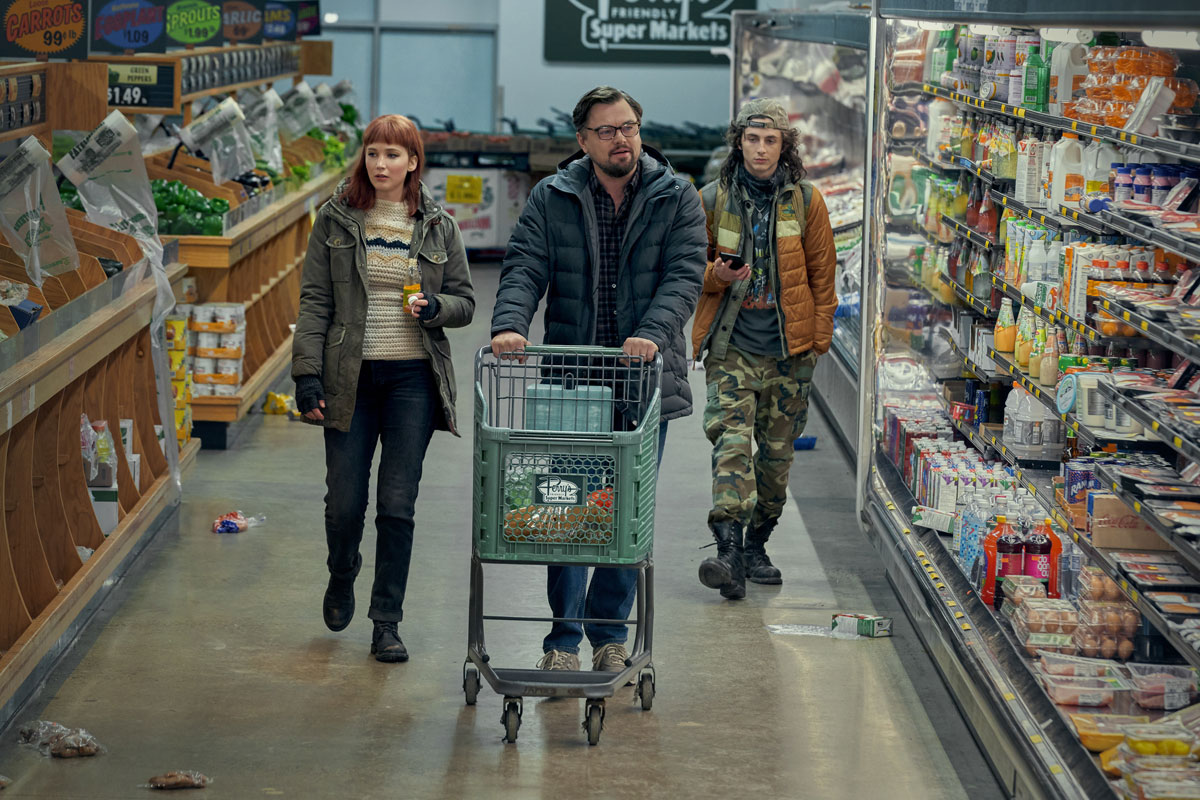 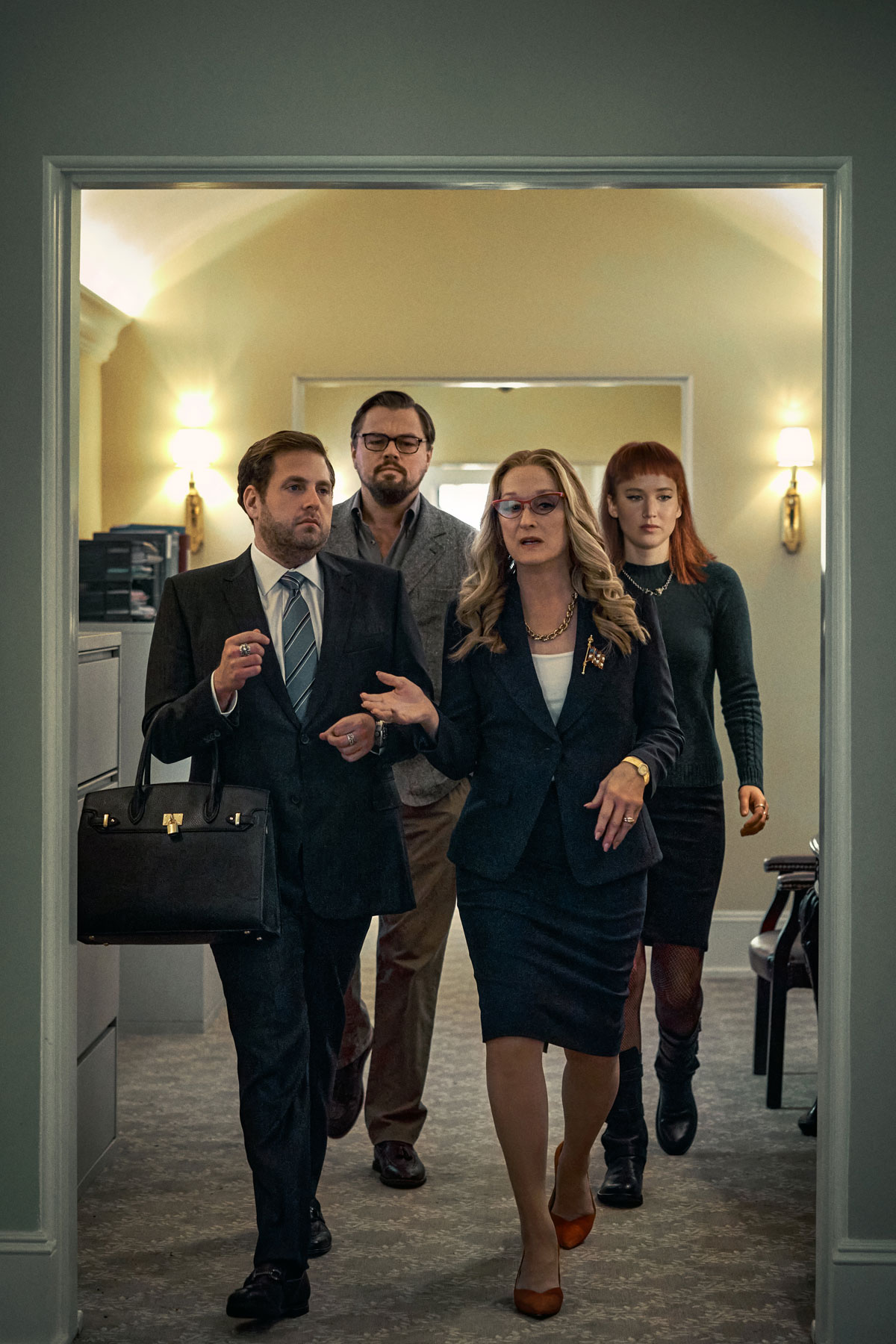 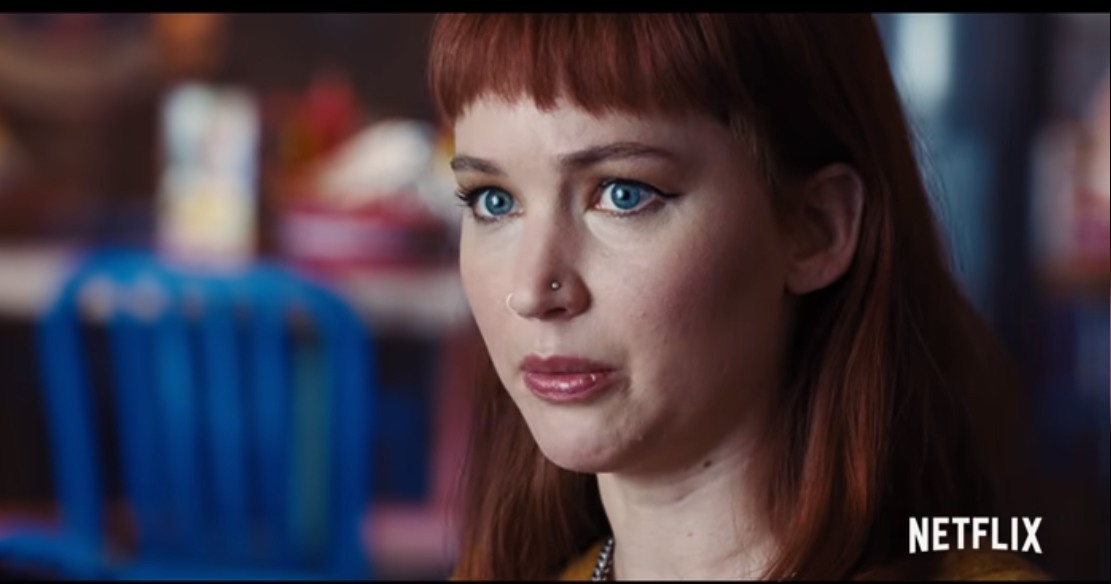 24 Responses to “Jennifer Lawrence: Leo DiCaprio watched me hork up a magnet on ‘Don’t Look Up’”