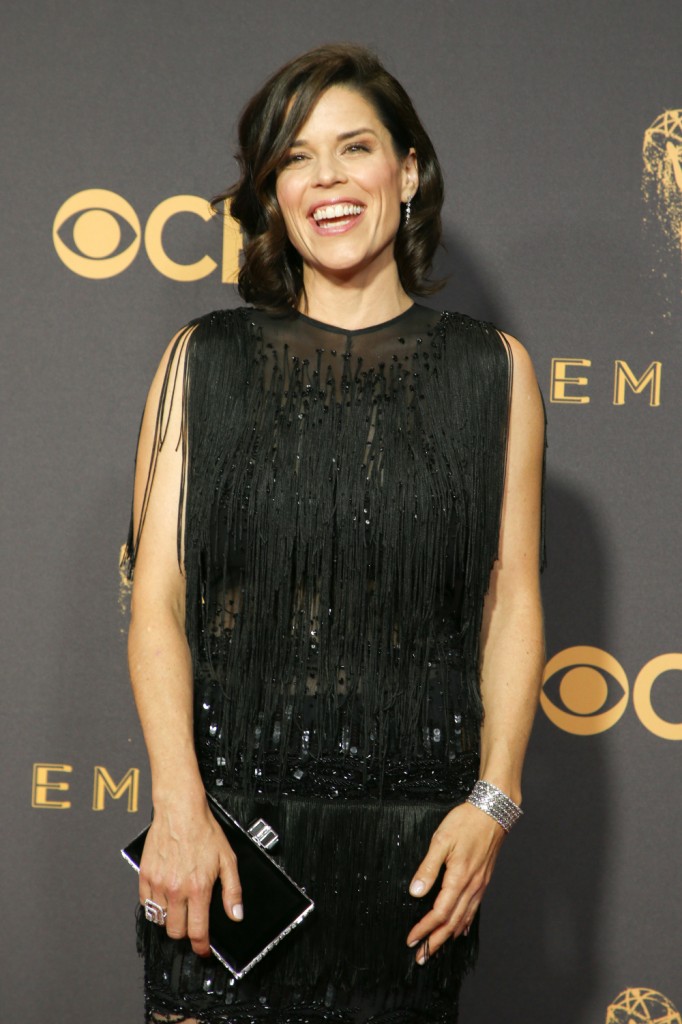 Neve Campbell appeared on The Kelly Clarkson Show on Wednesday to promote Scream. As a quick sidenote: Kaiser called it, Kelly is finding her footing as an interviewer. Her show is much improved this season. I’m glad because I love Kelly. Anyway, back to Neve – this story is bananas. Neve was attacked by a bear. I saw the headline and thought that maybe she was in a cage or car or something that felt threatening but wasn’t. But no, she was dragged into the woods by a bear! What’s worse was she was put in the bear’s path by her own film team. While filming in Canada when she was only 17, a trainer told her to dip her hand in honey and run… and then they let a bear chase her. Okay, it was a little more orchestrated than that, but it went awry, and almost cost us Neve. I posted the clip of Neve telling the story below, but I am using Yahoo’s translation because they already did the work and I’m lazy today.

During Wednesday’s episode of “The Kelly Clarkson Show,” actor Neve Campbell recalled a scary on-set incident where she was attacked by a bear while working on a movie in Canada.

“I was 17 years old and I was playing this role where she’s one with the animals,” Campbell explained.

“That’s ironic,” Clarkson joked, laughing, as Campbell continued.
“Yeah,” Campbell said. “And there was a scene where I’m supposed to be getting chased by a bear, the only animal I’m not one with in the movie, and they brought this bear on set.”

“They first gave me a big bottle of Coke to feed it,” she said before clarifying that it was Coca-Cola. “So now this is like a bear on a sugar rush. And then they said — and I’m 17, so I’m really dumb. They say ‘Dip your hand in honey and just run and when you get to the tree over there, turn around and stick your hand out, and feed the bear.’ And I, of course, wanting to please everyone was like, ‘OK.'”

However, when Campbell did what she was told, she realized that the bear had its own agenda.

“I turn around, and I put my hand out, and the bear is not slowing down,” she said. “He’s not coming for my hand and he grabs me by the leg, and he pulls me through the forest. And my mother happens to be visiting the set so she’s screaming, the whole crew is frozen because no one can believe what’s happening.”

Campbell said that she started yelling that the bear was biting her, just in case nobody understood what was going on.

“Then finally, the bear wrangler starts throwing rocks at the bear to get it off me and it finally gets pissed off and turns around and goes after him and I run and go up a rock,” Campbell said.

I’ve mentioned before that I have a brother who lives in Alaska. There’s a reason any movie about Alaska always features a bear attack. And when you visit people in Alaska, they talk to you very honestly about bear attacks so that you do nothing to put yourself in the path of a bear. In short: I am terrified of bear attacks. If this trained movie bear had grabbed my foot, I’d have passed out before my head hit the dirt. I honestly don’t know if I could’ve recounted the story as whimsically as Neve did. And I am p*ssed off on her behalf that the crew simply froze. If there is an apex predator on the set, I don’t care how trained they are, everyone should be ready for that thing to attack at all times. Could you imagine what her poor mother went through? And all Neve can hear is her mother screaming because the whole crew is frozen in panic. Well, her mother screaming and the bear putting bbq sauce on her foot.

Neve said that after they got her and the bear to safety, they said they were not doing that again. But because she was 1) young and 2) still such a people pleaser, she fought them on the decision. She argued that it had only been a rehearsal and they needed it on film. I have no idea who won out in the end. I guess it was whoever’s side the bear was on. But Neve recognizes she would have done everything in that scenario differently now. Kelly was funny because she said she wouldn’t have done it in the first place, “Oh my God actors are so different from musicians. Like I can’t express this enough. Literally if I was in a music video and that went down… I would be like bye ladies and gentlemen. CGI, get my stunt double in.”

Here’s the clip. It’s much funnier hearing them tell it: 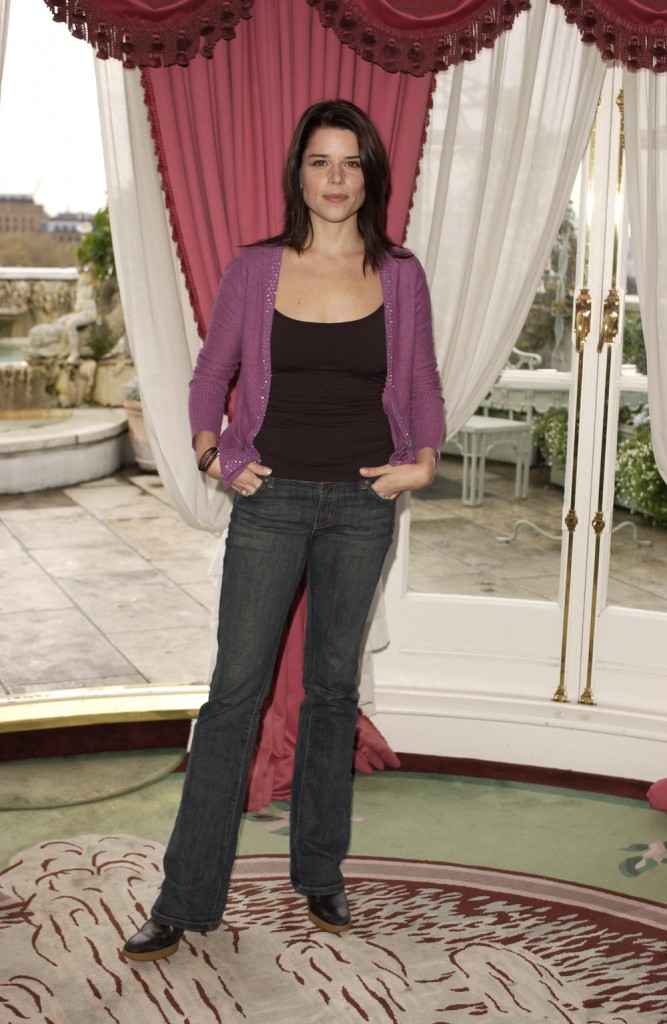 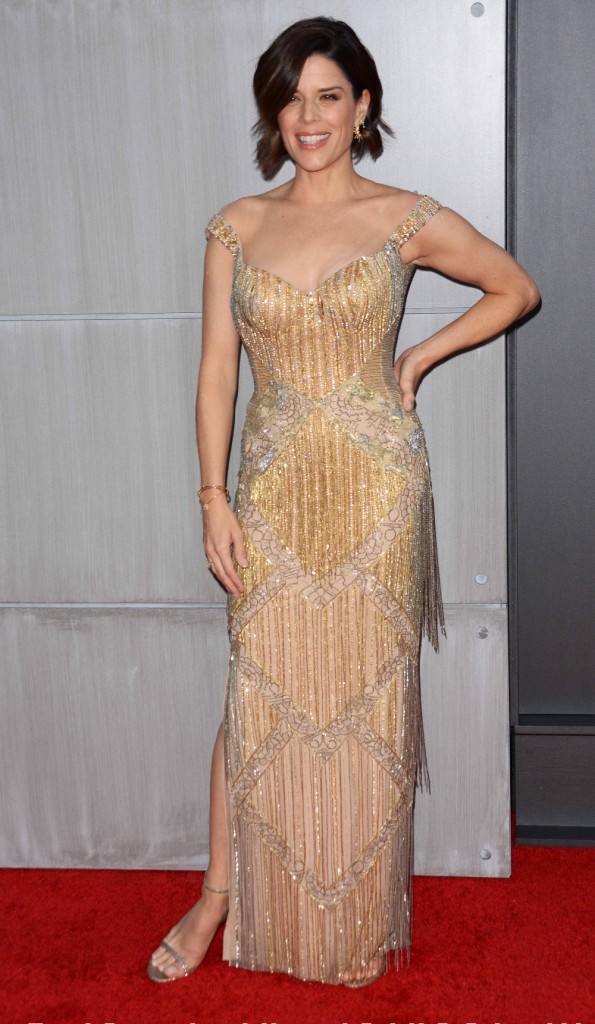